I enjoy spending as much time as I can between the covers of a book, traveling through time and around the world. When I'm not having adventures with fictional characters, I'm an attorney in Virginia and I love just hanging out with my husband, little man, and the cat who rules our house.
http://www.goodreads.com/lynnaar
Twitter

I think I may have been overthinking TBR Challenge a little bit. When I tried to pick out a book from my bookcase that would be “unusual”, I found myself wondering, “Unusual to whom?” After all, Romancelandia is becoming an ever larger and more varied place. Settings I consider unusual based upon what I’m normally able to find may feel like home to someone else. In the end, I chose a book that turns a familiar trope (doctor-nurse) on its head, and looks at a favorite category romance setting from a different angle. Caz went for an uncommon historical setting, and a book which features a new slant on Arthurian legend. END_OF_DOCUMENT_TOKEN_TO_BE_REPLACED

The Bluestocking Duchess by Julia Justiss

Julia Justiss’ historicals often read somewhat like trads with a little extra depth to them, so I pulled The Bluestocking Duchess out of my stack and came away quite charmed.

The hero and heroine start off on somewhat equal social footing. Jocelyn Sudderfeld is the daughter and sister of scholars who work under the patronage of the Duke of Farisdeen. Her father is somewhat retired, but Jocelyn spends her days assisting her brother with translations of Greek drama. And in her off hours, she enjoys her friendship with Farisdeen’s estate manager, a distant cousin by the name of Alex Cheverton. Their friendship sometimes turns a bit flirtatious, but both know it isn’t going anywhere. Jocelyn doesn’t dare let just anyone close enough to discover just how deeply involved she is in her brother’s scholarship, and Alex has promised the Duke he will not marry for at least ten years after beginning his employment.

The book starts off mildly enough and I […]

For voracious readers, a theme like “authors with more than one book in your TBR” yields almost an embarrassment of riches. It could be contemporary, historical, light, angsty – so many choices. In the end, we went for very different books, but we both found enjoyable reads. What authors do you have piled up in the TBR? END_OF_DOCUMENT_TOKEN_TO_BE_REPLACED

I love romantic suspense, so “secrets and lies” was a perfect prompt for me. I went digging through my category romances and came up with one that has a rather unusual twist. I’ve dealt with books that have big secrets or people living double lives, but could your whole life be a lie without you realizing it? That’s the premise of Dangerous Deception.

Rachel Garrett appears content with her life in small town Oregon. She works at a coffee shop in Sleepy Cove. It’s the kind of town where everyone seems to know everyone – and Rachel’s friends are all loyal and protective of her. Rachel suffered a terrible car accident some months prior to the main action of the story, but her friends have helped her get back on her feet.

Rachel’s peace is interrupted by a mysterious man she has seen standing outside and watching the coffee shop. One day he is able to speak to her, and tells her […]

the Wayback on Wednesday: Attractive Men 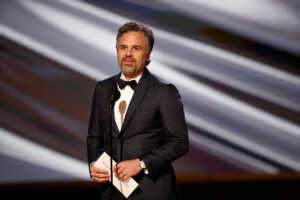 Last week, I talked to two stunningly attractive men. There I was, happily married and all, just talking to them, and came out with my toes tingling and a broad smile on my face because that’s how hot they were. Because this happened within two days, it got me thinking about what made these men so very attractive. One is a colleague, and admittedly he is tall and dark, but he is definitely balding and deals with this by shaving his head. The Jean-Luc Picard look, if you want. So he is passably good-looking, if you like that style, yet what makes him breathtaking is not his looks, but the way he deals with you. His gift is true attention to people.

It’s fair to say that I enjoyed this novel a lot more than the reader who wrote AAR’s original review back in 2008. This Regency historical has a touch of the paranormal to it, and some of the plot touches are more than a little bit tongue in cheek. I found it charming and I was totally sold on the HEA by the end, even if things did drag a tad in the middle.

Amelia (Amy) Bourne comes from a magically talented family, but when she accidentally turns her uncle’s home cobalt blue, he reacts by curtailing her powers and sending her to London in the hopes she can snag a husband and settle down. Indeed, Amy finds herself madly in love with Sebastian (Fox) Stapleton – after drinking punch at an event.

The plot thickens when the two become engaged and Amy goes to stay with Fox and his family. Amy’s host sends his unfriendly daughter along and once […]

the Way Back on Wednesday: Family Ties

Judging by what I see on shelves, romance readers love seeing everyone in a family falling over each other to get married. Just about every subgenre seems to have more than its fair share of series about brothers and sisters finding love. I enjoy a good story world, but I have to admit to puzzling over why so many series had to be about sets of siblings. Perhaps it’s because in real life, very few siblings I know fell in love and married one right after the other. Don’t get wrong; I don’t DISLIKE family series. I just never understood the overwhelming popularity. END_OF_DOCUMENT_TOKEN_TO_BE_REPLACED

Anne of Manhattan by Brina Starler

Anne of Green Gables reimagined in the twenty-first century? Sign me up!  I have read and reread L.M. Montgomery’s books several times over, and I was very curious to see how Anne of Manhattan would stand up. I follow the author on Twitter and her descriptions of the book caught my eye, as did the promise of more romance between Anne and Gilbert.

Brina Starler does a lot of things that work in this novel. Rather than trying to recreate an idyllic Prince Edward Island life, she moves her characters to New York. Anne and Gilbert are trying to find their way in NYC, and Avonlea is now a rural community on Long Island. I was initially wary, but it worked. In the twenty-first century, Anne’s deep love of Avonlea mirrored her early twentieth-century counterpart, and the modern place sparked to life very well.

I also enjoyed the romance between Anne and Gilbert. Anne Shirley and Gilbert Blythe are childhood enemies […]

The Fortune Hunter by Jo Beverley

At first when I saw the “old school” prompt, I immediately thought of my stash of 20+ year old historicals that I’ve picked up at various used bookstores. Even though some of these older historicals can contain some problematic plot points at times, I can deal with problematic reads as long as they’re written well.  Sadly, the ones I picked up just weren’t. One had a way too sunny approach to enslaved people, while another gave the heroine a delightful (ahem) choice between a sullen rapist and an alpha hero who lived for putting her down. Hard pass.

After these false starts, I decided to switch gears to “old school” Regency, and I picked up one of Jo Beverley’s trads from the early 90s. While The Fortune Hunter lacks the polish and depth of some of her later historicals, it’s still an enjoyable read. The heroine drove me batty at times, but there’s a sweetness to this tale that made […]

I’ve read four of Rushdan’s books, and I enjoy them because they tend to have intense, fast-paced action and very intriguing plots. Sometimes in romantic suspense, the romance gets lost in the action, but Rushdan balances things beautifully by often featuring couples who already know each other. Since the leads have a prior acquaintance, readers skip over the initial getting-to-know you niceties and we are believably dropped into the middle of the action and the budding relationship. It’s a formula that has worked well for her in the past, but in this book, Rushdan changes things up a bit.

In High-Priority Asset, Dutch Haas gets sent from Louisiana to California on a special assignment. so not only has he never met the heroine, he’s also new in town. Readers of earlier books in this series will remember that it is built around the branch of Witness Protection being run out of San Diego. An internal breach led to personal information about […]