Being Swedish but Writing in English by Asa Maria Bradley

When people hear that English is not my native language, they often ask me why I decided to write in English instead of Swedish. I don’t really have a clear answer for how that happened. I wrote stories in Swedish when I lived in Sweden. But once I moved the US, all my writing has been in English. Maybe it’s just a case of ‘when in Rome write in Latin.’ But, although I don’t write fiction in Swedish, my heritage definitely colors my work.

My paranormal Viking Warrior series is based on the Norse mythology and archaeology that surrounded me while growing up. As a child, I adored the picture books I had based on Norse mythology and once I could read more complex sentences, I read every book I could find in the library that had to do with Vikings and Valkyries. It was my seventh grade history teacher who first showed me historical fiction based on the Norse Sagas. He noticed my interest and gave me a list of books to read.

My books are contemporary paranormal romance, so my research is usually more focused on Norse mythology than history. Although, when you study Vikings, the two are often very much linked. And so when I’m back home visiting my mom and my brother and his family, I usually sneak in a trip or two to some historical Viking site. I grew up in the very southern part of Sweden and history lessons were a little problematic for my school teachers. If they went by the standard curriculum, we’d be studying all the kings of Sweden and the various wars they fought. However, the southernmost tip of Sweden was actually Danish until 1658 when it changed hands according to the Treaty of Roskilde. The people where a bit reluctant to change nationality and organized an uprising against the Swedish militia. It wasn’t until 1720 that things settled down and Skåne province (Scania) finally flew the blue and yellow flag. But the Viking history happened before the countries had really taken shape, so their history is shared throughout the Nordic countries. (Denmark, Norway, Sweden, Finland, and Iceland, including their associated territories, Greenland, the Faroe Islands, and the Åland Islands.)

And as researchers and archaeologists discover new things, our picture of who the Vikings were and where they were change. For example, my school history books listed Birka as the first major city of Scandinavia. Established in the middle of the 8th century on an island just outside contemporary Stockholm, it was an important trade and cultural center. Goods from Scandinavia, Central and Eastern Europe, as well as the Orient were bought and sold in Birka. It was also the site of the first known Christian congregation in Sweden. Today, it’s a UNESCO World Heritage Site and daily guided tours introduce visitors to the Viking era through reconstructed buildings and boats.

But now the Swedish history books may have to be rewritten. It turns out that Birka was not the first major trading post in the region. In 1934, a farm was built close to Uppåkra Church just outside Lund in Skåne. While digging to create the foundation, the farmer discovered what turned out to be a Bronze to Iron Age settlement. It was obvious to archaeologists that Uppåkra was a major find, but the sheer size of the project seemed to be too much to take on. The funds to create a proper archaeological site didn’t become available until the 1990s. At that point, archaeologists extended the site and introduced metal detectors in the search. They discovered close to 30 000 gold, silver, and bronze objects.

The very best part about Uppåkra Archaeological Center is that it is located ten minutes outside the town where my mom lives. That means I’ll have plenty of opportunity to revisit and see new fascinating historical discoveries come to light as the archaeologists slowly sift through the dirt, millimeter by millimeter.  It’s the perfect way of combining my Swedish and American sides. Research in Swedish. Write in English.

For more information about the treasures of Uppåkra, visit www.uppakra.se or check out the center’s Facebook page.

Astrid Irisdotter is a Valkyrie—a fierce warrior fighting to protect humanity from the evil god Loki and his brutal minions. She’s on an urgent mission for her queen when everything goes hideously sideways. Undercover agent Luke Holden arrives on the scene just in time to save her life—and put his own on the line.

Luke may have saved her, but that doesn’t mean Astrid can trust him. Tempers flare as they hide secret upon secret from each other, but Astrid’s inner warrior knows what it wants…and it will not take “no” for an answer. 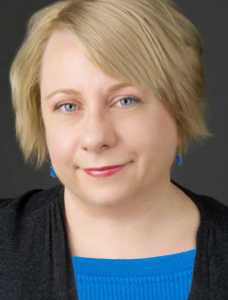 2016 double RITA finalist Asa Maria Bradley grew up in Sweden surrounded by archaeology and history steeped in Norse mythology, which inspired the immortal Vikings and Valkyries in her paranormal romances. She arrived in the U.S. as a high school exchange student and quickly became addicted to ranch dressing and cop shows. Asa currently resides on a lake deep in the pine forests of the Pacific Northwest with a British husband and a rescue dog of indeterminate breed. She graduated from the Inland Northwest Center for Writers program at Eastern Washington University with an MFA in creative writing and also holds an MS in Medical Physics from University of Colorado. Visit her at www.AsaMariaBradley.com, or follow her on Twitter @AsaMariaBradley.