Once Upon a Kiss

Jayne Fresina’s Once Upon a Kiss is the first in her Book Club Belles Society series, and I liked the idea of a historical book club, especially since the women in it are reading Pride and Prejudice. Unfortunately, a well-written story with clever, humorous turns of phrase is saddled with the most fingernails-on-a-chalkboard heroine I’ve ever encountered.

Justina Penny is the nineteen-year-old daughter of a doctor and has always lived in the shadow of her beautiful older sister, so she acts up to get attention. Justina also lives for drama, and in the small village of Hawcombe Prior, there isn’t much of that unless she creates it herself. So here are just a few of the things she does :

I think the author was going for spontaneous, spirited and funny. Unfortunately, to me, it’s  inconsiderate, immature and foolish, and I kept cringing in anticipation of what lunatic thing Justina would do next. Even the book club part of the story doesn’t work, because Justina goes on and on about how exciting Wickham is. Then again, she’s the second coming of Lydia Bennet – if Lydia was completely implausible.

As for the hero, you’ve probably guessed that he’s a tightly-buttoned-up grump. Darius Wainwright has inherited a property from his great-uncle in Hawcombe Prior, but he has no interest in living in a village. That said, there’s a rumor that his great-uncle buried a priceless treasure on the property. This subplot seemed mostly a reason to bring Darius and Justina together as they search for the treasure, and I wasn’t really caught up in it because Darius was in no need of money.

I liked Darius’s backstory and in any other romance, he would have been a sympathetic and interesting character. Here though, he’s constantly overshadowed by Justina. They fall in lust at first sight and she’s constantly afflicted by what she calls “Maiden’s Palsy” when she’s around him. Despite being a sheltered virgin, she enthusiastically goes down on him, but since I couldn’t help seeing her as an overgrown child, I had to skim the sex scenes.

That said, Ms. Fresina’s writing is polished and engaging, with a droll sense of humor that reminded me of Anne Shirley. In one of Justina’s diary entries, she bemoans their poorly prepared dinner and decides the cook must be trying to poison her.

If anyone should read this after my demise, please apprise my good parents of the cause and let them know I did love them dearly, even if I sometimes tried their patience intolerably. Cathy may have all my bonnets and my amber cross, although the chain is broken.

But the wit and energy of the writing couldn’t make up for a heroine who doesn’t give a single thought to her physical safety and reputation, let alone to other people’s well-being. In an historical, it’s even more unbelievable that a girl would cavort about like this while her parents do nothing about it. Readers who have a higher tolerance for such antics might enjoy Once Upon a Kiss. For my part, though, while I’d try other books by Jayne Fresina, I can’t recommend this one.

Buy it at: Amazon or your local independent retailer

I'm Marian, originally from Sri Lanka but grew up in the United Arab Emirates, studied in Georgia and Texas, ended up in Toronto. When I'm not at my job as a medical laboratory technologist, I read, write, do calligraphy, and grow vegetables in the back yard.

Buy Once Upon a Kiss by Jayne Fresina:

Oh no! It sounds like this one goes right past “feisty” and “plucky” and zooms into “brash” and “foolhardy.”

IMO, authors who want to write about girls engaging in madcap sexual hijinks should try a contemporary setting where it’s at least plausible that a young woman could handle premarital sex, unplanned pregnancy, and so on.

Fresina is interesting to me – I like her stuff but none of it sticks with me in the long run.

I have looked at all your reviews of Jayne Fresina, and she seems to have a lovely voice and some good humor, but somehow her books keep failing – has anyone read a book by her they loved?

She seems to have a lot of potential.

I’ve borrowed another of her books, The Bounce in the Captain’s Boots, and hopefully it will be better. She does have a lot of potential, but after getting burned, I avoided any Fresina books with blurbs that say the heroine is “adventurous” or “impertinent”. Part of the fun of historical fiction, for me, is that there were different standards of conduct, but if the characters behave as though those don’t matter, I’m not likely to enjoy the story.

I generally do not like thoughtlessness and disregard of others – I can understand it in very childlike persons, or as an occasional situational need, but I do not enjoy reading heroes or heroines who just believe their need, or issue, or dream, is so important that all others can be disregarded.

Also, I agree, a historical where all the then binding rules of conduct are flaunted is irritating to me, too.

Yeah, to me “impertinent” means Elizabeth is politely snarky to show Darcy his standoffishness doesn’t affect her. I think to whoever writes the blurbs, it means that during a dance, Elizabeth pulls Darcy’s trousers down to get him to loosen up. 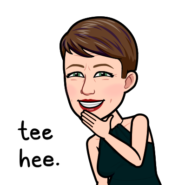 I have a few friends on GR who rate her stuff quite highly – that is, her self-published work rather than the books she wrote for Sourcebooks (of which this is one). I haven’t got around to reading any of her self-pubbed books yet, though.

There may be something to that. I have not read her Sourcebook releases, but have enjoyed several of her independent releases.

In general, Fresina’s writing and characterizations can be rather whimsical, quirky and not quite conventional, but have enough charm to keep me interested in trying her books. I haven’t read all of her Deverell family books, but did enjoy True Story (the first) and Ransom Redeemed (about one of the Deverell sons). Several of her other books not about this generation of Deverells still have Deverell connections in the form of characters descended from them. If you’d like to get a taste of what her writing style is like, you could try one of her shorter works like Pumpymuckles, which is around 200 pages, and is a good stand-alone. Don’t be put off by the title. It’s an odd little romance with a paranormal twist and just a dollop of creepiness that I quite liked. If you like mysteries, her Bespoke series is late Victorian with a subtle romance running through it between a detective from Scotland Yard and a free-spirited woman who runs a bakery / catering business.

The cover gets D- from me. Pretty cheesey.