The Series category is one that really improved this year, probably because cover ballot committee members and AAR readers were able to nominate covers all year long. With their short shelf life, series covers need to attract the attention of a buyer quickly. But many voters would say that series publishers are going about it the wrong way. Several readers mentioned (as they did last year) that they didn’t care for any of the choices, but were just picking one that was the “least worst.” However, this is also the category that had a runaway winner – The Temptation of Sean MacNeill, which got more than twice as many votes as the second place book. 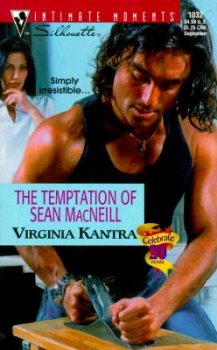 And most of those who voted for it really loved it. They loved the blue-collar hero, and they loved that he was actually doing something instead of just standing there in a clinch.

One voter said, “I liked ToSM because it was different than the other predictable, boring series covers. The hero looks like he might be angry, isolated. The emotions evoked by the cover are not necessarily comfortable or romantic.”

But many others simply thought the hero was extremely attractive.

Genia clearly spoke for many when she said, “I respond quite avidly to a long-haired hunk, especially one who is – ahem – exerting himself!”

Coming in a distant second was Nobody Does it Better. I was thrilled to see this one place so highly, because it was a favorite of mine since I first saw it. I didn’t think I was much of a fan of “hero alone” covers, but maybe that’s because most of them don’t show the kind of hero I find really attractive. I’d pick this handsome guy in a suit over Sean MacNeill any day.

Michelle agreed with me, she commented: “For me, hands down, the best, bar none. I know many will vote for Sean MacNeill….and I would have too, if Nobody Does It Better hadn’t been on here. But to me, I loved that cover from the second I saw it.” She also loved the book, which made the cover seem even more attractive to her. 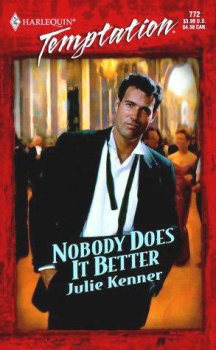 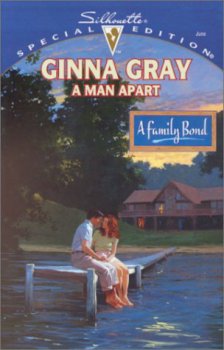 Third place went to A Man Apart, which shows a couple quietly conversing at the end of a pier. Readers who chose this one liked the pastel colors and the closeness of the couple. Peggy thought it was “sweet,” and added that she would like to see more covers like it.

Cinderella’s Midnight Kiss was fourth, and it features a couple lounging in a field of flowers. Sherry called it “the most sweetly romantic of the ten.” It got the vote of our own LLB as well, although she was one voter who chose her “least worst.” 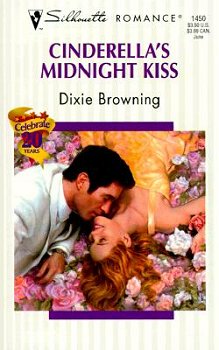 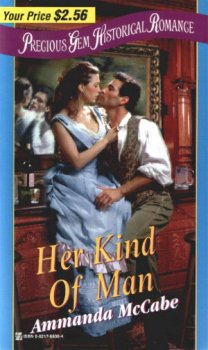 The fifth place book, Her Kind of Man, is a Precious Gems Historical (these will be part of the new Historical Series category next year). It shows a man and woman – in period dress – sitting on a bar.

Malvina thought it was lovely and romantic, and she particularly liked the hero, who she described as “adoring.”

Jaycee also chose this one, and she had this to say about it: “I chose Jon Paul’s Her Kind of Man because I love the way it’s set up. The mirror in the background giving us a different perspective of both h/h is a unique idea, and very successful. The colors blend wonderfully, and the h/h actually look like being in love doesn’t hurt either one of them. Quite a change from some of the covers we see. I love it.”

AAR’s Marianne also chose it, but more by default. She said, “I didn’t really like many of these. All that laughing. Makes me wonder what they’re laughing about.” 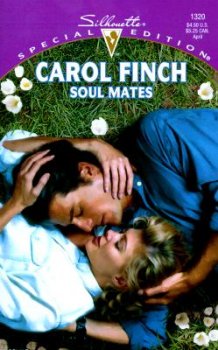 Sixth in the voting was Soul Mates, which has a close-up of a couple lying on the grass and facing each other. Susan liked the composition and colors. Laura liked the position and expression of the couple. And Shelly chose it because she “thought the pose really captured the spirit of the book, two people whose lives are intertwined through love.” 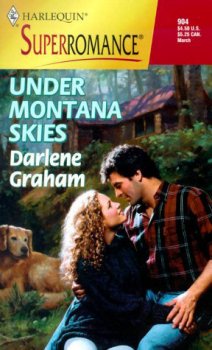 Under Montana Skies, which placed seventh, shows a couple who appear to be dressed for cool Montana weather. Linda thought the hero was “sexy with his shirt on.” She also liked the “welcoming, cozy background.” Lise also chose this one, adding that it was the deeper tones and colors that drew her in.

The eighth place, The Bachelor’s Bed, was obviously less popular than most of the other covers, but it was the favorite of two coverballot members. Mary Alice thought it was nice to see two people in bed who were only having fun, and Lisa thought it was “happy, sexy, snappy, and bright.” Reader Jen chose it because the characters were laughing, which she found “a nice change from clinches and deep, soulful looks.” 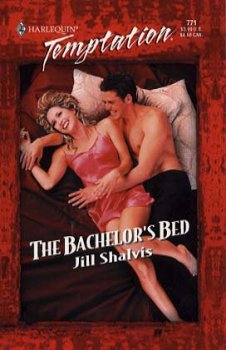 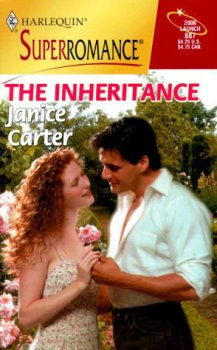 Coming in ninth was a Superromance, The Inheritance. It’s a simple pose of a couple talking together. Victoria liked that the woman and man looked like real people, and Heather found it “sweet, dreamy, and romantic.” 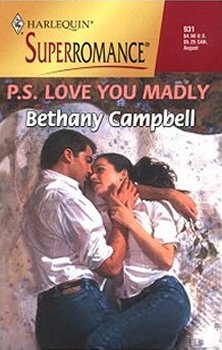 P.S. Love You Madly was another cover that did consistently well when it voted on by committee members, but it proved less popular than the other choices in the end. Christine liked it because “They look like real young people – not the usual old person’s idea of how young people look and dress.”

There are a lot of contrasts here. Series is one of the least popular categories with voters, but the winner here was also an overwhelming favorite. With several of the Series lines changing their look, one can hope that the covers in this category will continue to improve.

To the Worst Results