The series category has come a long way. The first year we ran this contest, we could barely scrape together an acceptable ballot. Everyone had to think in terms of the “least worst” rather than the best. Thanks to the diligence of Cover Head Linnae – and some major improvements on the part of Harlequin/Silhouette’s art department – there were some wonderful choices offered on this year’s slate.

Several of the nominated covers even boast fairly sophisticated covers, a far cry from the almost “Young Adult” look many sported just a couple of years ago. And, judging from the number of covers offered on the ballot this year, it seems as though the Intimate Moments line has done the best job in creating intriguing covers, with the Presents and Intrigue lines not far behind. That said, a SIM cover did not win as best series cover. Instead, that honor went to a cover from the Harlequin Intrigue line.

Linnae’s comments on the Series category:

The Series Category is my sentimental favorite. I began reading romances at the tender age of 13. My aunt gave me my first Harlequin Romance and the rest is history. I’ve been a faithful reader ever since and still purchase series romances today.

The Series Category is unique because these books have a shelf life of no more than four to six weeks in many venues. The covers have to reach two audiences – the newcomer and the faithful. And, as each line caters to a different set of readers, it’s difficult to create eye-catching artwork that blends with each distinctive series style. The series category this year came through with some wonderful covers and I was pleased with all of the finalists.

The Mysterious Twin was the clear front runner from the first day it debuted. Exquisite execution in a difficult category. Baby, Baby, Baby came in second with tongue in cheek humor and a gorgeous male backside. All of the finalist covers except two reflect deep, emotional connections between real life individuals. The two covers with a lone hero or heroine, Sullivan’s Last Stand and The Mysterious Twin, showcase intense personal reflection and blend effortlessly with the Intrigue cover style. Isn’t that what romance is all about? All in all 2001 was a very good year for Series Romance covers! 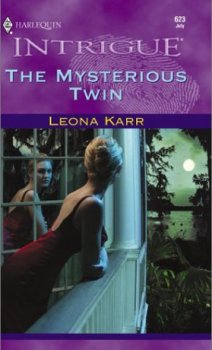 Harlequin Intrigue
Cover artist: Glenn Madison The very popular The Mysterious Twin took top honors. Readers were attracted to its aura of mystery, which fit in perfectly with the title.

Laura made it her choice, and she had this to say about it: “This cover evoked so much emotion. I loved it. It was dark, brooding, mysterious the artist truly captured the title, with that great reflection. I want to know more about this character. What is she thinking? Why is she outside alone? Where is she looking? This cover would greatly influence me to buy the book, which is, after all, the point.”

It also passed the “pick-it -up” test for Sarah: ” I would TOTALLY pick up “The Mysterious Twin” based on that cover- wow! There’s something about seeing the perspective of a character in the cover – seeing what they’re looking at rather than seeing them look at you – that appeals to me. All the Jane Feather covers are like that, and they’re quite attractive and quickly pass the “Shall I pick this up and read the back blurb” test. Plus the eerie backdrop of the swamp (Bayou? Charleston?) and the elegant balcony she’s leaning on – Southern and mysterious can often make for an excellent read. I have no idea if the story lived up to the cover, but the cover is – wow!”

AAR’s Mary chose it as well, both because it was “wonderfully eerie,” and because she liked the color scheme.

Coming in second was Baby, Baby, Baby, with a title that seems to indicate triplets, but a cover that showcases an attractive male back instead.

Reader Catherine didn’t particularly care for the title, but she did like the cover, which got her vote: “I don’t like the title but this cover model’s back and arms are yummy. The telltale shoulder holster and woman’s hand with fingers crossed behind his back are nice touches.” 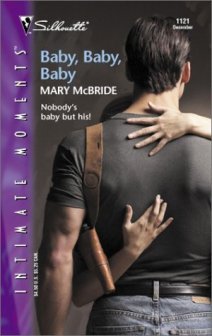 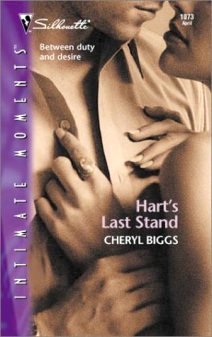 Caseyanna doesn’t generally read series books, but she described this cover as “yummy,” and it got top honors from her.

Cheryl was a sepia tone fan. She thought it gave the cover “a distinctive look; not at all like a typical series cover.”

It got Julia’s vote as well, though she noted that this year’s vote was more difficult than in the past. She noticed an improvement not only on our cover ballot nominees, but all Silhouette Intimate Moments in general.

Hot on his Trail was fourth, chosen by readers for the most part because they liked the sexy look.

AAR’s Marianne was one such voter: “Most of these didn’t do much for me, but I chose Hot on His Trail because it was so sexy.” She adds that she almost chose Hart’s Last Stand because of the hero’s attractive lips! 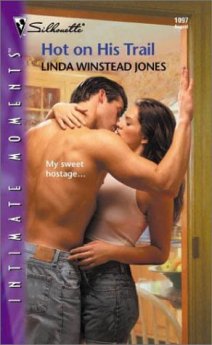 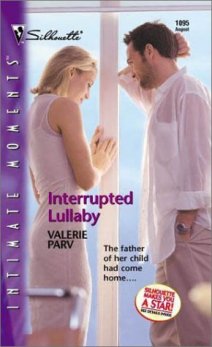 I have to admit that I was surprised to see Interrupted Lullaby come in fifth – for me it was a runaway winner as soon as I spotted it in the bookstore. I liked nearly everything about it – the overall composition, the natural pose, the models. But what was most appealing was its currency. It looked like two people you might actually see walking around on the street (though of course they are a little more attractive than the average people walking around on the street). Needless to say, it got my vote.

It captured LLB’s vote as well: “Even though Interrupted Lullaby isn’t aesthetically my favorite, I like its modern sensibility and so am voting for it.”

The remaining five covers, in order, were, Daughter on His Doorstep, The Marriage Arrangement, Sullivan’s Last Stand, The Sweetest Revenge, and Claiming His Mistress. We present these covers together because they were separated by very few votes, and also, because of a technological glitch, we were unable to include any comments voters may have made on their ballots. 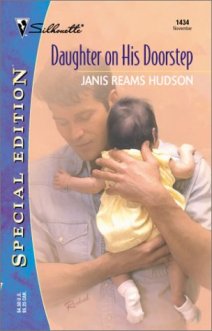 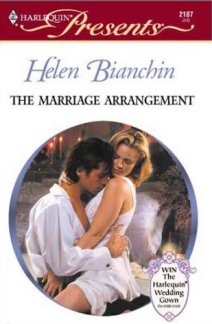 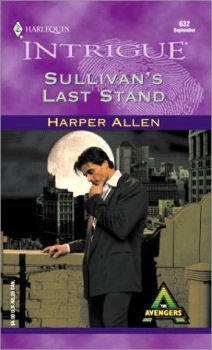 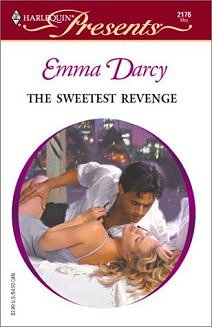 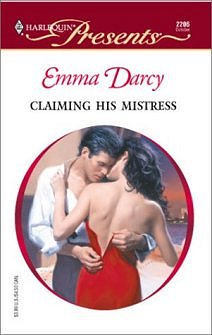 To the Historical Series Results