The sun seared her eyes, the sky so harshly bright it was nearly white. An arid mountain gale blasted. She was desiccated, her skin as fragile as paper, her throat sandy with thirst.

She tried to move. But her wrists were already bloody from her struggles against her chains, chains sunk deep into the bones of the Caucasus.

The piercing cry of an eagle made her renew her struggle, a frenzy of pain and futility. The eagle glided closer on dark wings, casting a shadow over her. As it plunged into her, knife-sharp beak gleaming, she twisted her head back and thrashed in agony.

“Wake up, Elissande,” whispered a man, something at once authoritative and soothing about his voice. “Wake up.”

She did. She sat up, panting. A hand settled on her shoulder. She wrapped her own fingers around it, reassured by its warmth and strength.

“Do you want some water?” asked her husband.

A glass of water found its way into her hand. And when she had quenched her thirst, he took the glass away.

Suddenly she remembered where she was: not in her room at home—Pierce House—but at a hotel in Ilfracombe—a hotel that looked out to the harbor, but from the windows of which she had barely been able to see even the street outside.

“How did you find me?” she asked, amazed and baffled, while an excitement, so hot it singed, began pulsing through her veins.

“Rather easily—there are only eight hotels in Ilfracombe listed in the travel handbook I bought on my way. Of course, no reputable hotel would give out a lady’s room number—I had to use slightly underhanded means to gain that information once I found out where you were staying. And then it was just a matter of picking your lock and dealing with the dead bolt.”

She shook her head. “You could have just knocked.”

“I have a bad habit: After midnight I don’t knock.”

She heard the smile in his voice. Her heart thudded. She dropped her hand, which had been clasped about his. “What are you doing here?”

He did not answer her, but only spread his fingers on her shoulder. “Was it the same nightmare you told me about—the one in which you are chained like Prometheus?”

She nodded. He would have felt her motion, for his hand had moved to just below her ear.

“Would you like me to tell you about Capri, to help you forget it?”

He must have stepped closer to her; she became aware of the scent of the fog that still clung to his coat. She nodded again.

“‘Looking seaward from Naples, the island of Capri lies across the throat of the bay like a vast natural breakwater, grand in all its proportions, and marvelously picturesque in outline,’” he spoke softly, his voice clear and beguiling.

She started. She recognized those lines: They were from her favorite book on Capri, which she had lost when her uncle purged his library.

“‘Long ago, an English traveler compared it to a couchant lion,’” he continued. “‘Jean Paul, on the strength of some picture he had seen, pronounced it to be a sphinx; while Gregorovius, most imaginative of all, finds that it is an antique sarcophagus, with bas-reliefs of snaky-haired Eumenides, and the figure of Tiberius lying upon it.’”

He eased her back down on the bed. “Do you want to hear more?”

“Yes,” she murmured. He undressed, tossing down one garment after another, the clothes landing with the softest of plops that made her throat hot and her heart wild.

“‘Capri is not strictly a byway of travel.’” He removed her nightdress and skimmed his fingers down her side. “‘Most of the tourists take the little baysteamer from Naples, visit the Blue Grotto, touch an hour at the marina, and return the same evening via Sorrento.’”

He kissed the crook of her elbow, the pulse of her wrist, and gently bit the center of her palm. She shivered in pleasure.

“‘But this is like reading a title-page, instead of the volume behind it.’”

His hand moved up her arm and kneaded her shoulder. His other hand cradled her face. Lightly, ever so lightly, disturbing not at all the bruises that had mostly faded from their unruly colors but were still sensitive to pressure, he traced the outline of her cheekbone.

“‘The few who climb the rock, and set themselves quietly down to study the life and scenery of the island, find an entire poem, to which no element of beauty or interest is wanting, opened for their perusal,’” he recited, as his thumb pulled down her lower lip.

She emitted a whimper of need. His breath caught.

“But you are more beautiful than Capri,” he said, his voice at once fervent and wistful.

She crushed him to her and kissed him fiercely. From there, Capri was forgotten and they had lips and hands and minds only for each other.

Buy it at Amazon or Shop your local indie bookstore 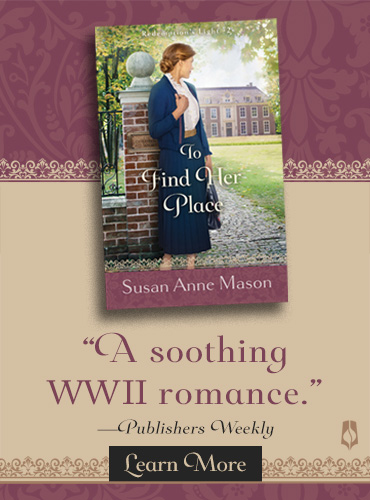 As an Amazon Associate, AAR earns from qualifying purchases. Please use our affiliate links or this page to shop. Thank you! 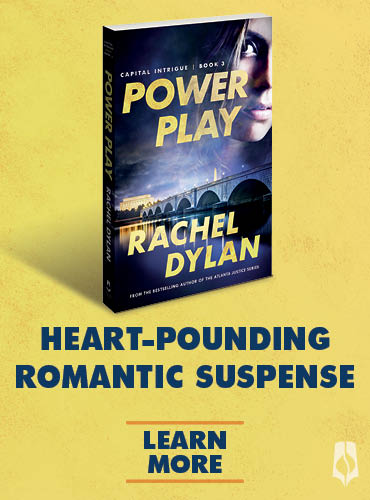