Growing up, everyone knew that I was half Chinese, half Caucasian. They could see it in my face, and if they didn’t, my mother was always there with her accent and Chinese face making me stand out from the usual sea of Caucasians. It was even worse for me in the Chinese community. There were all those smooth, round faces with gorgeously slanted eyes, and I was the ugly child with acne and my father’s Roman nose. Plus, I also spoke too loud, ran too fast, and sweated like a white kid.

So I refused to go to Chinese school, I hated everything that smacked of ethnicity, and when my mother tried to get me to wear a Chinese jacket, I kicked it into the closet. I declared myself an American and everything Asian could go to hell. Or at least to the back of my closet.

Fast forward a couple decades to when my editor asked me to write books that had to do with my ethnicity. Multiculturalism was of growing interest in publishing. Amy Tan had hit the NYT bestseller list and The Joy Luck Club was in the movie theaters. Intrigued by the idea (and a new contract) I went in search of a Chinese story that would appeal to western audiences.

I was wandering the Asian Heritage Museum when a book literally fell on my foot. Before I mention the title of this book, I should warn you that this was when Ellora’s Cave was growing in popularity. We were years away from 50 Shades of Gray, but oh baby, romance titles were becoming hotter and a thousand times sexier. So when Hsi Lai’s The Sexual Teachings of the Jade Dragon landed on my foot, I took it as a sign. I picked it up as well as the first book, The Sexual Teachings of the White Tigress, and began my exploration into tantrism, Chinese-style.

Let me give you the basics. The Chinese tantrics believe that the sexual energy is like riding a wild tigress straight to the divine. It isn’t just the key to a long life, but to a spiritual event that transcends human existence. The woman has it easiest. If she churns her energies in orgasm for days on end, she will stay young, beautiful, and ride the tigress to a transcendent experience.  There are many documented testimonials of women doing just that.

The man has it harder. Because he releases his energy in ejaculation, they believe he will lose up to a year off his life. It’s amazing teenage boys ever make it out of adolescence. For the tantric man, he gets his energies going, then just before he ejaculates, he stops, mediates, and rolls that energy back inside. Talk about a frustrating lifestyle!

(Side note for all you connoisseurs of martial arts films: typically the hero gets his magical fighting powers from discipline, denial, and meditation. The villain is usually tantric, getting his awesome magic from constant sexual stimulation without release.)

Now back to me. I was intrigued by this idea. Imagine what a Puritan would think of orgasming to meet God? Downright sacrilegious! I had such fun out of imagining a Victorian Englishman plopped into the middle of women who fully embraced their sexuality to the point of worship. It worked the other way, too. In fact the first book, White Tigress, introduces a Victorian heroine to the sexually expressive Tantrics. Quite the complicated culture clash in very sexy ways!

There was a great deal more to each book than just the sexual concepts. Historically, the British were doing everything they could to conquer China one way or another. Book 2 touches upon the Boxer Rebellion. And Book 6 came face to face with the Opium War as my hero tries to rid the land of the evil drug.

But at its core, every book dealt with two people trying to understand one another when they had vastly different upbringings and attitudes toward sex. What starts as bizarre confusion grows into a grudging respect which eventually becomes love. That is the beautiful growth in each of my Tigress books and I’m thrilled that they have struck a chord with a wide readership.

Hopefully, you’ll enjoy it too and to help you with that, I’m giving away a free e-copy of the first book White Tigress to the first 250 people who want it. Just use this link and enjoy!  https://www.instafreebie.com/free/Iblbd 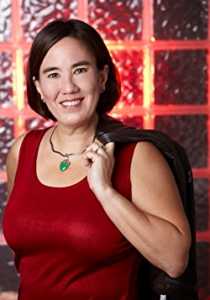 Jade Lee has two passions (well, except for her family, but that’s a given). She loves dreaming up stories and playing racquetball, not always in that order. When her pro-racquetball career ended with a pair of very bad knees, she turned her attention to writing. An author of more than 30 romance novels, she’s decided that life can be full of joy without ever getting up from her chair.

Kathy Lyons is Jade’s alter ego! She’s Jade’s lighter, contemporary half. Kathy writes sexy stories of love in today’s twisted world! She loves the faster pace of category books and that her humor can really let fly. She leaves the dark, tortured love stories to Jade.

If you’re wondering where Katherine Greyle comes in, she’s Jade’s first persona. Sweet, funny, and with a love of all things Regency, Katherine started publishing back in the 1900s. (She won’t say how long ago!) But never fear, the romantic soul is the same whether it’s Jade, Katherine, or Kathy!

I think it is awesome that your publisher approached you about multiculturalism in publishing and encouraged you to write the Tigress books. Too few are penning these stories and I think they are very needed. Thanks for rising to the challenge and I look forward to reading White Tigress.

I’m intrigued by the culture clash that incorporates conflicts around sexuality. I will definitely read one of these!

I LOVE The Tigress series.! All the five books. It’s one of my all time favorite historical romance series and some of the first romance books that I read in english.