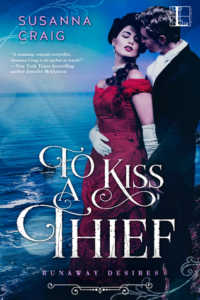 “I’m an English professor, and I read (and write) romance novels.”

Although I’m certainly not the first to make such a confession, I’d be lying if I said it didn’t make me a little nervous. Attitudes are changing, but too many still see romance novels as the antithesis of great literature (you know, the stuff English professors are supposed to like). The truth is, romance novels were my gateway to the classics, and I eventually made my academic home in eighteenth- and nineteenth-century British literature for many of the same reasons I love romance: it’s a place where novels matter, women writers take the lead, and happy endings are nothing to be ashamed of.

Jane Austen’s novels, in particular, gave me a cover story, a way to talk about love, marriage, and happily ever afters without getting the side-eye from my colleagues. Pride and Prejudice gave all of us a model for the perfect romantic plot: a smart, spunky heroine brings a wealthy, arrogant hero to his knees. Today, I’m sharing three more Austen-inspired insights that apply no matter what genre of romance you read or write.

In Northanger Abbey, Austen describes female-authored, woman-centered novels as works “in which the greatest powers of the mind are displayed, in which the most thorough knowledge of human nature, the happiest delineations of its varieties, the liveliest effusions of wit and humour, are conveyed to the world in the best-chosen language.” Who wouldn’t be proud to be part of that tradition?

And as it turned out, once I “came clean” about my romance writing, my colleagues have been nothing but supportive.

Susanna Craig’s début historical romance, To Kiss a Thief will be released on 16th August 2016 by Lyrical Press.

Over the years, AAR has had many a guest reviewer. If we don't know the name of the reviewer, we've placed their reviews under this generic name.

Thank you for this post. I feel so much better about reading my romance novels. I love happy endings and these stories are my escape from our crazy world. I’m looking forward to reading your book. And, you’ve inspired me to go back and revisit Jane Austen now.

Thank you for reading! You can’t go wrong with Jane, and there’s no shame in wanting a happy ending!

I just LOVE (sarcasm) how academics who sniff at people who condemn “Lolita,” “Catcher in the Rye” and “Finigan’s Wake,” but have never read them, yet they do not hesitate to dismiss romances. I ask them, “Oh, how many romances have you read” and then when they inevitably say, “None,” I say, “So, do you usually condemn books you haven’t read?” That shuts them up and I hope gives them something to think about. If I really am annoyed, I add, “Romances are condemned because they explore women’s issues. I know you are a feminist, so I’m bewildered at your condemnation.”

Sadly, that is true. And I have read supposedly “scholarly” articles on romance that are also guilty (sweeping generalizations drawn from a half-dozen books, etc.). You’ve got great responses for those ill-informed critics, though!

Academia can be the worst place for unnecessary judgment – I’m so glad your colleagues have been supportive. I taught university classes on sociology of gender for a wee bit and used romance novels to demonstrate your points about both consent and sisterhood, so I am totally with you.. I was delighted by this guest post – thanks so much for stopping by!

I’m so glad you enjoyed it! I was truly nervous about “coming out” to my colleagues, because you’re right about academia. Thankfully I was wrong. Now I’m scheduled to teach our university’s first course on popular romance fiction next semester!

That’s fabulous! I’d love to hear how it goes. Best of luck.

Thanks, Kristen. Maybe there’s a future blog post in it!

Austen was my gateway into romance, so flipped. My grandmother introduced me to her novels at age 12 and I’ve never looked back. She also introduced me to romance novels when I was a bit older, although I had been sneaking Harlequins out of my mother’s room for years. My grandmother had almost every Heyer ever written, Veryans that have gone out of print, and she loves Nora Roberts. She was never embarrassed to be seen reading a romance novel (something I still struggle with due to the stigma-but I almost exclusively read ebooks now, so it’s a nonissue).

I love the point about sisterhood. To be sure, Austen created foils for her heroines in the form of some very unlikable women, but she wrote such strong female relationships, something I feel is sadly lacking in a lot of romance novels these days.

Thank you for the guest blog!

Thanks for stopping by! I came to Austen embarrassingly late for an English professor (graduate school!), but now I get the pleasure of introducing her work to my students. My mom was (is) not a romance reader, so who knows how things might have turned out if she had been?

Couldn’t agree more about the wonderfully egalitarian nature of Austen’s writing and the importance of it for creating decent heroes and strong heroines as role models. Incidentally, I too am an English professor with a speciality in 19th century British writing, and like you, I run smack up against negative feelings about genre writing in departmental politics, but especially female-centered genre writing. I’ll look out for your upcoming novel and congratulations on coming out!

Thanks for reading! I have a hunch there are a lot of us in this boat, but I do believe the tide is turning.

I’m an English teacher, too, but of high school students. I think we have an extra problem because in addition to the whole “THOSE books? Really? Don’t you KNOW better?” we also get “Wait, those books have SEX. I don’t want someone who reads smutty books teaching my kids!”

Never mind that canonical literature has sex (the big difference is it’s usually bad or unsatisfying!) or that I know some of my students have sex (I’m not nosey – it’s just hard to miss a pregnancy), or that I have kids, so gee, I’m pretty sure I know about birds and bees! I just can’t imagine what would happen if I wrote a romance with a sex scene. I’m pretty sure it would start with pitchforks and torches though.

Dee, I know EXACTLY what you mean! It’s still an issue at the college level, believe it or not (even though my students are technically adults). As I mentioned in another comment, I’m supposed to be teaching a course on popular romance in the spring semester, and I am having a hard time knowing what texts to choose that won’t cause too much angst (for me, or my students!). And I’m still waiting to hear what some of my colleagues have to say about certain scenes in my book…

Thanks for having me!

Even feminists fall in love. <3

I think sometimes people forget that! ;)