To conclude this discussion, let’s look at the remaining cover /wp-content/uploads/oldsiteimages sent to me by readers which depict people on them.

Someone Knows Their Art History

The hardback cover and paperback step-back cover for Virginia Henley’s A Year & a Day was painted in the style of a 1902 painting La Belle Dame Sans Merci (Woman Without Mercy or Pity). Even the “characters” are the same: hero, heroine and horse! Henley’s cover has been very popular. The leads are fully dressed but in very romantic fashion. Several readers did not like the expression on the hero’s face, however. One major difference I found between this cover and the solo hero covers is that the hero is looking at the heroine when she’s in the same cover image. When she’s not, he’s looking at the reader. Since we tend to project ourselves into these stories as the leading lady, having the hero gaze at us is really a pretty clever idea. 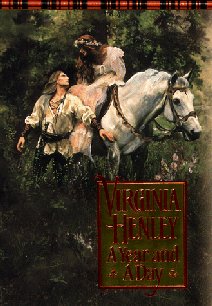 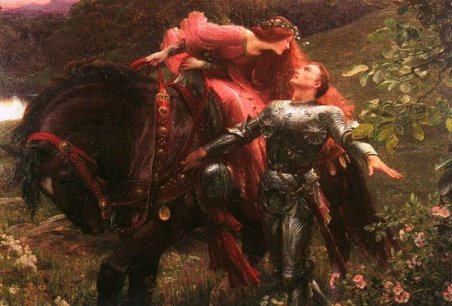 Many readers bought Ronda Thompson’s Isn’t it Romantic after reading a basic plot description that well fits the cover of Cherif Fortin being showered with roses as a symbol of the romance writer he is courting. It is a photograph instead of a painting but that did not deter readers at all. Cherif is fully clothed which is par now for most contemporaries. 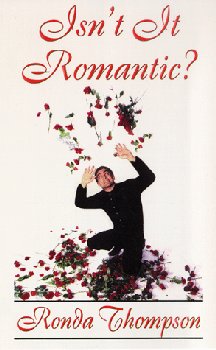 You Only Live Twice, an historical by Elizabeth Thornton, has a very clever cover. The hero is on the front but in only a sliver of an image of him. The remainder of the outside cover looks fairly mainstream. Then you open the cover and the stepback is additional portraits from the story in collage form. One reader and I had this at the very top of our favorite covers especially since it could satisfy so many readers’ demands. This type cover has been repeated on her recent release, Whisper His Name. 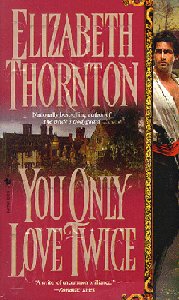 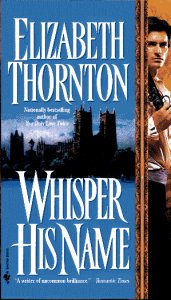 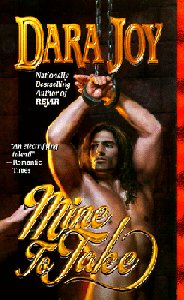 Mine To Take by Dara Joy, is a paranormal romance featuring a cover not as controversial as one might have expected it to be because the cover is based on a scene in the book. It features a nude male, the nude cover image ending right above where his genitals would begin to show. He’s in bondage in a jail cell and is being approached by a fully dressed woman with a key to open his cuffs. You can only see the woman’s hand on the front cover. You have to turn the book to the side and the back to see the rest of her. There are many, many women romance readers who love this cover. I have heard very little criticism of it. I think the reason is that this is a woman’s sexual fantasy, not a man’s, and for the first time the woman romance reader feels truly empowered by a romance cover image. Some readers who were too timid to buy it in person at a bookstore (not many) simply ordered it online! I think a lot of posters could have been sold of this cover.

The Beloved One by Danelle Harmon, an historical romance, received rave reviews online and was the second in what appears to be a very successful series. I mention this first because I don’t want to harm sales of this book by the rest of my remarks. I have yet to talk to any woman who likes this cover. Both author and readers despise this cover. They are buying it despite its cover because they loved the first book and because the reviews have been so good. The author refers to herself as Queen of the Bad Covers (the cover for Wicked at Heart is equally atrocious). Why do readers hate it so? They feel the woman is in a submissive position and, because he has an arrogant look on his face, he is using her as a sex object. I have heard from no male romance readers so I do not know if any of them like it. This pose has nothing to do with the story in the book. 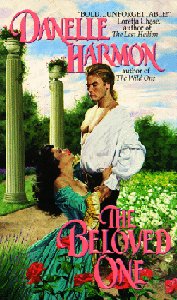 What’s up for the next column? I’m finding that the covers column this time was shaped a lot by reader response so you can help determine what we discuss here by letting me know how you feel about covers, both in general and specifically.