My Observations on Series covers

Results of the series voting were very interesting. Enchanted’s cover, in first place, appears to have won not only because it was an attractive cover, but also because it led with voters who hated all the series covers and decided to pick this as their universal default cover. With that qualification on it, I really don’t have any idea what it tells us about covers for series romances other than those readers who hate series romances, liked Enchanted’s cover. We can, however, infer, that our voters liked its “single title” look as well as its combination of landscape and characters romantically looking out over the ocean from their perch on the rocks.

Some of the negative comments we received about the series covers are that:

Perhaps Harlequin/Silhouette is hearing this directly from consumers; the Desire line recently went through a mini face-lift. The red has been toned down into a more muted burgandy, and the “Desire” name is printed in a less loud dark-golden tone. I won’t go so far as to say it looks good, but it’s less bad. Here are some of the comments on Enchanted: 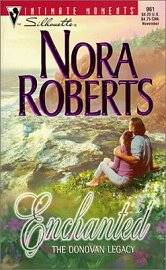 My interpretations really must start with the second place cover, The Admiral’s Bride. Those who voted for this cover really liked it, and since it features a brand-new look, that’s a coup for the design team. This Silhouette Intimate Moments is a romantic still-life assemblage but even readers who normally like people on covers say people on series covers embarrass them. Walking up to the cash register with ease figured prominently with these readers. 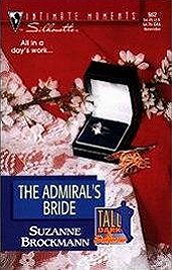 However, for third place we are looking at the most overtly sexual of the people poses. It is Tall, Dark & Texan with the naked man in bed with his Stetson. Sex sells, there is no use pretending that it doesn’t. Sandi placed this cover on the ballot at the 11th hour because she felt it made the series ballot more representative of what was available. She was evidently 100% correct! If the readers want it badly enough, the embarrassing walk to the cash register can evidently be tolerated.

Readers not too shy about what they buy and read made the following comments about Tall, Dark & Texan: 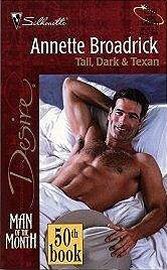 Fourth place was Guardian Groom, our only nomination by a reader in this category, by Mary Lynne Nielsen, who is now heading Single Cover Historicals for Cover Contest 2000. I almost dropped this category from the 2000 competition because we had only her as the sole reader nominator, which meant an enormous amount of work for Sandi and myself in this year’s contest. I’m happy for this sole reader that her nomination fared very well with voters, who found this to be one of the very few people covers in series romances which they liked. Classy was a frequently used word by voters and one that Harlequin/Silhouette may want to hear. 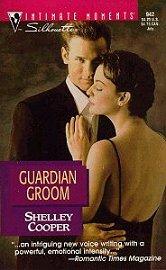 In fifth place was The Horseman’s Bride, another cover featuring icons rather than people. Voters were very taken by this still life assemblage especially since it fit so well with the storyline. They were also so sick of seeing cowboys that the saddle’s image was truly revolutionary by contrast. Only two votes behind was yet another assemblage, The Baddest Bride In Texas. 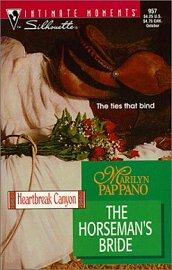 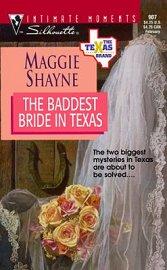 After Dark took seventh place, which surprised me because it had placed first of series titles after being voted upon by AAR staffers earlier in the year. As time went by and so many new covers came out, my sense is that the thematic/assemblage covers overshadowed this one. I am frankly surprised the assemblages scored better but, as I conclude at the end of this category, what series readers say they will buy in series may not be the same as what they actually buy once they are in the store. 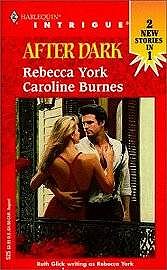 Coming in the last two places are Four Men & A Lady and It Takes A Hero. On the positive side, the readers who voted for them liked that they were clothed people but on the negative side, those who showed more flesh scored higher. 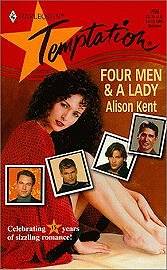 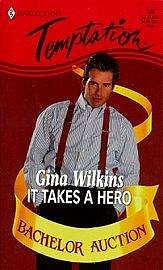 I find this a very hard category in which to make predictions because there are so many voters who are unhappy with all of the covers and then, when they do vote, seem to contradict the very things they say make them unhappy about these covers. My vote is for the cover in last place, It Takes A Hero. I thought the clothed man was very attractive and liked it a lot. My buying reflects the following: I bought Four Men & A Lady, The Admiral’s Bride and The Horseman’s Bride. I never saw It Takes A Hero at my drug store, but found it instead, months later, at my library, and checked it out then.