We’re pleased to announce the results of AAR’s Annual Reader Poll for Romance Books Published in 2011. This poll only works if readers vote and they did. So, a big thanks to everyone who entered a ballot.

“I don’t know what to say. I am touched beyond measure and utterly flabbergasted. Thank you.
“Black Hawk was a hard book to write. Five years ago, when I was putting the finishing touches on Spymaster’s Lady, I firmly relegated Adrian to supporting-character status. He wasn’t sequel bait, I thought. He was too hard, too cynical, and too wounded to ever make hero material.
“But I found myself fascinated by him. He kept trying to take over other people’s books. After a bit, it became apparent the only way I could get Adrian to stop upstaging the current hero was to give him a book of his own.
“I am so happy to think of my Justine and my Adrian coming alive in peoples’ minds. If I was writing of the long journey these two had to take to earn their happy ending, I’m overjoyed to know readers liked traveling with them
“I am so proud that Black Hawk holds these honors for 2011. Thank you, everyone who voted. And thank you, AAR, for supporting the Romance genre for all these years.”

“Holy [bleep], I’m completely blown away by this! Two years in a row for Best Contemporary. I wish I could better articulate how thrilled I am, but I’m afraid the best I can come up with is just. . . wow. Thank you to everyone who voted for A Lot Like Love-I’m humbled by how enthusiastically readers have responded to the book. And to be tied for Funniest Romance is the icing on the cake. I’ve often said that the greatest compliment I can receive as an author is that my book made someone laugh. I had a lot of fun writing this story, and I’m touched that so many of you enjoyed it as well!” 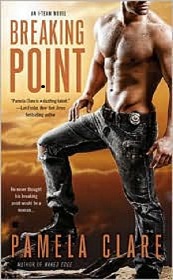 “I’m thrilled to know that so many readers enjoyed Breaking Point. The story was a lot of fun to write. I fell in love with Zach and Natalie and got lost in their journey across the border. Thanks to AAR for hosting this annual poll, and thanks to everyone who read the book and helped make it a success.”

“I was honored and utterly delighted to find out that Dragon Bound won Best Paranormal Romance in All About Romance’s Annual Reader Poll. Thank you so very much, readers, for embracing this story and for your fabulous enthusiasm. You are, without a doubt, one of the most wonderful things that has ever happened to me!” 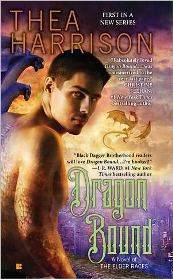 Julie Ann Long
What I Did for a Duke

Best Historical Set in the U.K.
Best Love Scenes (In a Mainstream Romance)

“Thank you so much, AAR readers! I’m absolutely touched and floored by the incredible honor for What I Did for a Duke-I couldn’t be more thrilled that you loved the book”.

“‘I’m thrilled! Having such wonderful response from readers means everything to me. Thank you so much for supporting my work. 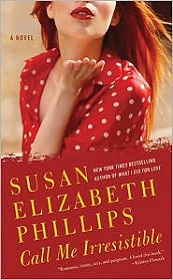 “I am so honored by winning an AAR reader award-and I’m particularly thrilled to win in this category because I adore tearjerkers. They’re the novels that make me remember most concretely that life is joyful. All of you have made me very joyful today. Thank you!”

“Wow! I’m so flattered. Stranded With Her Ex was a difficult project for me. I rewrote it several times and put it aside for a year. I thought it was my biggest failure. Thanks for making it a winner. :)”

Jill Sorenson
Stranded With Her Ex 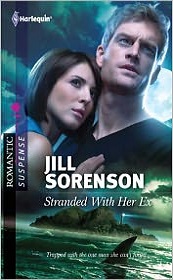 “I am deeply humbled to have been chosen Best Debut Author, especially considering the hugely talented pool of debut authors each year. I’m so grateful that readers were touched by Shane & Jen’s story and only hope to keep writing stories that touch people’s lives. Thank you so very much to everyone who has readBecause of You, told a friend, left a review or wrote me a note. Your support and encouragement means the world to me.”

“Thank you to all of you who voted for my books! I’m really delighted that Dmitri spoke to so many of you – he is a fascinating and complex character and one whom I’m looking forward to seeing more of as the series continues.” 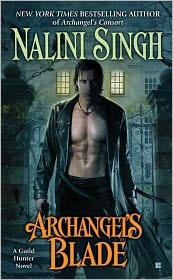 We appreciate the time everyone takes to fill out a ballot and we thank you for your continued support of the Annual Poll. We would also like to thank all the authors who tweeted, blogged, sent newsletters, posted on your websites and/or posted on Facebook about the poll. We were happy to see a substantial increase in votes this year from last year.

This year’s AAR Annual Poll for Best 2011 Romance Books had many tight contests. Both veteran authors and newly published writers received wins and Honorable Mentions. (Note: Honorable Mentions are awarded when a second (or third) place title receives within 20% of the votes cast for the winner.)

The Best Romance Book of 2011 goes to Joanna Bourne’s The Black Hawk, which also won for Best Historical Romance Not Set in the UK and tied for Biggest Tearjerker. Its lead characters won or tied in four of the five character categories, a first for the Annual Poll. It missed a win only in the Tortured Hero which was won by Nalini Singh’s Dmitri from Archangel’s Blade.

Julie Anne Long’s What I Did for a Duke won for Best Historical Romance Set in the UK and Best Love Scenes (in a Mainstream Romance) with an Honorable Mention for Best Romance. These mark Ms. Long’s first two wins in the AAR Annual Poll having received two Honorable Mentions before in 2006 for Best Buried Treasure (Beauty and the Spy) and 2009 for Funniest Romance (Like No Other Lover)

Several other authors made their first appearance in AAR’s Annual Poll.

Fifty Shades of Grey by E.L. James and The Perfect Play by Jaci Burton tied for Best Erotica / Romantica.

Jill Sorenson’s book, Stranded with Her Ex, won for Best Series Romance while Best Women’s Fiction/Chick Lit went to Jill Mansell’s To the Moon and Back.

Reclaiming their 2010 wins with their latest releases: Julie James won for Best Contemporary Romance with A Lot Like Love, and for Best Romantic Suspense, Pamela Clare won outright for Breaking Point.

Julie James’s A Lot Like Love also tied with Susan Elizabeth Phillips’ Call Me Irresistible for Funniest Romance. Readers laughed a lot while reading this year as there were also two honorable mentions: Julia Quinn’s Just Like Heaven and Shannon Stacey’s Yours to Keep. This was Ms. Stacey’s first appearance in an AAR Poll while Susan Elizabeth Phillips and Julia Quinn each have four previous wins in this category.

Courtney Milan’s Unlocked was one of the few runaway wins for the category of Best Short Story and received an Honorable Mention for Most Tortured Hero (Smite Turner) who appeared in another of her 2011 releases, Unraveled. Ms. Milan won for Best Short Story two years ago for This Wicked Gift in The Heart of Christmas anthology.

The Best Debut of 2011 went to Jessica Scott, with Honorable Mentions to Tawna Fenske and Darynda Jones. The Best Debut category proved problematic this year. A number of previously published authors — such as Thea Harrison, formerly published as Amanda Carpenter — wrote a popular romance under a new pseudonym. Cecilia Grant also received many votes for A Lady Awakened, which has a 2012 copyright, making her ineligible for best 2011 debut.

Now that you have had a chance to check out the winners, we are eager to read all your thoughts about the results in the AAR Forums. We also want to say “Congratulations!” to all of the winners.

Again, we look forward to reading all your thoughts about the results in the AAR Forums. To get the conversation going here are a few questions to consider:

Are you surprised by any of the results?
Did any of the books, authors and/or characters you voted for win?
Have you read most of the winning books?
If you haven’t already read the winners, will you do so now?