(Not Your Usual) Conflict 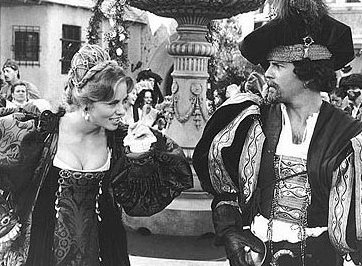 This list was started in 1997 when many romances then and more importantly the late 80’s early 90’s used the conflict of extreme emotions dealing with ‘I hate you! But I must have you!’ with wrapped up endings leaving a reader wondering how long the romance was destined to last. This list, in actuality two lists, was the most difficult list to create – it took roughly a year to put it together. We still may not have it exactly right, but we’re trying, and hope you will help.

External Conflict Romances feature conflict outside the love relationship; the conflict is what brings the hero and heroine together (or keeps them together while they fall in love). For the sake of brevity, we also include in this list romances where the conflicts are either slight or non-existent. In Intra-Character Conflict Romances the hero and the heroine basically get along from the start of the story (or very early on). However, there is something internal to either one or both of these characters that prevents total commitment to the other until the epiphany.