An Interview with Erica Monroe

In my review of Erica Monroe’s latest book, Stealing the Rogue’s Heart, I pointed out that there are very few historical romances around that draw their heroes and heroines from the lower social classes.  Yet most fans of historical romance that I interact with, whether here at All About Romance, or on Goodreads or other sites and blogs all say that we want more such stories; books about people other than dukes and debutantes, or rakes and bluestockings.  It’s not uncommon for a heroine to be poor, and there are a reasonable number of cross-class romances out there (which are very difficult to pull off properly), but to find stories using working class protagonists, set amid the terrible housing and harsh conditions in which such people had to live is unusual.  In many ways that’s understandable.  Life is tough and a bit of escapist glamour never hurt anyone.  But those aren’t the only stories that deserve to be told, so I asked Erica Monroe to chat with me about her Rookery Rogues series and what made her decide to veer off the beaten track, leave the noblemen behind and take up with a veritable rogue’s gallery.

Caz: Erica, welcome to All About Romance.

Erica: Hi, Caz! Thanks so much for inviting me. I’m thrilled to be here.

Caz: As I’ve said in my intro, one of the things I’ve most enjoyed about the Rookery Rogues series is that they are not set amid the parks, squares and mansions of Mayfair, but in the less salubrious areas of London’s East End.  It’s no secret that the vast majority of historical romances are set in the rarefied world of the ton – what made you decide to go in a different direction?

Erica: During my time in college, I studied British literature as a focus – particularly that produced during the nineteenth century. This included novels by Charles Dickens (Dombey and Son and Oliver Twist) and also by Wilkie Collins (The Woman in White¸ and later on my own, The Moonstone), a contemporary of Dickens who is credited with creating the suspense genre. I also ended up reading Jane Eyre three different times for various classes, and I fell in love with a lot of the gothic imagery and the themes of class divide.

Caz: OMG, we must have been twins in a past life – those are some of my favourite authors and I think The Moonstone has THE BEST plot twist ever!

Erica:  Isn’t it just?  So, for me, especially as a romantic suspense writer, I’m attracted to the stories where the stakes are high, often life and death. For the people in the rookeries, that was certainly true. It was a hard, hard life, where you worked excruciatingly long hours in factories with unsafe conditions, or you tried your hand at thievery because at least then you had a chance of making enough to feed your family. You came home to your tiny room in a crumbling tenement, where you were considered lucky if you managed to afford a room to yourself instead of having to share with eight or so other people.

Still they managed to survive, even when most of polite society wanted to erase them. It’s that tenacity that appeals to me – the desire to dig your teeth into life and make something good out of it, no matter what’s stacked against you. I write dark, gritty books about people blazing their own trail, because that to me is what life is all about. There’s pain and suffering aplenty, but sometimes there’s that rare moment of beauty that reminds you there’s still light in the world.

Caz: Tell us a bit more about the Rookery Rogues series specifically

Erica: My goal for this series was to explore the various lower-class neighborhoods of London, called the rookeries. The tag line I use to sum it up is “scoundrels, thieves and rebels inhabit the rookeries – where the women are fierce and the men are dangerous.” I’ve got warring thieves gangs, prostitutes, police officers, fences for stolen goods, and factory workers all inhabiting this world. The series takes place in the early 1830’s, when London was just starting to have a unified police force called the Metropolitan Police.

Caz: In my review of your latest book, I mention the lack of historical romance featuring “ordinary people” and speculate about the reasons for that.  When you started writing about thieves, prostitutes and fences in the East End, did you think these books would be a hard sell?

Erica: I actually never pitched this series to New York, for several reasons. The most pressing and personal was that as I am chronically ill (I have three autoimmune disorders, two of which sometimes sideline me for days), so I knew that I needed the flexibility of setting my own deadlines and being able to take breaks when needed because of flare-ups. For now at least, being able to set my own schedule really helps me. I’m also a giant control freak, so I liked being able to pick my own team from my editor to my cover designer, etc.

The other reason is pretty predictable. I knew that the themes in these books were not what a giant publisher would most likely want to take a chance on, and I didn’t want to be limited in my exploration of flawed characters and social themes. For instance, A Dangerous Invitation has the hero, Daniel O’Reilly, struggling to retain his sobriety. Secrets in Scarlet features an unwed mother who was shunned by her community, and Beauty and the Rake has a scarred heroine. Stealing the Rogue’s Heart has a boy who grew up on the streets of Ratcliffe, who joined a thieving gang at a young age.

It is my belief that everyone deserves a chance to see themselves in literature. So I write about those often cast off by fiction, because they warrant a happily ever after too. I am drawn to the shades of gray in people, anti-heroes and anti-heroines, because I think the world is never as simple as we want it to be.

Caz: I couldn’t agree with you more.  From reading the novels, I am guessing that you did a great deal of research into the period and to the conditions under which the people you are writing about actually lived?  Did you have any favourite or go-to books?

Erica: I do a lot of research (less so than I had to in the beginning with the Rookery Rogues since the world is more established). My favorite book is Henry Mayhew’s London Labour and the London Poor, written in the 1850’s. It was one of the first times that a reporter actually went around and documented what poor people said, how they lived their lives, etc. The edition I have is entitled The London Underworld in the Victorian Period: Authentic First-Person Accounts by Beggars, Thieves and Prostitutes, and it breaks down the different classes of thieves, prostitutes, and beggars so it’s invaluable for understanding the intricacies of the classes. There was a distinct hierarchy between the thieves. You’ll note this is a Victorian era book, but the details about the poor are largely relevant in the 1830’s too.

My second favorite is Sarah Wise’s The Italian Boy, which features the case I used heavily in A Dangerous Invitation. I recommend The Italian Boy not just for a look into the case that contributed heavily to the repeal of the Anatomy Acts (and made it so that resurrection men were no longer needed), but for how Wise details everyday living in the 1830’s.

Caz: I know that you have recently embarked upon another series of books, the Covert Heiresses series.  What makes those books different to the Rookery Rogues ones?

Erica: Covert Heiresses came about due to my love of comic books, particularly Birds of Prey when written by Gail Simone or Chuck Dixon. You have three very strong women who basically function as a superhero team – Oracle, Huntress, and Black Canary. When I created the Spencer sisters, I wanted to do a historical spin on these women, with some modifications, of course. Thus came the Clocktower, a secret organization of British’s most elite spies, run largely by the Spencer family – the son and daughters of the late Duke of Abermont, who was once in my world England’s top spy. Each sibling has a different role in the organization. Their position in the ton allows them to pass through society, accomplishing their missions.

Covert Heiresses is set in the early 1800’s, and while it has some dark themes to it too (this is me, after all), the books have more humor and they’re “fluffier” than my Rookery Rogues. They’re also not as deeply entrenched in history, and have aristocratic characters.

Caz:  I confess that although I have I Spy a Duke (the first in the series) I have yet to get around to reading it.  But after that build up, I really must!  So, what are you working on now?

Erica: I’m about to start digging back into The Lady Rebels, book five of the Rookery Rogues, which releases on July 10th. My heroine Sally Fletcher has been working in a brothel in Jacob’s Island (then referred to as the Cholera Capital of London) since she was an adolescent. Life has not been kind to her, and she’s done what she must to survive.

My hero, Matthew Harper, is the second-in-command in one of the thieving gangs, valued for his logical thinking and his work in the rookeries to help those in need. Unlike Sally, he had a very nurturing upbringing, and received education through the ragged schools.

This book builds on the gang wars started in Stealing the Rogue’s Heart, but it can be read as a standalone too.

Caz: What do you like to read when you’re not reading for research or writing?

Erica: I read an exorbitantly large amount of Harlequin Intrigues and the Harlequin Romantic Suspense line. (I love romantic suspense in general, but these are my personal catnip as they’re usually shorter on the word count, and even my easily distracted brain doesn’t get bored). Sometimes I read historical romance, though it usually has to have some sort of suspense element to it. Just like when I’m writing, I want that second plot line of danger to propel along the story.

Caz: I love a good romantic suspense story, and if you can work in some hot guys in boots and breeches, then I’ll be there for the duration!  Erica, thank you so much for visiting AAR, and best of luck with your Rogues!

Erica: Thanks for having me – it’s been great chatting with you. 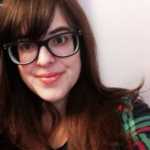 USA Today Bestselling Author Erica Monroe writes dark, suspenseful historical romance with an emphasis on social issues and women’s rights. She was a finalist in the published historical category for the prestigious Daphne du Maurier Award for Excellence in Romantic Suspense, and her books have been recommended reads at Fresh Fiction, Smexy Books, SBTB, and All About Romance. When not writing, she is a chronic TV watcher, sci-fi junkie, and comic book fanatic. She lives in the suburbs of North Carolina with her husband, two dogs, and a cat. Visit Erica online at ericamonroe.com and sign up for her new release newsletter at: bit.ly/mlem4.

Great Interview Caz and Erica! I love the Rookery Rogues series for its focus on the marginalized underbelly of society, and the unpredictably of how the plots will unfold. Always intense and exciting reads!

Great interview! I have never read any of Ms. Monroe’s books, but I am looking forward to picking up this series.

I’ve really enjoyed the first three Rookery Rogues books, and didn’t realize there’s a fourth (I had surgery in November and was totally out of the loop for a while), Off to find it!