Austen Heroines Say Yes to the Dress by Abigail Wilson. Plus a giveaway!

Would Austen heroines say yes to the dress? Or more Regency era appropriate, would they be down with the gown?

“I remembered afterwards…that the wedding need not be put off, for Mr. Darcy might have done as well.”
“Mr. Darcy!” repeated Elizabeth, in utter amazement.
“Oh yes! He was to come there with Wickham, you know.”
~Jane Austen, Pride and Prejudice

Wouldn’t we all love to be a fly on the wall at that last minute, thrown together, Darcy-sponsored wedding of Lydia’s? How did the whole thing go off? And more importantly, what on earth did she wear? After all, Queen Victoria was yet to make her trendsetting march down the aisle to marry Prince Albert draped in a beautiful white gown. Therefore, little Miss Lydia could have worn anything—yellow, blue, pink, or green. Or, could she? Austen unfortunately gave us little information about the weddings in her books, even about our favorite heroines.

Take Emma Woodhouse in Emma for example. Independent, handsome, and clever, she would have spent a great deal of time picking the perfect gown. Comfortably rich, she could have afforded a new one of silk or satin. As white or silver was considered stylish at the time, Emma would have been perfectly poised to afford such a luxury, trimming her gown with beads and embroidery. She might have even donned a crown of brilliants around her head like Princess Charlotte. She would have certainly kept one of her fine satin slippers to remember the day her relationship with Mr. Knightly changed forever. I know I would.

And what about Fanny Price? Okay, so she’s not a “favorite” heroine, but Austen certainly loved Mansfield Park. She described Fanny as timid and shy, shrinking from notice. I happen to think Fanny would have also been frugal. The cost of textiles during that time was exorbitant, and white garments would have required a large amount of upkeep. Washing was done by the servants’ hands, and as we all know, white is not an easy color to maintain. Fanny probably would have made the decision many young brides of the lower classes did—to wear a gown of black or dark brown. That way she could continue to wear it for many years to come. Edmund likely had to watch his blushing bride come down the aisle in a horrid shade of morose black. That is, once he finally decided that he loved her.

But what of our true favorite in Pride and Prejudice, Miss Elizabeth Bennet? The Bennets may have been able to afford a new gown. Many of her station would plan to wear the dress they had made over and over again to special occasions. Or, Elizabeth simply would have chosen one her best frocks. Regency brides at the time seemed to prefer yellow. But I don’t see Elizabeth following suit. I mean, she turned Mr. Darcy down on principle alone. Who else in that time period would have done such a thing? No, Elizabeth was lively, playful, and self-assured. I can see her leaning towards a nice blue or pink. As lace was still made by hand and terribly expensive, few ladies wore veils. Elizabeth could have simply added fresh flowers to her beautiful dark locks.

So what would the infamous Lydia choose to wear? I’m guessing anything that popped into her silly mind. After all, as Austen says, “Their sister’s wedding day arrived; and Jane and Elizabeth felt for her probably more than she felt for herself.” I’m guessing since Lydia dashed away without thinking from Brighten, she probably took little with her. And we all know Wickham’s pockets were to let. Her uncle would have been forced to find something suitable she could wear, moreover, whatever gown would get the deed done as quickly as possible. My hope is that Miss Lydia Bennett was forced to wear a sickly green.

As for Miss Sybil Delafield, the heroine of my debut novel, In the Shadow of Croft Towers, she once dreamed of a happily-ever-after. However, she is far too busy staying one step ahead of the local highwayman, hunting for the truth to her past, and uncovering a murderer to give one thought to wedding gowns. After all, who thinks of such things when they’ve just been stopped at gunpoint by robbers?

We have a fabulous giveaway from Abigail and her publishers and it’s ONLY for for one lucky AAR reader! Make a comment below to be entered in this drawing! 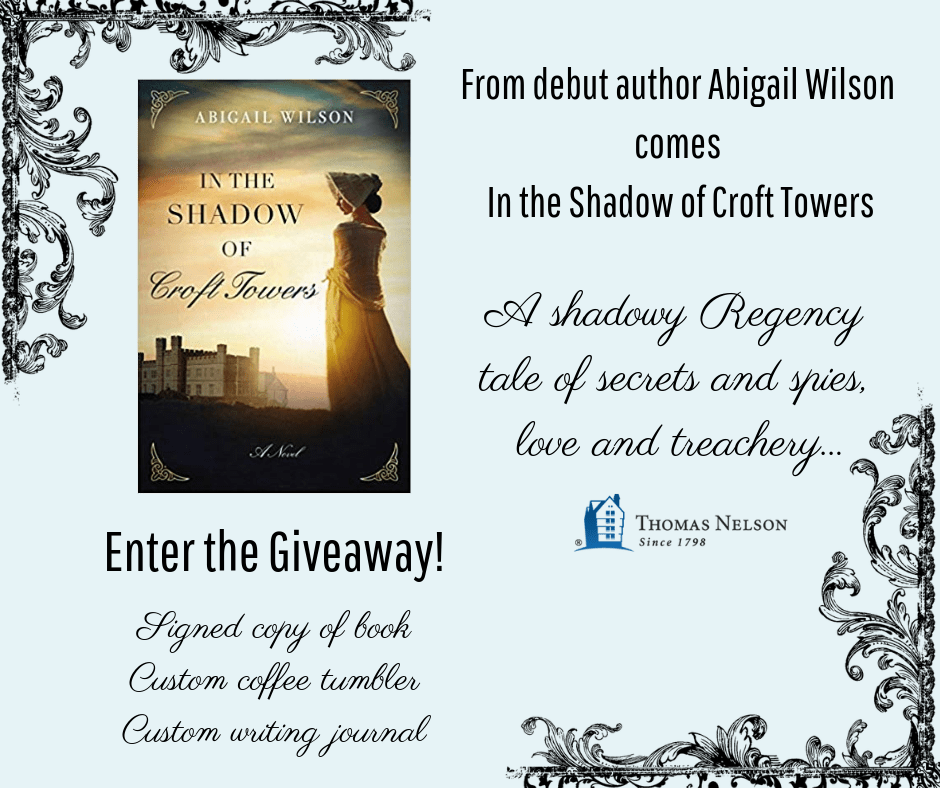 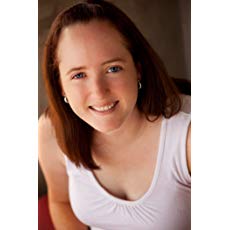 Abigail Wilson combines her passion for Regency England with intrigue and adventure to pen historical mysteries with a heart. A Registered Nurse, chai tea addict, and mother of two crazy kids, Abigail fills her spare time hiking the National Parks, attending her daughter’s gymnastic meets, and curling up with a great book. In 2017, Abigail won WisRWA’s Fab Five contest and ACFW’s First Impressions contest as well as placing as a finalist in the Daphne du Maurier Award for Excellence in Mystery/Suspense. She is a cum laude graduate of the University of Texas at Austin and currently lives in Dripping Springs, Texas, with her husband and children. Connect with Abigail at www.acwilsonbooks.com. Her debut romance In the Shadow of Croft Towers is available now.

Can you imagine the time involved to make those dresses?

I love historical mysteries, and the book sounds intriguing. Also, it always bugs me when pre-Victorian brides end up in white dresses, when we know that is not historically accurate, for the most part.

We focus so much time and effort in the search for the perfect dress for our big day, but I had never considered what people wore for the occasion in times past. It certainly is interesting to read both the facts and the thoughts of fancy.

So interesting finding out what people wore in different time periods.

We’re so used to the idea of a white satin gown with a long train, yet brides in earlier eras chose different colors.

I remember reading somewhere (when you get as old as me, the where & when of information acquisition are lost to the mists of time) that prior to Victoria (and for a while after that) most women got married in black because they would marry in their “Sunday best” which was generally of a heavy, dark fabric (that would not show stains as much as a lighter, brighter fabric). It remained a huge luxury and only for royalty/nobility to have the means to have a dress to wear for one single day of one’s life—wedding day dresses had to be recycled along with all other items in the wardrobe.

Dabney – thanks for the link to the KCI – wow! Lots to look at and learn so I’ve booked -marked it for further perusal. And I think Mel is near the mark. I think the pink, furbelowed, feathered dress would have had a very low neckline and the shortest hem possible at the time. I named my naughty girl-cat after Lydia though her middle name is Jane – in the hopes that she would settle down and behave. No such luck.

Have youall checked out this website? I could look at the clothes, from over the centuries, all day long!

This is awesome! Thanks for sharing.

I’m up watching tennis! Me thinks Lydia would have been flouncey in pink. Many furbelows and lots of feathers!