Blame your family! A guest post and a giveaway by Caroline Warfield

Family—can’t live with them, can’t kill them. It seems to me that family is the cradle of our profoundest emotions: love, tenderness, jealousy, anger, envy, and, yes, hate. No one can make us feel as cherished as family. No one can hurt us as badly as family.

Because of that, writers mine family for motivation and internal conflict continually. What is the source of your alpha hero’s angst? Dig into his childhood. Blame his father…or his brother. Why does your heroine believe she is unlovable or incapable? Check out her family of origin. What makes the villain tick? I’m willing to bet it is family or the lack thereof. Heroes and heroines each come from a different family culture. In the end whether it is happily-ever-after or happy-for-now, they are creating a new one. We cheer them on and hope for the best possible future.

After five published novels, three novellas, and more in process, I realized my romanc

es are profoundly family-centered. The characters in my first series wandered through one another’s books. That is even more true of my current series.

I introduced the heroes of The Children of Empire in A Dangerous Nativity as boys. When I decided to give them their own books as young men, I envisioned lives that hadn’t run as smoothly as readers might have hoped. At the beginning of Book 1, The Renegade Wife, they are living on three different continents, driven there by ambition and curiosity, but also by lies, deceit and conflict. That first book brought the younger brother home to face some ugly truths with his cousin. In Book 2, life forces the older brother to return to England and the cousin who guards a painful secret, but who also needs his help.

I believe another thing about family: you can never really run from them. Sometimes you have to come home and face what drove you away. 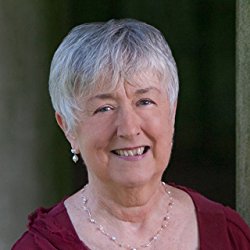 Traveler, poet, librarian, technology manager—award winning author Caroline Warfield has been many things (even a nun), but above all she is a romantic. Having retired to the urban wilds of eastern Pennsylvania, she reckons she is on at least her third act, happily working in an office surrounded by windows while she lets her characters lead her to adventures in England and the far-flung corners of the British Empire. She nudges them to explore the riskiest territory of all, the human heart.

Caroline is a RONE award winner and has five star reviews from Readers’ Favorite, Night Owl Reviews, and InD’Tale. She is also a member of the writers’ co-operative, the Bluestocking Belles. With partners she manages and regularly writes for both The Teatime Tattler and History Imagined.

Caroline is giving away a kindle copy of The Reluctant Wife to one randomly selected person who leaves a comment. The prequel to this book, A Dangerous Nativity, is free.

Sorry I took so long. I need to let you all know Saralee Etter one the book.

Since the book goes live on Wednesday, I’ll award a copy then.

I do enjoy stories about characters and families who make mistakes and learn from them.

Those are stories about real human, beings, no?

I love my family and love reading about families!

Me too! Thanks for stopping by.

Bummed that your book isn’t out in paper – hate reading on the iPad. Will have to stick a reminder to look – Amazon said it came out in October, so paper in July?

Folks, you might also what to enter my grand prize offering.
http://www.carolinewarfield.com/2017blogtourpackage/

Hi Caroline, just read A Dangerous Nativity and just loved it. My first of your books that I have read and look forward to reading them all :)

Thank you Dana, That is great to hear.

Hi, Caroline! You’re so right, our families are where we learn what love looks like, and if we don’t learn a healthy kind of love when we’re young, it can take a lot of soul-searching to change and improve. But romantic novels give us hope that we can get better, and that’s why I love to read them.
Caroline, your books are a great blend of exciting adventure and deep love. Best wishes for this newest release!

You are so right about romantic novels. They are about growth, change, and the things that enable us to love.

Charolette, unfortunately my publisher does not put books in print until they have been released on kindle for ten months. This one won’t see print until January!

Thank you so much for hosting me!