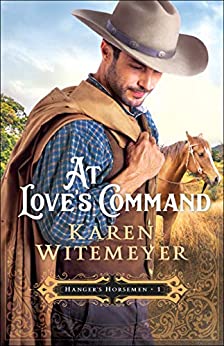 This is a note from Maggie who originally reviewed this book. AAR has made the decision to replace her review with this update.

This book originally appeared on my shelves with a B+ rating. Because that endorsement linked back to the website I review for, I’ve pulled it. I in no way want my opinion  to stain their reputation, built over the last several decades, of writing quality reviews. I wasn’t asked to do this but am doing it voluntarily. Many of the reviewers at All About Romance are in agreement that this book is a racist nightmare that should never have been nominated for an award, let alone won one.  I don’t want an opinion I formed over a year ago to in any way reflect on them.

My reason for giving the high grade was that at the time I wrote the review, I felt the characters were clear that they did not support the actions at Wounded Knee. Matt and his men considered the event a disaster and had mustered out of the army (page 22) and the book goes on  to describe it as an atrocity (page 34) and horror ( page 137) which Matt had spoken against. It also stated that “After the horrors of Wounded Knee, they’d all sworn an oath to do everything in their power to preserve life and justice. That was their penance.” (page 121) I felt these things added together showed a sense of remorse and an acknowledgment that the event was a cruel and hideous thing which should never have taken place and of which they should have had no part.

I am not offering the above as a good excuse to endorse racism, merely explaining my reasoning at the time that I wrote a review of a romance novel. Because penance, forgiveness and the grace of God are big parts of the Christian faith, and we are required to forgive everything, I applied that standard to the text. I am sorry that I did not extend my view to how that might be seen from a non-Christian perspective and I am ashamed that I didn’t consider how the scenario might look from the Lakota viewpoint.  This has been a very humbling learning experience for me and I am indebted to those who have taken the time to explain why that limited lens was the wrong one to use. I have tried for the last several years to promote books that present positive representations of people of color and to be someone who is sensitive to both macro and micro aggressions against them and am very sorry to have failed so completely in this instance.

I want to give a very, very heartfelt apology to the Lakota people. I am deeply distressed that my actions could be seen as endorsing the terrible things that happened in the past and that continue to happen to you today. I will do better in the future.

Thank you for your explanation. It’s all too easy to dig in when we are confronted with our mistakes, and I know it takes character and a good heart to step up, accept and change. I think as people, we often do the best with the knowledge and insight we have at the time. When we later find out that our understanding was lacking, it takes some courage to admit it. At the same time, we need to forgive ourselves,as well. When we do the best we can and yet still hurt people, we can only learn and change and apologize. Keeping a sense of guilt doesn’t help. When we ask forgiveness, we need to remember to ask ourselves for that as well. Thanks again for providing an example of a healthy course correction.

Thank you so much for you kind words. I truly appreciate them.

I typically don’t mention publicly any charitable contributions I make but in this instance wanted to state that I’ve made a donation to the following organization https://friendsoflakota.org/donate/ . It is not a recompense for any harm I might have caused because no amount of money can do that but I wanted my apology to be something more than words on paper.

Maggie, thank you for your explanation of your review and the donation you’ve made.

We all get it wrong at some point in our lives. Every single one of us. To be able to see your mistake, apologize, and make amends is the best we can do.

I remain exceedingly proud of you and of all reviewers at AAR.

Thank you all for the (unpaid) work you do!