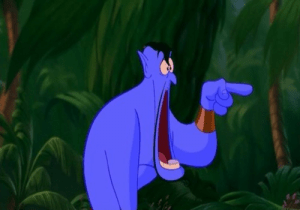 Y’all, this thing is something else. Set between 2018 and 1986, Pieces of Her is a tale of a mother who would go to any lengths to protect her daughter, a daughter who chafes under her father’s authoritarian rule, and a madman who will stop at nothing in order to be worshipped. Told with Ms. Slaughter’s trademark tight plotting and whiplash-inducing reveals, this book is a must for any suspense fan this summer.

It’s an ordinary day for Andy and her mother, Laura. They’re having lunch at a diner – Andy, a 911 dispatcher, has just got off shift – and the pair are discussing Andy’s stalled life. No real friends, no real path, no real anything as she drifts through her twenties with Laura gently trying to course correct her. Then, literally everything changes.

A gunman begins shooting – raving about something incoherent that Andy can’t understand – and then her mother – HER MOTHER – takes control of the situation. Her mild-mannered, speech therapist, cancer-survivor mother who wears pleated trousers and silk blouses takes down a man wielding a gun. When the man cannot be subdued, her mother subsequently slits his throat and tells Andy to run.

Before long, Andy is making her way to a storage unit in Carrollton, Georgia, where she has never been, to retrieve things from a storage unit she didn’t know her mother had, all the while being chased by an attractive man wearing an Alabama baseball cap. Totally normal, eh?

Back in 1986, a woman named Laura is at a giant economic summit in Oslo, posing as a professor, so that she can get close to the head of a pharmaceutical company. We know the following things about Laura: she’s nervous but determined, there’s some sort of plan that she’s participating in, and her last conversation before the panel is at the bar with a woman named Jax.

The story whips back and forth between the past and present at a tight speed that’s never confusing but always intriguing. I was on the absolute edge of my seat the whole time for this read and simply cannot recommend it highly enough for fans of the genre. If you’re looking to get into suspense, this is also a good gateway read, as it’s brilliantly done without wallowing in the worst tropes. Pick it up now and thank me later.

Buy Pieces of Her by Karin Slaughter:

I really enjoyed this book–it was the sort that I stayed up late to finish. I thought the final 20% wasn’t as strong as what preceded it but I still found it a satisfying read.

I do have a few quibbles:

It makes zero sense that Jane didn’t use birth control. I had a hard time believing that Nick wouldn’t have made her. And to simply never have it mentioned despite the fact that she, before she was 22, was pregnant at least three times and those pregnancies were very much a part of the story, didn’t work for me.

I also didn’t really understand Jane’s motivations–Jane had many reasons to hate her father but I didn’t quite get why she made the choices she did in Oslo.

I just started this last night and was RIVETED.