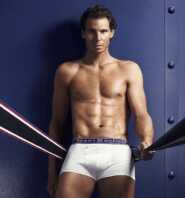 This past weekend was a biggie for sports watchers. (Just ask Tom Cruise–he was seen at the Wimbledon finals AND at the Euro 2020 final game.)  Novak Djokovic won at Wimbledon which gives him a record-tying 20th Grand Slam victory. (You know he’ll pass Nadal and Federer for the most Grand Slam victories ever over the next year.) As I type this, England and Italy are battling it out for the Euro 2020 final. END_OF_DOCUMENT_TOKEN_TO_BE_REPLACED