The Contemporary category is the only one to end in a draw, with voters going for two completely different looks.

Kiss and Tell shows a couple close-up, with the woman apparently whispering in the man’s ear.

Midnight in Ruby Bayou is a completely different type of cover. Although landscapes are common on contemporary covers, few give off such an aura of mystery as this one of a tree standing alone in the bayou. 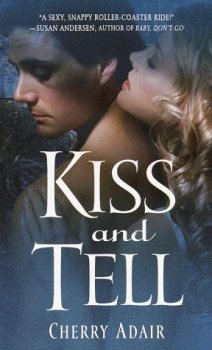 Voters found the pose on Kiss and Tell to be both clever and unusual – and very appropriate for the book and title.

AAR Reviewer Teresa Galloway was attracted to it because it looked like a movie poster.

Lodeen said it’s a “perfect example of mood (color) and imagery for a romantic suspense.”

And from Malvina, “She looks like she’s whispering something in his ear, and he’s still figuring out if he likes it or not. Sums up the book, actually, but as a cover it works whether you know the story or not.”

And more than one reader chose it because they loved the close-up of John DeSalvo!

According to Connie, this is “John Desalvo at his best” and from Patricia S, “Ah, John D’Salvo.”

Voters described the cover of Midnight in Ruby Bayou as eerie, haunting, and seductive.

Preeti said that “It took my breath away when I saw it on display at the bookstore. Beautiful, menacing, and moody, all at once.”

Many also commented on the choice of colors.

Lise noted: “The color red in a cover can often look crass, but I think that it works here very well. The shade of red is dark enough, and mixed with enough shadows, so that it really makes a bold and mysterious statement, and stands out on the bookshelf.”

Carol said, “As I kept looking at Ruby Bayou, I kept wanting to look inside and see what the story was about and how it related to the tree. Red and black with some light or white has always been a very powerful color combination; very eye catching. This is a very evocative painting of a bayou and I’m drawn to the story’s setting.”

Kate said, “I found the cover for Midnight in Ruby Bayou to be especially striking. The red on black makes a nice contrast, and it’s aesthetically attractive enough to draw the attention of non-romance readers” 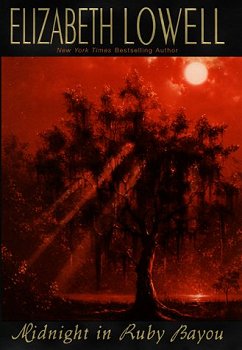 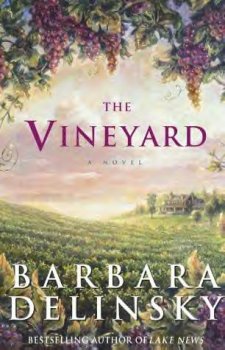 The Vineyard finished third in the voting. Another landscape with the soft colors and warm tones evoking a completely different image from that of Midnight in Ruby Bayou.

Readers who went for this cover loved the grapevine motif and the composition.

Denise called it “lush and inviting,” and felt that it set the stage for the book.

In fourth place is The Unsung Hero, our only non-historical stepback, showing the partial figure of a man in uniform, which is more fully revealed when you open to the inside and see that he also has a woman on his arm.

Both Anne and Kate commented, “There is just something about a man in dress whites.”

And Joyce added, “I don’t know why I love this cover – I just do. The artist definitely caught the essence of a hero!”

The fifth place book, The Prodigal Daughter, is a simple yet haunting landscape with muted colors – a single, bright scarf blowing in the breeze.

Voters really seemed to respond to this simple image.

Tina liked that it let the reader draw her own conclusions, and left her personally with “an aching feeling of loneliness.” 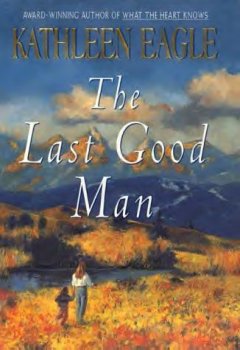 Coming in sixth was The Last Good Man, which shows an autumn landscape with a stormy sky, and a back view of a woman and child holding hands.

Reader Jocelyn found it “impossible to resist those wild autumn colors and the majestic mountains in the distance. The title and the picture of the heroine and child alone in the midst of such beauty invokes a sense of her search for a ‘good man’.”

Seventh is Angel Falls. This particular cover is from the hard cover; I’ve already noticed that this year’s paperback reissue has quite a stunning cover as well. This is also a landscape, showing mountains at night and a comet in the background.

Voter J. Cabbage liked the nightscape look, and felt the comet was a nice touch as well.

The Morning After came in eighth place. It features a close-up of a man with a butterfly on his hand, and many of those who voted for it chose it because they found this man very attractive!

More than one voter said that they wouldn’t mind waking up with him. And Janet added, “His eyes are unforgettable.”

The ninth place book is Wishin’ on a Star. Although cartoon covers are increasingly common on contemporary romances, this is the only one that made the final cut.

Several voters mentioned that they didn’t like cartoon covers at all, and a few even thought this cover belonged in the worst category. But cartoon covers definitely have their fans, and many of those who voted for this cover are among that number. Heather thought that the cartoon image was “modern and fun.” Julie called it “whimsical,” and said that she would pick the book up for the cover alone.

Coming in last was Angel in Your Eyes. Reader Victoria “liked the realism and the colors.” I did too; the blue tones and the way the light played across the features of the couple are what made it get my vote.

The results in this category show a real contrast, with readers going in equal numbers for the close up of a couple (Kiss and Tell) and a haunting landscape (Midnight in Ruby Bayou). Although this category seems to be somewhat dominated by landscapes, it’s interesting to note that the winning landscape is different from the rest; it’s dark and moody, with completely different colors than one might expect to see. It will be interesting to watch this category next year to see if landscapes continue to dominate – and whether cartoon covers continue to be popular with publishers.

To the Alternate Reality Results