Readers seemed to have a very hard time choosing in this category; more than one reader mentioned being torn between two or three covers. 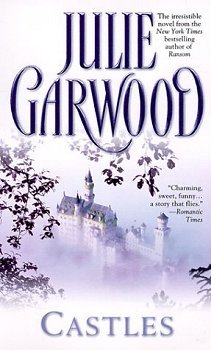 Castles, as a cover, was an early favorite for Single Cover Historicals among members of the coverballot committee, and it never lost its momentum through several rounds of balloting. Those positive feelings were confirmed by voters in the 2000 Cover Contest. Though the cover came out fairly early in the year (March), it sustained voter interest throughout the year and received nearly a third more votes than the second place finisher in this category. This style of cover – gracious, romantic, and otherworldly – is clearly very popular with romance readers.

Dana described it as dreamy and beautiful, seems perfect for the title.”

Anna added that it “evokes a dreamlike romantic image – lovely use of white and clear colors” and Kate called it “ethereal.”

Persephone had this to say: “I think I like it because it’s all light and airy, it’s sort of like something you’d see in a dream.”

And from Laura, “I was torn between this & ‘Forever Amber‘. The impression the Castles cover gave me was of a sweet, romantic book, and I think I would pick it up to read the back cover.”

The China Bride and Wicked Widow came in second and third in our voting tally. The titles of the books speak of the heroines, and the covers of these books reflect that. It’s interesting that the primary figurative element of both these covers is a view of a woman’s back. In The China Bride, the woman is completely anonymous – we never see her face. But in Wicked Widow, her profile appears, masked and obscured. It’s striking how each protagonist shown on these books is surrounded by mystery in the cover image.

Jaycee, coverballot’s alternate reality cover expert, made The China Bride her choice. It was her favorite from the beginning, and she said that “the way Ennis presents this lady’s back is very intriguing. It makes me want to see how the author describes her! And isn’t that what a good cover should do?”

Alicia adds, “This cover is soft and feminine with an elegant touch. It is beautiful.”

And from Beth, “Elegant, with enough skin to indicate level of explicitness, without being atrocious” 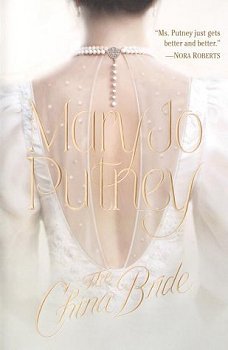 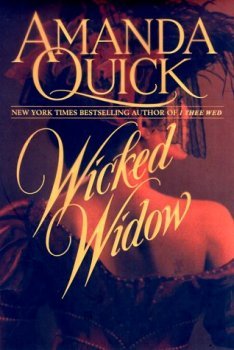 Judith comments, “It was tough to choose between this one and The China Bride – similar /wp-content/uploads/oldsiteimages. But the color and style fit the book better for the Wicked Widow – that long bare back, while beautiful, and beautifully done, just seemed a little too contemporary in my opinion for the China Bride.”

Many readers liked the tattoo on the Wicked Widow’s back, which they found interesting although they also found it historically inaccurate. Raelene felt that it really “added to the cover visual.”

The 4th place cover, for The Rose and the Warrior, is a montage that seems almost a throwback to the sweeping historical sagas of years gone by, and an style that isn’t seen as much in today’s romance novel covers. In many ways, this cover resembles some of the stepbacks that were popular this year, such as Madeline Hunter’s.

Readers were especially drawn in by the hero. Lodeen felt that he was the perfect example of a highlander, and she loved the intense facial expression.

Genia said, “The handsome face with a hint of the action in the story was the ‘hook’ for me – I wanted to know what was happening.” 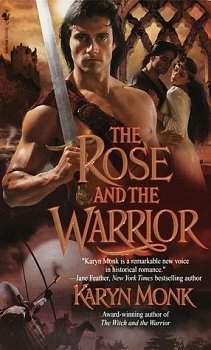 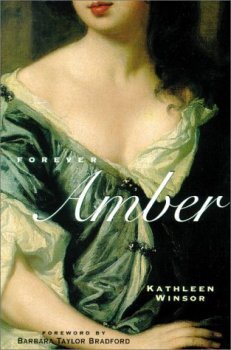 An alert AAR reader, Tanya, (who also chose it as her favorite) let us in on the origin of our fifth-place cover, Forever Amber. Here, a portion of the portrait of Louise de Keroualle, Duchess of Portsmouth, painted by Peter Lely sometime around 1671-1674, is used on the cover. This is quite ironic in that the heroine of the book is mistress to Charles II, and the Duchess was his real-life mistress. You can find more information about this painting, and Lely, here.

Readers who voted for this cover all loved that it was an actual historical portrait.

Shelly found it “very tasteful yet very sexy,” and Heather thought that it made “the novel your mother warned you about look like Jane Austen.” This was my personal choice for exactly those reasons, and I would love to see more covers like it.

Although landscapes seem to be more popular in contemporary romances, a well-done landscape can excel in any category. The cover for One Wish came in sixth place, and those who voted for it mentioned its dreamlike quality.

It was the favorite of AAR reviewer Rebecca Ekmark, who commented that, “Admittedly there are loads of landscape covers out there. I could give or take many of them, but One Wish has a magical quality – it makes me believe that there just might be magic under that cover.”

And from Lori, “This cover has a calm, soothing effect–Just makes me want to be there. It looks so peaceful. If this were a real place, I’d love to live there!” 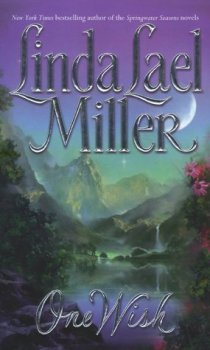 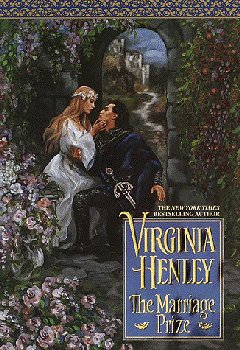 Another richly romantic cover, The Marriage Prize, came in seventh in our voting. Here we see almost the classical image of romance, as a knight kneels before his lady fair. The millefleurs-like background and castle depicted by artist Lynn Sanders remind us of rich medieval tapestries, immediately creating an appropriate setting for this book.

The cover reminded reader Andrea of Pre-Raphaelite art, and although she never finished the book, she has yet to forget the cover.

Readers who voted for the eighth place Midnight Pleasure were intrigued by the partial image of the woman on the cover.

Jocelyn had a hard time choosing between this cover and Forever Amber, but told us that “Midnight Pleasures won out because of the sweep of the heroine’s arm. It spoke of abandonment and romance with such a subtle detail. And the ivy trailing up the wall is lovely.”

Mary Lynne notes that the full image of the woman actually wraps around to the back cover, and adds that this sort of image is becoming increasingly popular. 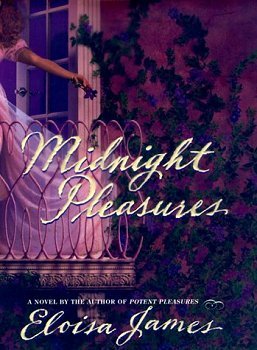 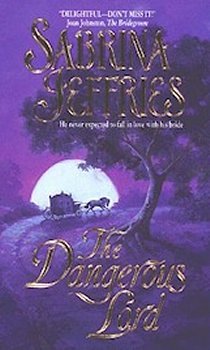 Coming in Ninth place was The Dangerous Lord. The image of the moon and the coach drew many readers in and added an air of mystery.

Reader Jen chose it as her favorite. She thought it looked mysterious and dangerous, and was also pleased that it went well with the book itself. 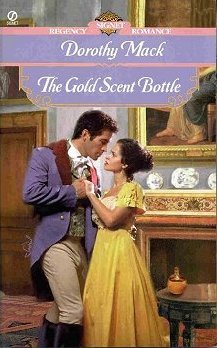 Our tenth-place cover is, in many ways, our most “traditional.” The Gold Scent Bottle is the only cover in our contest to show full /wp-content/uploads/oldsiteimages of a man and a woman interrelating (the image in The Marriage Prize is almost equal in size to the backdrop flowers and castle). The background setting nicely places us in the Regency.

Malvina found the cover “incredibly romantic” and thought the hero and heroine looked like they were in love. But a frequent comment was that Regencies should be in their own category – and next year they will be. It will be called Historical Series and will include Precious Gems historicals and Harlequin historicals as well.

Mary Lynne, our Committee Chair, for Historicals: Single Cover provides us with this summation:

“While our cover results show us many wonderful things about Historicals: Single Cover books, what’s missing here? Well, for one thing, the traditional clinch. While many were nominated, none made the final cut into the top ten finalists. The closest image to a clinch, for The Gold Scent Bottle, is sedate in its interaction between the hero and heroine. Also missing are the “hero alone/heroine alone” covers. Several of the former were nominated, but none made it to the final round. These covers are the conventional staples of the romance industry. But when it comes to naming the best of the best in Single-Cover Historicals, it was innovation, mystery, and creative stretches to the boundaries of the norm that prevailed.”