The Historical Series category was new for the 2001 contest, created in response to reader complaints that the covers of Harlequin Historicals and traditional Regencies (both Signet and Zebra) couldn’t hope to compete in the flashier Single Cover Historical category (their previous home). The response was fairly mixed. Many voters were less than impressed with the choices at hand, and declined to make any vote at all. Others made it perfectly clear that they hated all the covers, but were voting for the least objectionable among them. One of the non-voters was Susan, who complained, “These were all pretty gooey. Not much to choose from among them at all.” Caseyanna was even more passionate: “All of these covers were losers. I would have been embarrassed to take them up to the bookstore counter to buy. They all seemed to shout out ‘I don’t read above fifth grade level’ to me. Yuck!” These comments notwithstanding, Coverballot plans to continue the category next year. 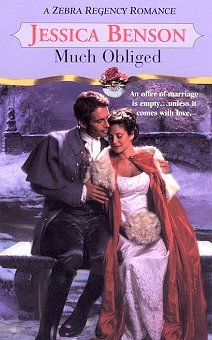 Zebra
Cover Artist: Jon Paul Many readers were passionate about the first place cover, Much Obliged. They loved the winter scene, and they really loved the fact that the characters were actually dressed for the outdoors. (Are you listening, art departments? <g> )

Katey made it her choice: “I like the tenderness and closeness depicted here. The cloaks are also beautiful (the way they fall) and a nice touch – too often we see inappropriately dressed people in winter scenes on the covers. And I liked the color scheme too.”

Allison agreed: “So romantic. You get the feeling that even though the H/H are outside in the cold, they are oblivious because of the warmth they create together.”

Reader Cheryl shared these thoughts: “Though Scandal in Venice has a great feel of place with the gondola, it is the wrong place. Traditional Regency means England to me, not Venice. My vote is for Much Obliged. It’s not often you get to see a “many-caped great coat” on a cover.” And Myretta (of Pemberley fame) added her vote in favor of Much Obliged and the Historical Series category: “I’m glad to see this category. My choice is the cover that I think best reflects the characters in the book. I prefer Regency covers where the heroine doesn’t look like she’s on her way to her senior prom.”

Coming in second was Scandal in Venice, and yes, that is John De Salvo rowing the gondola. Several voters picked it because they loved seeing the ubiquitous cover model playing second fiddle.

Author Tina St John said, “Is that John De Salvo rowing the gondola?! Gotta vote for this one just because.”

Coverballot members Mary Lynne, Lisa, and Liz picked SIV for the same reason. Mary Lynne had this to say: “I’m sorry, but the image of John DeSalvo serving as the gondolier for Mike Dale is just priceless. It’s a wonderful, inside joke for any cover fan.”

Others chose it not because of the famous gondolier, but because they found the compostion attractive. It got AAR reviewer Katarina’s vote. She said,” SIV won on the rounded, almost cameo-shaped image of couple, framed by boat and bridge. Again, dark, calm colors.” I chose it myself – partly because I thought it was beautiful, but also, I admit, because I liked seeing De Salvo in this more subservient role. 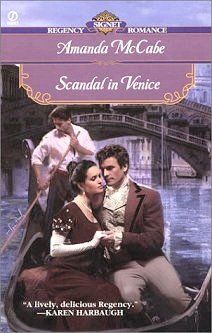 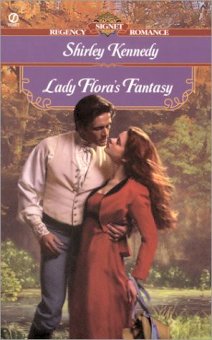 Gillain said, “love the colours in this cover. And the clinch seems perfectly in keeping with the title.”

Margaret made it her top pick as well. She liked the way the couple was focused on each other, and that the illustration fit with the title.

Labor of Love came in fourth.

Reader Jeni had this to say, “I like dreamy and romantic /wp-content/uploads/oldsiteimages on historical series covers, especially if they’re Regency. Which is why I picked Labor of Love.” 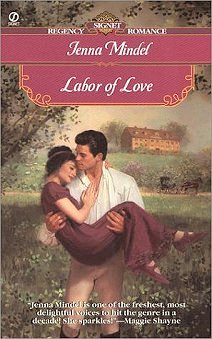 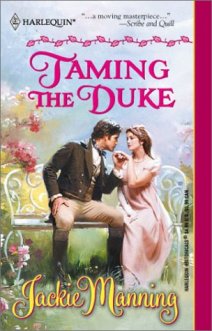 The fifth place vote-getter was Taming the Duke, a Harlequin Historical. Shelley thought it had a “fresh look,” and Lynda thought the scene was “sweet.”

It also got Marianne’s vote: “They were all so similar, I chose Taming the Duke because it was pretty, and I liked the hero.” Marianne also mentioned that John De Salvo seemed to be on every cover in this category – a complaint voiced by more than one disgruntled voter. 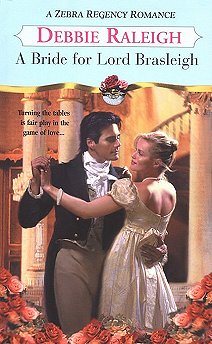 Sixth and Seventh were A Bride for Lord Brasleigh and The Painted Lady.

Sarah wasn’t wild about any of the covers, but she made The Painted Lady her choice because “the couple on the cover is appreciating art, and that shows intelligence, a feature I adore in my characters.” Reader Jennifer chose it also: “Of this group, this was the only cover where the hero and heroine looked “real”. The woman critically examining her painting, seeing its flaws, and her man by her side loving her and her work unconditionally.” 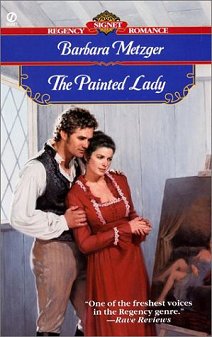 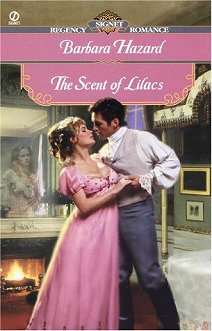 Eighth was The Scent of Lilacs.

Reader Shinjinee liked the overall color scheme of The Scent of Lilacs, as well as the ghost in the mirror.

Author Candice was glad to see the addition of this category, and she made Lilacs her choice also, but she noted, “I’m glad you created this category, although presenting them all together like this emphasizes how very much alike they look. It’s past time for an overhaul in packaging for Regencies.” 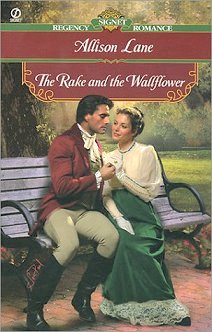 In ninth is The Rake and the Wallflower.

Several readers who chose The Rake and the Wallflower mentioned the beautiful colors.

Coverballot’s Jaycee wavered between TRATW and Scandal in Venice, but finally made the former her choice. She said, “But I kept going back to TRATW. I think it’s the beautiful colors used. It’s an overall soothing, yet intriguing cover, and exactly what I’d like hanging on my wall. Beautifully done.” 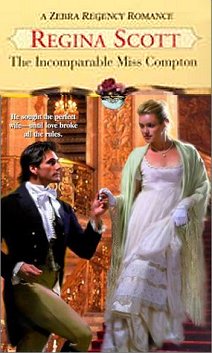 In last place was The Incomparable Miss Compton, a cover that many readers didn’t find very incomparable.

Reader Sophie felt it was the best of the lot, and though she found the figures somewhat stiff, she liked the “appealing positioning.” She also gave the hero points for not “looming over the heroine.”

To the Alternate Reality Results