The End of a Series by Layla Reyne

A few weeks ago, one of those Facebook reminders popped up in my feed, highlighting my tweet from last July when we announced Agents Irish and Whiskey. A year ago, I was celebrating with friends in San Diego before my first RWA National Conference. My first writing conference of any kind. I don’t think I ever fully grasped the saying “time flies” until that reminder message. I can’t believe all that has changed for me, and Aidan and Jamie, over the past year, as three books and A LOT of explosions later, we reach the conclusion of the Agents Irish and Whiskey series. Is it bittersweet to finish my first series? A little. Is it a relief? More than a little, not that other projects aren’t already in full swing. Am I happy with where AIW is ending? You bet!

Aidan and Jamie deserve a break after all they’ve been through the past three books. They’re going to sit back and enjoy their hard fought, happily ever after. How did I know it was the right time for their arc to conclude? Because, let’s be honest, how much stuff can these two guys go through in nine months? Yes, I’ll be the first to admit there are a fair number of things in AIW – as in most romantic suspense – that require the suspension of disbelief. But even I couldn’t suspend disbelief long enough to believe Aidan and Jamie could suffer more beatings and bombs and remain standing, much less breathing. They’re good, but they’re not Jack Bauer.

While mystery/suspense, as a genre, lends itself to continuation series—there’s always a new case or mission (and I’m not ruling that out in the future)—this particular arc for Aidan and Jamie was complete. The overarching mystery plot involving Aidan’s late husband, and the romantic development between Aidan and Jamie, was always planned for three books. That’s how much room they needed to solve the case and for Jamie to bring Aidan around to love again. Limiting it so, allowed me to keep the suspense and romantic elements tight, escalating and moving at a fast (okay, breakneck) pace. I love books and series that I can’t put down (I lost an entire weekend recently to Tal Bauer’s The Executive Office series), so that’s what I set out to do with Agents Irish and Whiskey. I especially love Barrel Proof for how rock ’em, sock ’em it is. The book never lets up, which is how the final book in any series should be. It’s the pay-off—go big or go home. (Yes, I talk in sports analogies too.) I grew up on a steady diet of action movies, and that’s what I wanted to deliver with each of these books, but especially with Barrel Proof. And as for the growth of the romantic relationship, credit where credit is due to my editors and beta reader who suggested moving the Gabe reveal from the end of Cask Strength to the beginning of Barrel Proof. That revelation, delivered in the middle of a burning villa that is literally collapsing around them, is perfect—metaphorically, visually and structurally—for launching the final act of Aidan and Jamie’s story.

All this said, let me put some reader anxiety at ease… I’ve sort of, kind of, definitely cheated when it comes to “ending” the Agents Irish and Whiskey series. This is not the last you’ll see of Aidan and Jamie. While it’s the end of their arc (for now), the Whiskey ’verse is expanding, with other characters and couples taking center stage, starting with Melissa and Danny in Tequila Sunrise, coming this November. I’m thrilled to continue to build out this world and to play more with these characters I’ve grown to know and love, some surprisingly so (ahem, Nic). So pull up a stool, grab a glass, and stay for a while! 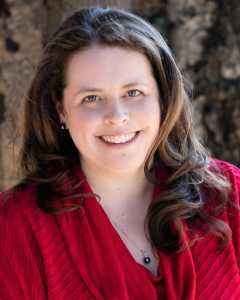 Author Layla Reyne was raised in North Carolina and now calls San Francisco home. She enjoys weaving her bi-coastal experiences into her stories, along with adrenaline-fueled suspense and heart pounding romance. When she’s not writing stories to excite her readers, she downloads too many books, watches too much television, and cooks too much food with her scientist husband, much to the delight of their smushed-face, leftover-loving dogs.

Thank you so much for having me on the blog and celebrating the BP release and AIW conclusion with me :)

Oh I loved this series so much! I’m so glad to hear we’ll see more of this pair – but that we also will get to know the secondary characters. So many of them are ripe for stories of their own!

Congrats on a hugely enjoyable series, Layla :) I’ve enjoyed it very much and am pleased to hear that there are more books in the AIW world to come. (Yay for Nic!)