Gretna or Bust: A guest post by KJ Charles (and a giveaway)

If there’s one journey that defines the Regency romance, it’s the flight to Gretna Green. This is a staple of many a m/f historical, and my latest m/m romance, Wanted, a Gentleman, also involves a flight to the border. (There is only so long you can write British historical romance before this happens.) But what was it about Gretna Green that made it some sort of kilted Las Vegas?

Well, mostly, it’s in Scotland, and Scotland had different marriage laws. In England after 1754, an under 21 could not marry without parental consent (unless they managed to publish the banns over the course of several weeks without the parents finding out, which would be a challenge). However, in Scotland, boys could marry at 14 and girls at 12–with or without parental consent. Furthermore, Scottish law allowed for ‘irregular marriages’ which could be conducted by almost anyone in the presence of witnesses, not just by clerics.

A tradition rapidly developed of runaways asking blacksmiths to do the wedding honours—to the point where blacksmiths became known as ‘anvil priests’—apparently because Gretna’s forge was at the centre of the village where the roads met, and thus obvious and accessible. Social history would be very different if there had been a greengrocers there instead, or a dog grooming salon.

Beyond being in Scotland, there was nothing special about Gretna Green except that it’s pretty far south, and that a brand new toll road was built passing through it in the 1770s. Given the appalling state of 18th-century roads, aka rutted cart tracks, this was a huge advantage in getting there fast, and hence Gretna Green came to be the market leader in runaway weddings.

But it wasn’t the only one.  In order to get to Gretna Green from London on the better roads, you generally headed up the Great North Road to Boroughbridge in Yorkshire, and then towards Carlisle and onto the Great West Road to Scotland. But you could just as well stay on the Great North Road and head through Newcastle to another of the border towns that specialised in quick marriages, such as Coldstream Bridge. The border was further north on that side of the country, but you avoided the tiresome dog-leg west. And you might find yourself better able to throw off pursuit by an angry father or brother that way.

You may well be asking why any of this is relevant to queer romance at a time where marriage really wasn’t an option. In Wanted, a Gentleman, an underage heiress has eloped with her suitor after a courtship in the pages of a Lonely Hearts magazine. Mr. Martin St. Vincent finds himself with the unwanted job of chasing down the runaways before they reach the border, and recruits Theo Swann, the Lonely Hearts publisher, to help him in the chase.

As it happens, neither Martin nor Theo is inclined towards marriage of any kind, Gretna or otherwise. And neither expects that, in trying to stop someone else’s wedding, they might find a love of their own…

To celebrate the release of Wanted, A Gentleman, one lucky winner will receive $20 in Riptide Publishing credit! Leave a comment with your contact info to enter the contest. Entries close at midnight, Eastern time, on January 14, 2017. Contest is NOT restricted to U.S. entries. 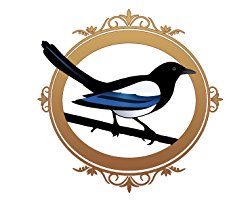 KJ Charles is a writer and freelance editor. She lives in London with her husband, two kids, and a cat with murder management issues. KJ writes mostly romance, mostly queer, frequently historical, and usually with some fantasy or horror in there.

Support AAR--shop at our store!