A Guest Post and a WONDERFUL Giveaway from Rachel Grant

CATALYST (Flashpoint #2) is the first book I’ve written in which the setting is a place neither my husband nor I have visited. I tackled this problem with research. Lots and lots of heartbreaking research.

Having achieved independence from Sudan in 2011, South Sudan is the world’s youngest democracy. But South Sudan isn’t a success story of free elections and political autonomy, of a thriving populace emerging from sixty years of war. No this is the worst example of what can happen with a nascent government undermined by corruption, tribalism, and other factors too complex to delve into here. Civil war broke out in South Sudan in 2013. It is estimated that up to 300,000 have been killed in the war. In a country with a population of 12 million, over 3.5 million have been displaced, creating a refugee crisis within South Sudan and the surrounding countries. Fighting has decimated crops and existing agricultural infrastructure. It is estimated 6 million people face starvation, all while women and children are being raped by both government and rebel forces, and male children forced to fight. 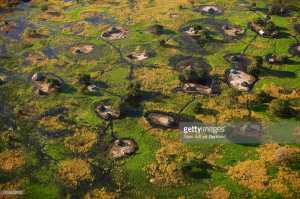 South Sudan is an incredible, beautiful country covered in tropical forest, swampland, and grasslands. The country is home to a vast array of wildlife including lions, leopards, cheetahs, elephants, giraffes, zebras, hippopotami, chimpanzees, baboons, and monkeys. The Sudd is one of the world’s largest wetlands, during the rainy season the Sudd can extend to an area the size of England.

The country’s vast oil reserves could provide great wealth to the citizens, but control of the resource is likely one of the many causes of the conflict. While South Sudan has over 17,000 km of roads, only 200 km are paved. What little infrastructure existed before 2013 has been destroyed.

It was daunting to craft a romance in this setting. I needed to be respectful of the country’s dire situation while not writing a story so bleak, there was no joy to be found for readers. I hope readers can get lost with Bastian and Brie as they are stranded in the flooded grasslands of South Sudan and feel that irresistible pull that gives them sparks of joy in the midst of a nightmarish situation. And I hope readers will come away with some knowledge about a place that gets little attention. I can’t give South Sudan a happy ending, but I can shine a light on the plight of the people.

Here is part of my author’s note for CATALYST:

The issue of girls in the developing world dropping out of school because they have no way to manage their period is real, as is the crisis of famine and civil war in South Sudan. If any part of this story has touched you, and if you can afford to give to those in desperate need, please join me in donating to a charity that sends reusable menstrual panties to the developing world, and/or food aid to South Sudan. Some suggestions are Days For Girls or Pads4Girls for menstrual products, and World Food Programme or Oxfam for food aid.

Thanksgiving is upon us and I am giving thanks for all I have by donating to these charities and will be donating more as part of my holiday gift giving. With recent earthquakes, fires, and hurricanes, there are so many in need here in the US and all over the globe. I’m listing some of the charities I intend to support and ask that you share your favorite charities in the comments.

The Humane Society of the United States http://www.humanesociety.org

Now it’s your turn! Tell me what charities are close to your heart. One commenter will win a signed print copy of CATALYST and I will donate $50 to UNIDOS Disaster Relief and Recovery Program to Support Puerto Rico in the winner’s name. 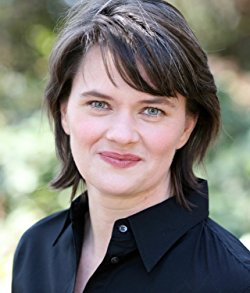 Four-time Golden Heart® finalist Rachel Grant worked for over a decade as a professional archaeologist and mines her experiences for storylines and settings, which are as diverse as excavating a cemetery underneath an historic art museum in San Francisco, survey and excavation of many prehistoric Native American sites in the Pacific Northwest, researching an historic concrete house in Virginia, and mapping a seventeenth century Spanish and Dutch fort on the island of Sint Maarten in the Netherlands Antilles.

She lives in the Pacific Northwest with her husband and children and can be found on the web at www.Rachel-Grant.net.

I largely give locally since I can see the results. But I also support Breast Cancer (since most of my sisters and I have gotten it), Doctors Without Borders, Leukemia and Lymphoma (another of my diseases), my college, a scholarship fund started by my parents and a few others

I always check out charity navigator before I give. My charities are:
Doctors Without Borders
Americares
UNICEF Kind program, which supplies desks to schools
Care, scholarships for girls

There are so many good causes to donate money too. Too many to list.

National Multiple Sclerosis Society
Alzheimer’s Foundation of America
Colon Cancer Alliance
Breast Cancer Research Foundation
Michael J. Fox Foundation for Parkinson’s Research
Leukemia Research Foundation
American Heart Association
All of these have become dear to me when a loved one benefited from them or was taken from my life too soon because of the disease they are striving to find a cure for. I also help support the USO, the Wounded Warrior Project, Habitat for Humanity, and many other groups to help disaster relief, animals & nature.

I do a Christmas party and make our guests pay for their presents. We donate the money and any money instead of gifts to Puffy Paws Kitty Haven of Englewood, Florda. They help Feline Leukemia and HIV kitties. This is our gift of the Season.

I am late to the party, Rachel, so do not enter my name for a free copy of your book. Thank you for raising awareness t0 these issues. I donate where and when I can. Sexual assault against women, here in North American and abroad, is prevalent, and grossly underfunded when it comes to victim seeking resources.–at least where I live. So, in addition to all the charities I donate via a paycheque, I donate extra to sexual assault centres that may or may not receive funding from the government.

Lion Guardians, The David Sheldrick Wildlife Trust, Doctors without Borders and the ACLU. Excellent & timely post! Thanks for the chance!

I support The Humane Society, ASPCA and St. Judes Childrens Hospital. The Wounded Warriors is also a favorite of mine.

Two of my fave charities are the Wounded Warrior Project and Carenet. Thanks for the chance.

Love your passion for this and love learning more about South Sudan and organizations that people support and care so much about. Compassion International is one of my favorites. We have been sponsoring a young man (age 18 now) since he was about 4 years old, writing and receiving letters, sending money for gifts, and sponsoring him, which helps his family. Thank you for starting this, Rachel!

I am a Kiva fan. I’ve been a donor since 2006 and have made 109 loans. I’ve supported those in 48 countries and have only had three defaults. I also like DonorsChoice.org. I do a classroom project a year in my state,

I love Kiva! One year for Christmas (2006 or 2007?), instead of my husband and his siblings doing a gift exchange, everyone donated to Kiva and my husband managed those micro loans for years before finally just donating everything back into Kiva.

I love all these suggestions, please keep them coming!

I like to support Syrienhilfe e.V. (www.syrienhilfe.org/english) since I have worked on archaeological digs in Syria and this organisation helps locally by e.g. building workshops for war invalids and distributing locally bought food and medicine. Besides that, I donate to Doctors without Borders, the UNO refugee aid, the Johanniter and, in memory of my grandmother, the Muettergenesungswerk which helps overburdened mothers.

Tina, I’d love to know more about both Syrienhilfe and your work in Syria. I researched both Syria and the archaeology of the region extensively for my book, Covert Evidence. I’m just heart broken over the devastation and crises of the civil war and want to know more about what I can do, how to effectively contribute to refugees.

I was involved in the excavation of the German-Syrian Mission of Qatna/Tell Mishrife, about 20 km east of Homs. There, we, together with a Syrian and an Italian team, worked in the Bronze Age palace, discovering two undisturbed tombs in 2002 and 2009. You could see some info, including pictures of small finds and reconstruction of the plan, at our homepage (www.qatna-projekt.uni-tuebingen.de/Home.html). I was there in 2006, 2009 and 2010, the last two times as the small finds registrar. It was really a very interesting excavation and we worked not only together with Syrian archaeologists, but also with local people from the small city we were staying at and foremen from North-Eastern Syria. In 2010, none of us expected that we wouldn’t return there the next year, everyone was so open and hopeful, expecting Turkey to become a part of the EU and then having new chances as a EU-neighbour. As far as we have heard, the excavation site has not been robbed and the city has been peaceful. However, times are really hard and the prices have risen exponentially while the Syrian pound has lost a lot of value. We are still paying the rent for some storage rooms and also a security guard for the excavation side. Some of our foremen have lost family in the war and several have fled into Iraqi-Kurdistan, most of them living in refugee camps. But there, everything is very expensive and work is scarce. A lot of the archaeologists who have worked in Syria before the war, including my professor, are now working in Iraq, so, during the summer, we can give them jobs. And also most long-term members of our team informally contribute some money to their families, last year i.a. to buy some goats.

Syrienhilfe e.V. is a small group of mainly archaeologists, engineers and artists who have worked in Syria and have a personal connection to people there. It started with collecting money in Germany to give to those Syrian acquaintances to buy food and give to families they knew and grew from there. Eventually, they helped finance projects like building a workshop to manufactures prostheses for war invalids, to buy chickens so that people in the city could have eggs, to build a seamstress workshop in Libanon where Syrian women could earn some money to support their families, and to provide psychotherapy for refugees now in Turkey. One member of Syrienhilfe e.V. is a personal friend and long-term colleague of mine, and I also met the founder personally during some activities here in Germany. If you would like more information, I could give you the address of my friend Sarah. Just write me an email at tina.koester@uni-tuebingen.de

Wow – thank you so much for this information. I will pass this along to my husband as well as share with other US archaeologists I know.

Thanks!
I really like that they try to help directly and locally and support local capacity building! And that they have a lot of small scale projects.

My favorite charity is Americares. 98.1% of its total budget goes towards its stated aims, accorded by Charity Navigator. It was one of the first to give help in Texas after the hurricane.

Salvation Army Angel Tree (Food Angel), KY Women’s Breast Cancer Treatment Fund, also I donated today at Outback Steakhouse for a charity that provides a Holiday meal to military families (I can’t remember what it’s exact name was). The other two I donate to every year. I may add more before the end of the year. A few of the ones I’ve donated to earlier this year are: Hand in Hand (Hurricane Relief), Paddling for Cancer Awareness, KY Public Health Scholarship Fund.