Heads Up: The Annual Poll Will Be Here Soon – And We Want Input! 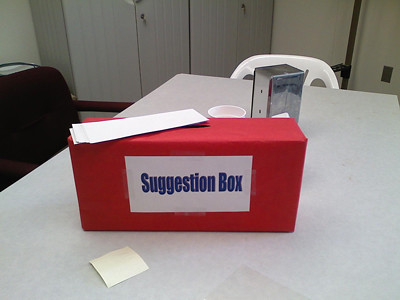 It hardly seems possible, but in just over a month the AAR Annual Reader Poll for romances published in 2012 will be here. Yes, once again, we’ll be polling for your favorite romances published during the past year. The poll will start on Monday, January 7, 2013, and run for two weeks until midnight U.S. Eastern Standard Time on Sunday, January 20, 2013.

If you’re new to AAR, or have never voted in one of the Annual Reader Polls, you may want to check out the results from last year, as well as our write-up of the results, including comments from some of the winning authors. We plan to retain all of the categories in last year’s poll, listed below:

* Best Historical Romance Set in the U.K. (this includes England, Scotland, and Wales)

* Best Historical Romance Not Set in the U.K.

* Best Debut Author (an author who was first published in 2012. This will exclude writers who have been previously published and are now writing under pseudonyms. For more ideas, check out this blog post. Though by no means a comprehensive list of all 2012’s debut authors, it should be helpful.)

But in addition to the above categories, we’re going to try something new this year. For the past few years some of you have asked if we would consider adding a new category to the Annual Poll, and have offered suggestions such as Best Villain and Best Cabin/Road Romance (both found in pre-2009 polls) or entire new categories such as Best Non-Romance with Romantic Elements or Best Mystery with Romantic Elements. We initially thought about just adding one of these to the upcoming poll, but then decided to give readers the final say.

We’re going to select an additional category in two stages. First, if you have an idea for a category you’d like added to the upcoming poll, post your suggestion in the comments below. We’ll tally all of your comments after one week, and then run a poll the following week with the top contenders.

We look forward to reading your suggestions and to receiving your ballots when the poll begins in January. Until then, happy reading!

– LinnieGayl, Cindy and Lee B.

I would love to see a category for Inspy. Would be a great addition to the categories!

how about I/ R or M/C romances?

Barbiepomales: how about I/ R or M/C romances?

What do I/R and M/C stand for? Google failed me when I tried to find out.

If we’re doing Inspirational and YA as subgenres (that actually span other sub genres) I’d like a Best GLBT Romance category.

I would love to see the Best Inspirational category added :)

Include me with the readers wanting to see an Inspirational Romance category and Self-published Authors. One of my favorite reads this year is The Messenger by Siri Mitchell, which is an inspirational story. I also enjoyed self-published author Ellen O’Connell’s 2011 book, Dancing on Coals and have purchased Beautiful Bad Man, which was published this year.

I’d love to see a category for indie or self-published authors. I’ve almost completely abandoned books published by the large companies and have found some gems in this group for my Kindle.

The self-published category is an interesting idea. There is so much gunk, but a few magnificent gems in the rough. This would be a good way to help find those gems…… although mainstream publishers seem to be snapping up the quality self-pubs.

I would love this also!

I’d love to see Inspirational! And Best YA romance.

And I love The Most Improved Author category that Kim suggested, ….though I’m not sure I’d have the ability to vote in it, but love the idea of a second chance to give an author, so I the idea might be nicer than the ability to get good votes?????

How about a category for Steampunk? I’d also like to see Inspirational.

Juliana Gray is another debut author who’s received very good reviews. I promised myself I would read a book by her before this poll, but haven’t yet – AARGH.

I’d really like to go back to Alternate Reality Romance which takes in all fantasy / futuristic / paranormal / steampunk etc romance. Easier than trying to work out which one is which.
Most Annoying Lead Character was also always a good one to work out some frustration – and it often didn’t match up with Most Disspointing or Worst Romance.
And I second all the other suggestions of Best Non Romance w Romantic Elements. I always used to get a lot of ideas from the pre-poll column which asked people to nominate their best non-romance and best non-current year reads.

I’d love it if there was a category for futuristic and Steampunk romances. There’s quite a lot of them these days and they don’t really fit in with either paranormal or historical (for Steampunk) romances.

Best YA romance would also be a good new category to have, since there are quite a lot of good YA romances and yet they tend to get lost in the shuffle.

Do the books have to be published on paper or can they be digital? I had some favorite e-novellas and digital books during 2012. I like the anthology suggestion or best short story.

You can vote for digital or paper books.

If you only want to add just one category, you could satisfy a lot of these other posters’ requests if you title it “”Best Non Romance with Romantic Elements.”” That would cover all the other genres (mystery, suspense, sci-fi, fantasy, paranormal, inspirational, women’s fiction, contemporary) containing some romance but not officially labled as such.

Perfect – I love this classification – which can support so many different variations. Tee, you are so smart!

Tee: If you only want to add just one category, you could satisfy a lot of these other posters’ requests if you title it “Best Non Romance with Romantic Elements.” That would cover all the other genres (mystery, suspense, sci-fi, fantasy, paranormal, inspirational, women’s fiction, contemporary) containing some romance but not officially labled as such.

Thanks for the suggestions! Keep them coming.

Best of science fiction/ fantasy with romance. This would give a place for SFR and steampunk, which DO NOT fit either paranormal or romantic suspense. For example, one of my favorite books of 2012 is Riveted by Meljean Brook. It’s not paranormal, its steampunk/fantasy/SFR.

Here are a few suggestions:

A Continuing Series That Has Gone On Too Long

I would LOVE to see the Inspirational category added back in. This genre has really exploded in recent years with some great new authors, and I need help separating the wheat from the chaffe. This poll always helps. Pretty please?

That’s a category I wouldn’t mind seeing return, too. Inspy has changed so much in the past few years, and there’s a lot of good stuff there now that you didn’t previously see in that market.