He’s the Ugly Duckling: A Guest Post and a Givewaway from Kathryn Lively

It’s somewhat serendipitous that my romance with Totally Bound, Finish What You Started, has come out around the same time as the print version of Harry Potter and the Cursed Child. My story, while neither a fantasy nor the final installment of a bestselling franchise, has fandoms like Harry Potter to thank. When we first meet Dash and Gabby, two actors who grew up on TV, they’ve wrapped up a series created to capitalize on the fantasy fandom boom…one about a school quite similar to Hogwarts. After a Vegas elopement, they celebrate their love and independence with plans to build on their respective careers.

Now, this is all in the first chapter, so naturally it doesn’t happen right away. There wouldn’t be a story if they didn’t have obstacles to overcome.

For Dash Gregory, though, a lost love isn’t the only problem in his life. Often we hear stories about the hard times certain former child performers have faced. For every Jodie Foster and Ron Howard who managed to successfully transition to stardom as an adult, there are many others who either leave the business, meet tragic endings, or else move forward in small roles and/or become “whatever happened to” clickbait. Years after debuting a breakout character on a popular TV show, Dash can’t get arrested in Hollywood. All the people who can advance his career remember him too well as a geeky would-be wizard with a perpetually bent wand who never got the girl. How can such an image translate to leading man material?

As a reader of romance, I enjoy a variety of themes – reunited lovers and second chances, settings in the entertainment industry, ugly duckling heroines. In writing my first romance for Totally Bound, I found inspiration in recent trends with female showrunners and directors gaining visibility. In Gabby, I wanted a showbiz veteran with a vision to control her own projects, and in Dash I wanted somebody with an “ugly duckling” persona determined to rise above his past. While Dash may not be a geek in his real life, he’s perceived as such by his fans and producers. He’s the Urkel of his old TV show, a huge ratings draw but a large shadow to move aside. Nonetheless, all he wants is the opportunity to prove his talents have a wide range and that he’s capable of playing a loveable geek and the ruthless Grim Reaper biker Gabby is casting for her show.

A number of ugly duckling romances I’ve read have been historically set or featured in movies like Sabrina. For Finish What You Started I wanted give the trope a twist with the hero working to change his image to get what he wants. I’m certainly not the first to do this—see Olivia Goldsmith’s Bad Boy for another take—and I hope I see more romance where the down on his luck hero breaks stereotype after an impressive transformation. Here’s hope you enjoy their journey, too. 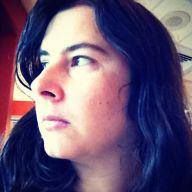 Ms. Lively is giving away a $10 giftcard to Amazon or iBooks to one lucky reader. Make a comment below to be enter in this drawing.

Finish What You Started may be purchased at Amazon, iBooks, B&N, and Kobo.

Kathryn Lively is an award-winning writer and editor, avid Whovian, and Rush (the band) fan. She loves chocolate and British crisps and is still searching for a good US dealer of Japanese Kit Kat bars.

Kathryn is a regular contributor to the Sexy To Go authors group and enjoys the outdoors, when she’s able to get out.

In this business, it gets hot under the spotlight…

Once a teen idol, Gabby Randall now spends her time behind the camera. With her show Danse Macabre scripted and a greenlit for a popular streaming site, she has everything she wants…except her star. Deadlines are looming and she’s desperate to cast the role of a modern-day, motorcycle-riding Grim Reaper. She never thought she’d end up hiring her former co-star, TV’s most beloved geek…and her ex-husband.

Until the day he dies, people will remember Dash Gregory as Freddie ‘Grody’ Grodin, the token geek friend of the cool kids at Wondermancer High. After years of casting agents overlooking him for plum roles, Dash wants to show Hollywood he’s more than a one-note player. He’s ready to break the vicious typecasting cycle, and he’s set his sights on the lead role in a sexy new series too hot for network TV.

When the director yells “Cut!” the star wants to keep up the action behind the scenes. Are Dash and Gabby willing to make ratings history again?

Just wanted to say that there are so many tropes I love in this book: ugly duckling, movie industry, nerdy/geeky heroes (even if just implied). Can’t wait to read it!

I love the twist in this story! And the cover looks amazing!

This description makes me want to grab this book automatically!!!

This book has me hooked from the description alone!

This plot made me think of how child stars like Alfonso Ribeiro and Jaleel White proved they were not their former characters by doing so well on Dancing with the Stars. That isn’t the same as a breakout role in a TV series or movie, but it was a chance for us to see beyond our memories of these kids, and I always cheer when these kids succeed as adults.

I love the idea of this twist on the ugly duckling story! (and I’m picking up Olivia Goldsmith’s take as well.) ps. “Bent wand”? Tee hee!

Thanks for having me at AAR!

Interesting twists on themes – and having them elope and then break apart and start their real story.

I like the idea of the male being the ugly duckling, working to change an image. Interesting recast of a well-known story. Thanks for the post and giveaway.