Thanks for having me today, AAR! Let’s talk about food. I’m always thinking about it. When my wife, Zoe Archer (AKA Eva Leigh), and I are having breakfast, we’re planning lunch. Lunch leads to dinner. After all that planning, I love the process of cooking. It’s no surprise that I made Hayley, the heroine of my first romantic suspense, Countdown to Zero Hour, a chef. Her connection to food is part of her strength. It also gets her in trouble when a Russian mob boss tastes her cooking and uses his bodyguard, Art, to “hire” her to cater a meeting of the top men in the organization. What she doesn’t know is that Art is a member of a secret group of former special ops force soldiers who have gone underground to protect the innocent. Art makes her safety a priority in the mission, and the two of them find themselves growing closer while surrounded by imminent danger.

I’ve never cooked under such perilous conditions, but I do want to get it right when I’m in the kitchen. My cooking and writing processes are very similar. First comes inspiration. With the books, it can arrive with a title, a venue, or a snippet of how two people interact. Cooking inspiration starts with an ingredient, a general flavor, or a desire for an interesting combination of foods.

After inspiration comes plotting. I like to have a plan when I’m writing so I know how to thread the story together and build toward events and character transitions. Plotting in the kitchen begins with the recipe. If I’m trying something new, I’ll read up on how it’s done so I don’t get lost in the process.

Once the plot is in place, I outline. For the books, it can be as detailed as scene to scene beats, or a loose structure punctuated with dialogue or character traits. In cooking, the ingredients are the plot. They all get chopped and prepped and arranged in bowls, ready for the heat.

Here’s where the creative process really flows. All the plotting and planning and prep is good, but once the words start hitting the page, or the ingredients land in the hot oil, things can change fast. Sometimes a character will do something I don’t expect, or they won’t be ready for an emotional transition I’d planned. I have to adapt the story to fit the organic movement. Same at the stove. If an ingredient isn’t behaving, instead of scrapping everything, it’s time to get creative. Pantry additions sometimes help. Other times, a whole new direction is needed. More than once, I’ve announced fromt the stove, “It’s going to be a pasta sauce.”

Altering a book’s course isn’t as easy as that, but some fixes can be dramatic. In fact, an early concept of Countdown to Zero Hour took place in Russia rather than North America, as it is now. A change in venue became necessary to shore up some pacing and plot issues. The recipe was altered but the core of the inspiration remained. Hopefully you won’t even notice the change in the final book I served up.

So how do you cook? By the book, or winging it right up until the dinner bell? 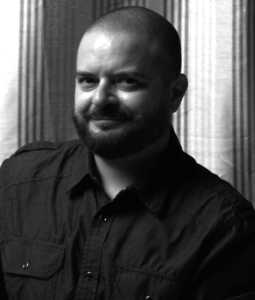 Nico Rosso was a writer in search of a genre until his wife, Zoe Archer (AKA Eva Leigh) brought romance into his life in more ways than one. He’s created sci-fi and post-apocalyptic romance worlds, as well as working with his wife on the steampunk Ether Chronicles series. His paranormal Demon Rock series brought you satyr rock stars and the Muses who feed them. With the romantic suspense Black Ops: Automatik series, he takes you into the deep dark world of secret operations designed to protect the innocent.
When he isn’t writing, Nico works in the shop creating furniture and hammering on other projects for the house he shares with Zoe and their two cats in the central coast area of California. His latest book is One Minute to Midnight.
By Dabney Grinnan|2017-06-23T08:30:07-04:00August 20th, 2016|Categories: Authors, Guest Posts|2 Comments

Thanks for coming by, LeeB! Sometimes the best meals come from winging it, right? In fact, last night I had to scrap a plan because of unrisen bread, and made pizzas from scratch instead. Some of the satisfaction comes from beating the odds and creating something edible when there was little hope.

Wow, now that is an original plot device! My “cooking” as such is done by winging it. LOL!