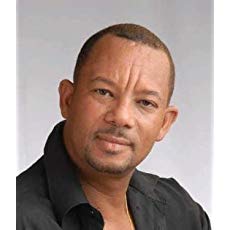 For me, 2018 was going to be an exciting year. Back in 2016, I pitched an idea to a few of my author friends. The concept was not original. Harlequin had done in years ago. However, my perfect series would be slightly different. While each story would be set in a  decade of the 20th century, plus the first two decades of 21 century, the main characters would be black, and the stories would focus on the black experience during that decade. The idea was a simple one but pulling everything together was not an easy task. While each author was responsible for his or her story, the cover art, the marketing and other business decisions had to be decided on. What had I got myself into? How on earth was I going to get it all done, write my book, and still survive my day job? Thanks to the phenomenal Patricia Sargeant and Suzette Harrison, the tasks were made simple. Patricia took on the responsible for the yearlong promotion while Suzette took on the responsibility of coordinating the lovely cover done by Jan Espanola all the way in the Philippians.

I was excited beyond words. I’d write my book and see my dream project come true. But then reality interrupted my life. In February, I had a stroke. To say, I was devastated would be an understatement. I couldn’t write. I couldn’t express my thoughts coherently. I thought my book, Promise Me a Dream, was a thing of the past. I was depressed, for a brief moment. I picked myself up and determined that I would do all the right things to facilitate healing.

On 30th April 2018, almost three months after the stroke, I returned to work to assist with readjusting to my daily routine. I didn’t have a lot of teaching to do since exams had begun at school, so it was a good time to practise my communication and motor skills. Most of all, I needed to work on my confidence. The stroke had done that to me. Taken the strong man I am, made me vulnerable and made me question my abilities. Even after three months and the return to work, using the computer and writing was a task, but each day it improves. Promise Me a Dream could not be on sale for 1st July as promised but it’s soon done and should be out before the end of July.

I don’t see this story as a sad one. To me, it’s a story of second chances and the need to recognize that we can be vulnerable and that we should never give up on our dreams.

For years, romance has been existed in the shadows of other genres. We are ridiculed by the industry despite significant sale figures. Romance with black protagonists is even further down the hierarchy. Is there ever going to be change? To be honest, I don’t really know. The change is happening so slowly it’s hard to see it. We are part of an industry which doesn’t totally respect us. In 2018, we are still segregated into an African-American category, and very few people who are not black read our books. But the reality is that we can’t give up. We have to continue to fight for respect. If I had given up during my recovery, I’d still be far from where I am now. Never, never give up on your dreams.

Promise Me a Dream is, literally, the book of my dreams. It’s a great romance, but it explores the black experience at a crucial time in our journey. The 1960s immediately brings images of our struggle. Ironically, almost sixty years later, the struggle for equality still continues.

Promise Me a Dream is the 6th Book in the Decades: A Journey of African-American Romance series.

Chandra Williams’s dream of becoming an actress carries her from her home on Barbados to the bright lights of Broadway. But it’s the 1960s, and her goal of gracing the stage is obstructed by the limited opportunities for black actresses. Driven to help end discrimination and inequality, Chandra joins the Civil Rights movement.

Joel Donovan doesn’t understand the need for the Civil Rights movement. His life of privilege has sheltered him from the struggles of the black community. However, he’s intrigued by the courage and commitment of the beautiful immigrant from Barbados. Their attraction is immediate and powerful, and Joel is persuaded to join the movement.

When their efforts result in Joel’s freedom being challenged, Chandra gives him her unwavering support, but can their growing love survive the racial tensions and conflicts of the times?

Wayne Jordan is a high school teacher and lives on the island of Barbados. He is a romance writer who has written for Harlequin Kimani Arabesque and Romance. AAR has been featuring the books from the Decades series.

Lindsay, I loved your story. It was a great beginning for the series.

I can’t wait to read your story, Wayne. Sending you healing vibrations from here. Please continue to take it easy and allow your body to heal.

Thank you for sharing your story Wayne – I hope things get easier for you day by day as your healing continues. You’ve brought a wonderful series to fruition!

Hi, Wayne! I’m so excited about the Decades: A Journey of African American Romance. Thank you for never giving up on this dream. I’m praying for your complete and speedy recovery. Continue to take care of you. Best always!

I love reading g your story, Wayne. It is so inspirational. No pity here, Sir. Stay strong, trials come to make us strong. TAKE YOUR MEDS, Keep writing and I look forward to reading PROMISE ME A DREAM. No stress. One day at a time.

Me too! I love the whole concept behind this series. Thank you for championing it!