In one of our recent AAR Loves… posts, (AAR Loves… Seasoned Romances) we talked about romances we loved that featured ‘more mature’ protagonists, and especially heroines who were over forty.  One author of such novels who’s recently appeared on our radar is Sandra Antonelli, author of the terrific In Service series, which features a forty-something spy and the fifty-something (female) butler who loves him.  At a time when romance is looking to become more diverse and inclusive, it can seem as though the one group not benefitting from that drive is the over forties.  AAR invited Sandra to drop by and tell us why she’s so passionate about Seasoned Romance. 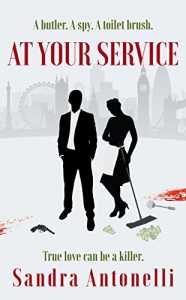 Hi, I’m Sandra. I’m here to tell you, in case you haven’t realised, that despite what you see – or don’t see – portrayed in film and fiction, middle-age and beyond does not spell the end to love or sex, or the need for love or sex or fun or adventure, which is why authors like Maggie Wells, Natasha Moore, Penny Watson and I write ‘Seasoned Romance.’

If you need a refresher, Seasoned Romance is Romance, that’s a central love story where couples (m/m, f/f, m/f) of a ‘certain age’ are front and centre, and by front and centre I mean as lead characters in a story that comes with all the hallmarks you love and expect in a romance, novel, right down to sexy times and the all-important Happily Ever After. Seasoned Romance is not Women’s Fiction, which may have an element of romance, but the romance is not what drives the plot. Seasoned Romance is driven by the romance. As for the ‘certain age’ part? Some of us writing Seasoned Romance suggest the line for ‘older’ starts at thirty-five. My academic research (trust me, I have a doctorate) indicates the ageist line is more heavily drawn for a heroine at forty, while, and this won’t come as a surprise, the line is far more age fluid for heroes, who get to be that ‘silver fox’ trope.

While I write seasoned couples, I am particularly interested in the way romance fiction has viewed women as protagonists. Hollywood and publishing have had a much-needed kick up the backside, one that has called out the overdue need for diversity and inclusion on screen and in fiction. There’s been a call for more stories featuring PoC as leads, more stories of people with disabilities, more stories showing a wider spectrum of cultures, of sexual orientation and gender identities, of people long overlooked as real, as whole. However, age is often left out of the discussion of diversity, even while there is an age bias evident in the romance fiction industry, where the standard has been for the heroines to be young, which means romance is conceptualised as a younger woman’s tale. What you don’t see affects what you do see, and we have been conditioned to accept only young women as heroines. We lack older female role models. The age of the heroine is problematic because, S-E-X, and as one editor said to me, “No one wants to read granny sex.”

Oh, but they do. I have proof that readers do want to read about older women doing the deed. The fact AAR has posted a feature on Seasoned Romance, has reviewed more than a handful of Seasoned Romance novels where there’s sex a-plenty, and invited me to write this post, is proof. Also, there’s all the academic proof I found back when I did my masters and doctorate work, the stuff that highlighted a waiting audience hungry for romance with older couples, with older heroines, the stuff that noted the ageist and sexist bias that exists in romance publishing, the kind of bias that had one editor tell me women over forty had too much baggage to be romantic, and another say forty-five was too old and no one wanted to read granny sex.

My latest novels At Your Service and Forever In Your Service feature a middle-aged female butler and the spy who loves her. It’s a romantic suspense cosy spy thriller mystery where the heroine has a few grey hairs and is five years older than the silver-foxy hero, but the age difference doesn’t make her a ‘cougar’ (and I would love to kick the jerk w

ho decided that an older woman having sex equates to being an ‘on-the-prowl’ stereotype). As you might expect with romantic suspense, there’s adventure, danger, bad guys, sex, true love and a happy ending. If you’re squicked out by a fifty-year-old woman falling in love and getting it on with a forty-six-year-old ‘silver fox’ spy hero, like in my series, or if you cringe at the thought of Penny Watson’s sixty and fifty-somethings Tom and Beverly in Apples Should Be Red getting it on, then I’m here to alter your perception of how you view ‘old.’ I’m here to point out that ‘old’ has a different meaning to the age of the beholder. I’m here remind you that how you think about yourself as you get older changes, like you do. It’s time to rethink what you perceive as ‘old’ and challenge and change depictions of romance, love, sex, and ageing in advertising, in films, television, fiction, all very powerful forces in shaping culture, that are utterly ageist—and tremendously sexist.

Ageism is detrimental to us all, especially if you are female. The depiction of older people as decrepit, pathetic, useless, as a crone, old coot, or geezer isn’t something that connects us with our future selves; it creates dread and denial of a natural process of life, it creates a multi-billion dollar industry that bombards us with reminders to fear and fight ageing, which in turn serves to devalue and dread our future selves. Culture creates content, and content creates culture. The books you read, the movies you watch, the advertising you see everywhere matters, it shapes our identities, colours our view of the world. Being able to envision your own future in a positive way is seldom shown the way it is in Seasoned Romance. As studies indicate, from childhood we are susceptible to the influence of entertainment’s content, and through the content we consume we have developed inaccurate views about age and ageing that persist throughout our lives. Without noticing, we have become comfortable with a society that subtly stigmatises ageing, treats it as a disease to be fought, and derides human beings—particularly women—for getting older.

In fact, we accept the roles older women are assigned to, you know, granny, harpy, cougar, cat lady, menopausal loon, as accurate, often without realising because, as Naomi MacDougall Jones says about Hollywood’s ageist and sexist presentations, “That’s just the way it is.” I’ll go further to say that if you always do what you’ve always done you’ll only get what you’ve always got.

There has been a good deal of discussion about how gender is depicted in advertising, and how diversity is represented, but there is, as Cindy Gallop notes, “little nuance in the way age is portrayed.” Too often, older people are reduced to ridiculously comical parodies and caricatures, especially women. Age is often overlooked as an issue of diversity, but in the discussion about diversity and inclusion, ageism and sexism matter. And it’s time to change ‘what always we’ve always got’, with Seasoned Romance. Stereotypes like cougar serve as a shorthand, a convenient way to contextualise accomplishments and standardise expectations, but the shorthand is reductive, usually faulty, and often comes with fixed meanings that people assign to it, which causes us to reduce people to labels such as cougar.

Age is a characteristic, not an attribute that defines a person or a story. Again, the images you see, the books you read shape our identity and older people, older women are not tokens, comic foils, secondary characters, or stereotypes. Men have had the advantage of being silver foxes, but now, with Seasoned Romance, women of a certain age are finally being positioned as protagonists who challenge ageism, rather than act as a stereotype or joke. We are beginning to see older women as intelligent, interesting, confident, powerful, sensual, sexual, whole human beings who just happen to be older, like Natasha Moore’s sexy forty-something Anita looking for a summer fling in The July Guy.

Isn’t this what we want in our lives, in our romance, to see ourselves represented diversely, across a spectrum of roles that aren’t limited to mother, grandmother, cougar, crone, or secondary character? Shouldn’t we want to see ourselves as a national champion basketball coach like Kate in Maggie Wells’ Love Game? A few publishing houses are, like Hollywood, are starting to take notice that older women aren’t invisible, that older women have spending power (and isn’t the bottom line always about money?), and these publishers, like so many indie publishers already have, are catering to this long-overlooked audience of readers, of consumers of romance fiction, giving us a new, and more realistic outlook that isn’t full of dread or denial or not as some fear-mongering, old Hollywood version, advertising campaign-stereotype. Seasoned Romance gives us the ‘older role models we’ve been missing.

At heart, Seasoned Romance gives readers, especially younger women, a way to envision their own future in a positive way, with love and SEX, as intelligent, interesting, confident, powerful, sensual, sexual, whole human beings who just happen to be older. Seasoned Romance is creating the content, the culture, the future. Perhaps one day we’ll be able to drop the “Seasoned” part and just call it what it is: Romance.

If you’ve never read a Seasoned Romance, and you’re a little wary, here’s where I challenge you, again, to rethink what you perceive as ‘old’ or ‘too old’ for the depictions of women, romance, love, sex, and aging. A good place to start is with Nora Roberts’ Black Rose (yes, Nora wrote a Seasoned Romance) or Jennifer Crusie’s Fast Women, Victoria Dahl’s Fanning the Flames, Karen Booth’s Bring Me B

ack, Natasha Moore’s July Guy, Maggie Wells’ Love Game, Penny Watson’s Apples Should Be Red, or perhaps… something by me. 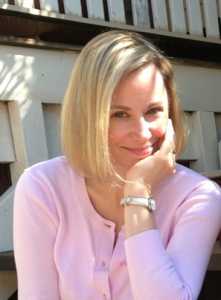 Reader, writer, movie-lover, coffee drinker, Dr. Sandra Antonelli is passionate about the portrayals of older women in the media and fiction. Her masters and doctoral work focused on the viability of mature aged-women as protagonists in romance fiction. Her research includes creative writing, popular culture representations of older women in the media, representations of age, and age marginalization in fiction publishing. The author of contemporary romantic comedies and rom com mysteries A Basic Renovation, For Your Eyes Only, Driving in Neutral, Next to You, and the In Service series At Your Service, Forever in Your Service, and Your Sterling Service. Her novels position women over forty as the leads. She is currently writing the True to Your Service the final book of the In Service cosy-romantic-suspense spy-thriller-mystery series featuring a middle-aged female butler and the spy who loves her.