Serena Bell talks about her new book, women in sports, and making passes

Thank you, All About Romance, for the chance to guest blog on the release day for Getting Inside. It’s always so much fun to talk about a new book when readers are getting their hands on it for the first time.

Iona’s not the first woman to coach a men’s football team—and she knows she won’t be the last. But she’s a pretty rare thing in romance! So what made me decide to write about a woman who not only coaches football, but also loves to play it?

Of course, I was inspired by women like Jen Welter (the NFL’s first female coaching intern) and Kathryn Smith (its first full-time permanent female coach), but the truth is, I wrote Iona for a reason much closer to home: my own thirteen year old daughter. My daughter fell head over heels in love with basketball when she was nine years old, and since then, she hasn’t missed a chance to lace up her Hyperdunks and hit the court. As someone who didn’t play a team sport till college and often felt over her head in PE class, I was in awe of her coordination, spirit, and determination.

So when she decided she wanted to play fall short court three-on-three in sixth grade, I signed her right up.

Only we failed to read the small print. It was boys’ fall short court three-on-three.

But she wanted to play, because there was no girls’ three-on-three, which meant this was her only option. She was nervous, but she showed up. She hung in.

Gradually, she showed the boys that it paid to pass to her. She demonstrated to the coaches that they needed to take her seriously—she even won over one dad who gave her personalized coaching, which took her game to the next level.

And since then, if there’s a chance to play, she’ll take it, even if she’s the only girl on the court.

What I love is that it’s no big deal to her now. And she’s no longer a big deal to the boys and the boys’ coaches. Which means she’s changed her world in a good way, by doing the thing she loves most.

So in her honor, I wrote a heroine who was just like that. Iona is doing what she loves most—and she’s not going to let any force—however irresistible—get in her way.

Or—that’s the plan, at least.

Here’s a little taste, from when the scene where Iona first meets Ty.

“I’m going to switch some things up,” I say.

Ty Williams shoots me a look that should kill. Instead it does something not quite kosher to my girl parts.

“I’m starting Diaz instead of Ohalu at middle linebacker.”

“No #$%^ing way,” Williams says. Coach Thrayne makes a hissing sound, but Williams ignores him. “You can’t do that. His contract—”

Thrayne cuts him off. “No requirement in the contract that he start.”

I shake my head. I’ve been watching film, and film doesn’t lie. “Ohalu doesn’t look like a leader out there. And you guys don’t have a pass rush.”

A muscle tightens in Williams’s chiseled jaw. “It’s because Dave Brogan made him jumpy.”

“Film says it started before Brogan.”

He’s glaring at me defiantly. A look that scares the @#$% out of quarterbacks and running backs.

A look that’s probably told quite a few women they’re in over their heads.

But not me. I’m not afraid of Ty Williams or his ginormous shoulders or his big, bad glare. 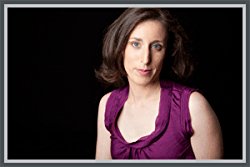 USA Today bestselling author and RT Reviewers’ Choice Award nominee Serena Bell writes richly emotional stories about big-hearted characters with real troubles and the people who are strong and generous enough to love them. A former journalist, Serena has always believed that everyone has an amazing story to tell if you listen carefully, and she adores hiding in her tiny garret office, mainlining chocolate and bringing to life the tales in her head. When not writing, Serena loves to spend time with her college-sweetheart husband and two hilarious kiddos—all of whom are incredibly tolerant not just of Serena’s imaginary friends but also her enormous collection of constantly changing and passionately embraced hobbies, ranging from needlepoint to paddle boarding to meditation.

Love your non-sports romances, Serena. Good luck with this new direction. My favorite sports romance is See Jane Score by Rachel Gibson, along with others in that hockey series. For soccer, check out For the Win, by Sara Rider, the first in a series featuring pro soccer teams in the Pacific Northwest.

I too love Rachel Gibson’s Chinooks series. It and the Chicago Stars series are the cream of the crop in my sports reading thus far.

I really loved this post!
I wanted to add Jamie Wesley’s The Deal With Love to this list of awesome sports romances. I don’t know anything about basketball, but I really enjoyed it. The book features a character who is the first female general manager of an NBA team.

Just bought this one and will hopefully dig into it soon. Thanks for the story, Serena!

As for recs, I second all the ones Maria mentioned and add Catherine Gayle for hockey and Katie Rose for baseball. I adore sports romances – keep ’em coming!! I was raised in a sports house and have avidly followed various teams for the span of my life. I wish there were a few more romances about soccer, as that’s my current favorite to watch as it has my only team who is actually winning things (Liverpool!), and I’m still jonesing for one where someone tackles Gaelic hurling.

Kristen, I second wanting more sports romances with soccer!! (I’m a Man Utd fan myself.) I just finished Kulti by Mariana Zapata. I had some major issues with it, but I did like that the female protagonist was a professional soccer player.

Have you read The Striker’s Chance by Rebecca Crowley? It’s been out for a few years and is a complete standalone (not part of a series) but I remember liking it and the soccer stuff is mostly accurate.

I have not! I’m also from NC originally so this book may be interesting….

I live in NC and when I read that book I thought, wow, a sports book set in NC NOT about NASCAR!

I notice Sara did not pimp her own, excellent soccer romance, so pick up For the Win if you haven’t, Amanda. (My review is here: https://allaboutromance.com/book-review/for-the-win/)

Great post! I really love when female characters in sports romances are either athletes/staff or just big fans. Not that there’s anything wrong with women who don’t like sports, but the ones who DO love sports face so much sexism.

Thank you, Maria!! And great list! *adds to already-scary TBR…*

What a wonderful story Serena! Good for you and your daughter for not just accepting the status quo – that drive and determination is definitely going to help her in the long run. And great job with Getting Inside, happy release day! I do watch a fair amount of football (my husband is both a Minnesota Vikings fan and a Canadian Football League Winnipeg Blue Bomber fan so the TV is on football a lot) and hockey (Winnipeg Jets! Go Jets Go!) and I love reading what goes on behind the scenes that you don’t see on the television. I like to read all kinds of sports romances, including hockey (Sarina Bowen; Elle Kennedy; Melanie Ting; Kelly Jamieson; Cindi Madsen; Lynda Aicher;) football (Jen Frederick; Laura Trentham; and now you!), rugby (Kat Latham; Amy Andrews; Penny Reid & L.H.Cosway), and baseball (Melanie Scott, Jennifer Bernard, Kate Stewart).