The SA in NA

A few months ago, I wrote a tongue-in-cheek guide to writing a successful New Adult novel. I wrote this piece after reading yet another book that seemed to follow such a formula as to be suspect, that this Mad Libs method of simply filling in the blanks with different names, locations and minor details had gone beyond the realm of coincidence. While my blog post was meant in fun, I do believe that there is a definite pattern that far too many NA books follow. But if readers are snatching them up in record numbers, who am I to argue with the maxim, if it ain’t broke, don’t fix it?

One thing that I find to be far more sinister, however, is the inclusion in so many NA stories of some form of sexual assault against the female protagonist. Far too many heroines have suffered abuse in their past or are subject to horrific acquaintance rape (not that there is any other kind!) or just barely manage to escape some form of sexual assault within the framework of the story.

I want to acknowledge up front that sexual assault is a real problem that college-age women face, and while awareness of acquaintance rape has gone up in the decades since I was that age, the statistics are still depressingly bad. The Rape, Abuse and Incest National Network (RAINN) reports that women between the ages of 16 and 19 are four times more likely to be the victim of actual or attempted sexual assault than the general population. And a study of undergraduate women revealed that 19% of them had been victims of attempted or successful sexual assault some time in their college years.*

So it does make sense that books featuring women in their college-aged years as well as aimed at readers in that same demographic would include sexual assault as one of the most horrific problems they face. Indeed, when I put my musings to my fellow AAR staffers for their insight, they wondered if perhaps NA’s frequent inclusion of sexual assault isn’t simply reflecting real life. Mary Skelton speculated, “

[M]aybe it is the heightened attention being paid to rape in the media (i.e., Steubenville case)?”

And Jean Wan brought up the very relevant point of how many people she knows personally who have been victims of sexual assault but remain underground (for lack of a better word) about their experience. Thus, NA titles that feature characters who have suffered the same fate can serve as a catalyst both to help in healing and to bring more awareness to the problem.

I would love to credit NA authors with the intention of providing a venue for increased dialogue about the problem of sexual assault. I applaud any effort that gives victims another way to gain control of their experience and find what peace they can, while also allowing us as a society the opportunity to examine the whys of sexual assault so that we can do more to end it. To be sure, there are writers out there who do accomplish this, and they deserve due credit.

Sadly, I remain somewhat cynical because despite the statistics that prove that this is a dangerous time in life for young women, there seems to be a disproportionate amount of sexual assault survivors walking through the pages of New Adult books. Since I haven’t read all of the NA books out there, I can’t quote an accurate statistic. I can say that based on my personal reading experience and that shared by my fellow AAR staffers, I’d guess somewhere between 50% to 75% of NA books contain sexual assault in some form or another.

My fear is that sexual assault is being used as a writing crutch of sorts, a short-hand way for an author to accomplish one or multiple goals which have nothing to do with the issue of sexual assault at all. Rather, the assault is used as a way to establish or demonstrate character traits and then left on the wayside as the story progresses.

Sometimes it’s a case of the heroine having been sexually abused as a child or teen, thus leaving her damaged emotionally. She’s angsty and tortured and abrasive, all for good reason. It’s only after the hero arrives that she’s able to come to terms with her painful past and learn how to trust men again. His willingness to “take things slow” in light of her situation is used to demonstrate his good qualities and the depth of feelings he has for her.

Or it may be that the sexual assault takes the form of unwanted advances by an aggressive male, his attack stopped only when the hero arrives on the scene to physically put an end to it. This is meant to demonstrate not only the hero’s superior fighting prowess but his violent protectiveness and thus genuine feelings for the heroine.

Perhaps the most offensive form is when the heroine is portrayed as so desirable that no-one can resist her charms. The sexual assault is a result of some poor deluded guy’s inability to control himself in her presence, despite her assurances that she’s not interested. Since sexual assault is rarely about physical desire and more about violence and control, this is an especially abominable way to convince readers that the heroine is hot.

In the above cases, the affects the sexual assault has on the heroine are temporary at best or, at worst, completely nonexistent. Except in the case of past abuse, which has formed her current personality, the heroine rarely suffers any of the very real problems associated with such victimization. When the hero arrives in time to avert the assault, there is a romanticizing of the event that I find almost irresponsible. Being the victim of sexual assault is NEVER romantic, from any angle.

I have to wonder if readers’ acceptance of sexual assault in NA isn’t a commentary on society’s expectations of modern women. After all, books wouldn’t contain this trope at such high volume if it didn’t resonate on some level for some reason. Indeed, it could be as AAR Mary and AAR Jean suggested, that readers simply want to read about the problems they face. But I think there might be something deeper there, if you’ll bear with me.

Back in the old days of romance – the dreaded Era of the Bodice Ripper – heroines were too often the victims of forced seduction or outright rape. One of the explanations for this unorthodox approach to a couples’ physical romance was the belief that readers (read: women) would better be able to relate to a heroine who enjoyed sex against her will rather than because she’s embraced her own sexuality. Thankfully, those days are long gone. Female characters are allowed to enjoy sex for its own sake, and “forced seduction” is the dirty phrase we no longer need to speak.

Along with owning their own sexuality, today’s girls are taught to be strong and self-sufficient. Showing vulnerability is seen as something to avoid, especially in one’s career. And the idea of relying on a man for anything is disempowering, a message none of us wants to pass on to our daughters, especially those about to embark on their path to true independence. Witness the age of the kick-ass heroine: We are women, hear us roar.

Except, of course, in the case of sexual assault.

It seems that surviving sexual assault is the new way of giving young women an acceptable reason to show vulnerability. No one would accuse a sexual assault victim of being weak if she is exceptionally emotional or openly shows fear. Those reactions are completely normal, indeed expected.

So a heroine in a NA novel who has been sexually assaulted can be openly vulnerable, accept the help of a man, and be shy about sex without any fear of being seen as too girly or weak or any of the other negative connotations we’ve attached to being a female. The idea that enduring sexual assault must be the payment for those freedoms is beyond sad. Hopefully, we can find a different way to convey to our young women the message that showing vulnerability and needing a partner to support us as we navigate the ups and downs of life are perfectly acceptable aspects of being a modern, self-reliant human being.

Please don’t take away from this the idea that I think NA should avoid the topic of sexual assault. Indeed, I think there is a responsibility for writers to depict the problems that young women face in a realistic way. Given the fact that the effects of sexual assault are so severe and that only 20% of victims ever report the crime, we need to do a lot more to bring awareness to this problem and encourage victims to report it when it happens.

And there are NA titles that treat sexual assault with the seriousness and gravity which it deserves. E.K. Blair’s Fading is such a book, as is Tammara Webber’s Easy. It’s when sexual assault is used as a lazy writer’s tool or as just another element of the paint-by-numbers NA success formula that I take issue. In that case, we do a genuine disservice to those who have already survived sexual assault as well as to those we all hope will never become victims.

*Data found at the RAINN, US Bureau of Justice and CDC websites. 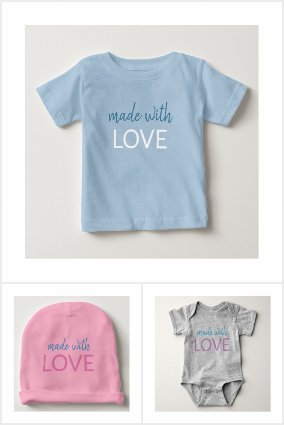