Jennifer McQuiston on Assassinations in History 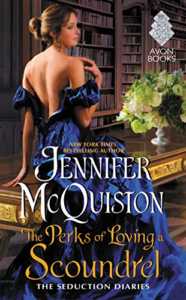 If bodyguards, Secret Service details, and metal detectors make you think it is far more dangerous for world leaders and celebrities today than it used to be, you simply aren’t looking at history hard enough.

In my new book, The Perks of Loving a Scoundrel (our review is here), the hero Geoffrey Westmore and the heroine Mary Channing overhear a nefarious assassination plot that threatens the highest levels of British Society. Unfortunately, when no one believes them, they are forced to track down the would-be killers on their own. There is a happily ever after waiting at the end of the story for them, of course, but was there a happily ever after for the target of the assassins?

Assassination is the pre-meditated murder of a prominent figure, usually for religious or political purposes. Offing world leaders as a means of advancing one’s political or religious agenda is nothing new. Nineteenth century Europe was a teeming cauldron of political unrest, and a hefty dose of politics-by-murder was doled out over the course of those hundred years. To name but a few notorious 19th century assassinations:

1801: If it wasn’t bad enough being the son of the infamous Catherine the Great, poor Paul I of Russia only held his throne for 5 years before being assassinated by conspirators. Although he arguably tried to end much of the corruption among the Russian nobility by championing greater rights for the peasantry, his views won him no friends at court. Taken in his own bedroom by the conspirators, he was struck with a sword, strangled, and stomped to death. I am guessing it wasn’t the peasants.

1812: Britain’s Prime Minister, Spencer Perceval, was shot in the chest while entering the lobby House of Commons by a man who was obsessively angry with the government. Perceval must have immediately known his wound was mortal, because his last words were, “Murder”, and “Oh my God.” The point here is that assassination attempts by lone wolfs and madmen are nothing new!

1820: Charles Ferdinand, the Duke of Berry, was the youngest son of the future King of France. He was stabbed while leaving the Paris Opera by a man who was a devout anti-royal and Bonapartist (someone who wished to restore the family of Napoleon Bonaparte to the throne). This, of course, is why I always avoid the opera. You just never know what’s going to happen.

1831: Ioannis Kapdistrias was one of the most distinguished and respected diplomats in Europe in the early 19th century. He was elected as the first President of Greece in 1827, and is widely credited as founding the modern Greek State. Alas, it isn’t always easy being President… when he imprisoned a member of the infamous Mavromichalis family, the family retaliated by ambushing Kapdistrias at church, stabbing him in the stomach and shooting him in the head. Ouch!

1848: Pellegrino Rossi was just your average unpopular Minister of Justice in the Papal State under Pope Pius IX when he was stabbed in the neck at the Italian Parliament. Lest you think it a sad affair, the crowds who gathered at the home of his widow later that night chanted, “Blessed is the hand that stabbed the Rossi.”

1862: Romanian Prime Minister Barbu Catergiu only lasted 4 months in the position. Unfortunately, he sided with the “old order” of Romanian feudal lords and their large estates, which proved unpopular with the commoners. Worse, he denied the common people the right to gather and protest. He was shot and killed while leaving a parliamentary meeting. The gunman was never apprehended, but my money is on one the commoners.

1882: Lord Frederick Charles Cavendish was a British politician with liberal views who was tight with Prime Minister William Gladstone. For his efforts he was appointed Chief Secretary of Ireland, but within hours of arriving in Dublin he was attacked from behind by knife-wielding Irish extremists. Ironically, it was later determined that he was not recognized as being someone of importance: he was only murdered because he was in the company of the group’s true target, Under-Secretary Thomas Burke. Talk about being in the wrong place at the wrong time!

Finally, if one could have a “favorite” assassination story, mine would be that of Elisabeth, Empress of Austria. 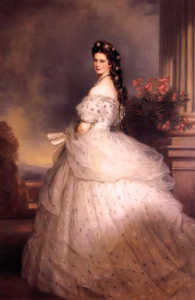 1898: The beautiful and glamorous Elisabeth (also known as Sisi), Empress of Austria, travelled widely in her later years, largely without her family. She was apparently obsessed with maintaining her youthful beauty, with obsessive exercise and what was likely a bona fide eating disorder. She practiced extreme tight-lacing and was purportedly sewn into leather corsets to keep her figure perfect. This corset (and her propensity to travel without protective family) would prove her undoing. While traveling “incognito” in Geneva in 1898, her identity was leaked by her hotel and she was stabbed by an Italian anarchist who was obsessed with killing a royal. He missed his first chance at a royal, so Sisi was simply his next convenient target. She was stabbed in the heart with a sharpened, 4 inch needle, but the compression of her tight corset caused a slow trickle of blood and prevented her from realizing what had happened until she later collapsed and died. It was a tragic end to a tragic life, and I can’t help but think THIS is why people should never wear corsets.

Finally, these are only a few of the SUCCESSFUL assassination attempts to plague 19th century Europe. Queen Victoria herself was famously the target of at least 7 attempted assassinations, thankfully none of which were successful. So, today, let us be grateful for Secret Service details and metal detectors. And when it seems like the world is a scary, brutal place, remember…

It’s been that way for a while.

And one should never leave a parliamentary meeting, go to church, or attend the opera unprepared. 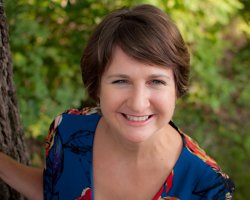 Jennifer McQuiston is a New York Times bestselling author who lives in Atlanta, Georgia with her husband and two daughters (who got a pony out of mom’s book deal!) A veterinarian and infectious disease researcher by training, Jennifer has always preferred reading romance to scientific textbooks. Her latest book is The Perks of Loving a Scoundrel.

I enjoyed this blog! Violent western civilization history produces a large number shocking incidents, and I think it is good to know that horrific violence pre-exists our modern time. I suppose one thing that makes our own moment unique is the easy public access to weapons of mass destruction, such as powerful rifles that can kill dozens in just seconds. These rifles that anyone can pick up at their local Walmart terrify me.

The musical Elisabeth about the Empress is fantastic. The narrator is the assassin Luccheni (a la Che in Evita) but the dramatic love story is between Elisabeth and the personification of Death. It’s been done in many languages (originally German; it’s also big in Japan) but unfortunately never English. You can find clips on YouTube. The best cast in my opinion was the Vienna Maya Hakvoort/ Mate Kameras.

This list reminds me of Sarah Vowell’s “Assassination Vacation” about Lincoln. So much intrigue and backstories in each of these, I’m sure. Thanks for sharing, Jennifer!

Wow, those are some interesting stories. Thanks for sharing Jennifer!