Heroines (and some of the heroes) of Dressed to Kiss are deeply involved in the world of Regency Fashion What member of high society in early 19th century England wasn’t? Our guiding light, Jane Austen, had a few interesting insights that we might apply to our characters.

Selina Fontaine – Never give up on a hat (or a duke).

I took the liberty a few days ago of asking your black velvet bonnet to lend me its cawl, which it very readily did, and by which I have been enabled to give a considerable improvement of dignity to cap, which was before too nidgetty to please me. I shall wear it on Thursday, but I hope you will not be offended with me for following your advice as to its ornaments only in part. I still venture to retain the narrow silver round it, put twice round without any bow, and instead of the black military feather shall put in the coquelicot one as being smarter, and besides coquelicot is to be all the fashion this winter. After the ball I shall probably make it entirely black. (Letter of December 18, 1798)

Selina is possibly the most elegant of the dressmakers at Madame Follette’s dressmaking shop and voted most likely to become a duchess, Doubtless, she would be certain to improve on a less-than-fashionable hat. We can rest assured that, whatever Selina does to this hat, it will be extremely chic and we’ll be sorry we don’t have one.

Randall, Duke of Barrowmore – Stick with it. There’s a prize at the end.

I hate describing such things, and I dare say you will be able to guess what it is like. I have got over the dreadful epocha of mantua-making much better than I expected. (Letter of January 8, 1799)

Selina’s beau is more interested in Selina than what she is wearing. But he does notice and is surprisingly tolerant.

Delyth Owen – Go for the fruit.

Flowers are very much worn, and fruit is still more the thing. Elizabeth has a bunch of strawberries, and I have seen grapes, cherries, plums, and apricots. There are likewise almonds and raisins, French plums, and tamarinds at the grocers’, but I have never seen any of them in hats. A plum or greengage would cost three shillings; cherries and grapes about five, I believe, but this is at some of the dearest shops. (Letter of May 17, 1799)

Delyth started her dress-making career in the theater and it shows. She cannot pass up a chance to embellish. She would be happy to take her bonnet to the greengrocers and indulge in any manner of extravagant decoration.

Simon is not at all certain about Delyth’s extravagance, but takes her on as a project. In the end, it appears that he may have been Delyth’s project.

I wore my aunt’s gown and handkerchief, and my hair was at least tidy, which was all my ambition. (Letter of November 20, 1800)

Katherine is a lady’s companion and not able indulge whatever desires she may have for fashionable attire. But she’ll make do.

Miss Langley is like any other short girl, with a broad nose and wide mouth, fashionable dress and exposed bosom. (Letter of May 12 1801)

Although Katherine’s true love, Henry, would like to see her in something flattering and fashionable, all fashionable ladies look alike to him.

Nevertheless, he will love Katherine no matter what she wears (or doesn’t wear).

My gown is to be trimmed everywhere with white ribbon plaited on somehow or other. She says it will look well. I am not sanguine. They trim with white very much. (Letter of September 15, 1813)

Felicity is concerned about the future of her shop. In order to make it successful again, she intends to lead fashion rather than follow it

Madame Follette’s will not be trimming everything with white, particularly if Felicity gives the job to Delyth.

Evan, Earl of Carmarthen – You could be wrong.

Dress is at all times a frivolous distinction, and excessive solicitude about it often destroys its own aim. (Northanger Abbey 1817)

Evan is more interested in tearing down Madame Follette’s building than examining what is inside, with the exception of Felicity Dawkins, in whom he is very interested.

Fortunately for Felicity, his disinterest in fashion does not extend to the creators of fashion.

Your abuse of our gowns amuses but does not discourage me; I shall take mine to be made up next week, and the more I look at it the better it pleases me. My cloak came on Tuesday, and, though I expected a good deal, the beauty of the lace astonished me. It is too handsome to be worn — almost too handsome to be looked at. The glass is all safely arrived also, and gives great satisfaction. The wine-glasses are much smaller than I expected, but I suppose it is the proper size. We find no fault with your manner of performing any of our commissions, but if you like to think yourself remiss in any of them, pray do. (Letter of November 1, 1800) 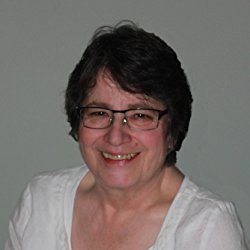 Myretta Robens has lived in Regency England since she was old enough to read Jane Austen. As no eligible peers presented themselves and she never could get vouchers for Almack’s, she was forced to make her way by going into trade. She spent more years than she cares to count working in the field of information technology. It was rewarding in its own way but she never abandoned her first love. In 1997, She found an interesting way to insinuate the 19th century into the world of technology when she joined a friend in creating a Jane Austen web site. She still manages The Republic of Pemberley and invites you to visit if your obsession runs to Jane Austen.

When Myretta is not in the Regency, she lives outside Boston with her giant Corgi and a clowder of geriatric cats. Her most recent work is the novella The Colors of Love which may be found in the anthology Dressed to Kiss.