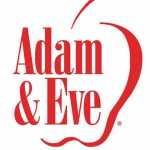 If you want to spice up your Valentine’s Day, you can’t go wrong with Adam and Eve. We’re running this column again because we love this company… and you!

In these divided times, there’s one thing we can all agree on:

But here’s the thing, as cool as sex toys are, making the world a better place is even cooler. And that’s what Adam and Eve started out for and that’s what they still do to this day. Here’s their story.

In the late 60s, a UNC grad student in Public Health named Phil Harvey traveled to India and, after traveling with a humanitarian NGO, decided that a lack of family planning created many of the third world’s problems. He and a doctor named Tim Black decided that they’d sell condoms (they initially thought their main market was college students) via mail and use the profits to fund a non-profit focused on global family-planning in developing nations. So, in 1970, they founded Adam and Eve.

Adam and Eve made enough money that, in 1970, the two established Population Services International (PSI), a nonprofit global health organization that focuses on improving the general and reproductive health of the world’s poorest populations. According to their website, their 2015 revenues were $652,776,127 million and the organization:

In 1989, Mr. Harvey founded another charitable organization with funds from Adam and Eve–DKT International which promotes family planning and HIV prevention in Africa, Latin America and Asia. DTK sells low cost contraceptives. According to Wikipedia, in 2016, DKT sold over 604 million condoms, 88 million cycles of oral contraceptives, 25 million injectable contraceptives, and 5 million IUDs for an average cost of less than 2.00 for two years’ worth of protection.

Both charities continue to receive millions of dollars from Adam and Eve, thanks in part to Mr. Harvey. More than 20% of the company’s profits go to charity.

And, if that’s not enough for you, Mr. Harvey, in the 80s, successfully sued the Justice Department—who really wanted to shut him down—for harassment and for violating his First Amendment Rights.

Here in North Carolina, Adam and Eve is known as an excellent place to work. They’re known for their support of LGBTQ rights and for their commitment to diversity. And they do know their stuff–I recently toured their headquarters with their head of PR. She and every employee I saw knew every product–and their warehouse is the size of a football field.

When Adam and Eve contacted me about writing a post about my favorite of their products, I was at first unsure that it was a fit for All About Romance. I’ve decided it is. I hope you agree.

I am putting together a blog about products I think are cool for later this week, but today, I just wanted to let our readers know the history behind the company.

Adam and Eve is giving AAR readers a special deal! Visit them online at AdamEve.com and use the code AAR to get 50% off 1 item and Free Shipping in the US and Canada.

I hope you find something that makes you smile.

Cool article and fun facts.
I didn’t know about the philanthropic efforts behind Adam and Eve.
The adult industry is definitely bringing couples together. We can all agree that technology is doing quite the opposite especially when we are within a foot of our phones 24/7/365.

Love everything about this blog post – I’m so surprised! I tend to purchase from San Francisco stores I’m more familiar with…but this coupon & this blog post sent me to A&E this Valentine’s Day!

HA HA! I WON’T TELL YOU WHAT I BOUGHT BUT IT WASN’T AN ACCIDENT & IT’S DEFINITELY NOT SOMETHING I WOULD GRAB IN AN EMERGENCY. :)

I’m a UNC alumna and although I knew of Adam and Eve, I never knew the deeper connections to charities. Really interesting.

Fascinating. I graduated from Duke in the 80s and am in that area a lot as I have family there. Never knew about Adam and Eve. We lived in third world countries for many years and feel strongly that birth control is the way out of poverty for many, many people. Thank you for posting.

Is there an expiration date on the coupon code?

Not that I’m aware of.

I’ve been buying products from Adam & Eve for years, from my very first toy in 2002. Even more glad for that now hearing about their charity work, of which I previously knew nothing. Looking forward to your future posts!

There are many great stories about them here. When they wanted to move their headquarters to Hillsborough–a small hamlet outside of Durham and Chapel Hill–the town tried desperately to stop them. Selling smut was going to RUIN the town. But, they got the permits and moved in. The very next year, they were picked by the Hillsborough Chamber as Hillsborough’s Best New Business.

Really interesting information about the company!

Those stats are awesome – good for them!