The Way Back on Wednesday: Alex Markov: Dreamboat or Douchebag?

In another of our occasional series in which we discuss the merits – or lack thereof – of fictional heroes and heroines, AAR staffers turn their attention to Alex Markov of Kiss an Angel by Susan Elizabeth Phillips.

Kiss An Angel taps into the classic “arranged marriage” trope. The two protagonists, Daisy and Alex, are blackmailed into marriage by a third party: Daisy’s dad. Daisy agrees in order to avert legal trouble and avoid prison. For Alex Markov, this was his year for paying off big debts, first with his deathbed promise to Owen Quest to take the circus out for its last season under the Quest name, and then by agreeing to marry Max’s daughter. In all these years Max had never asked anything of him as repayment for having saved Alex’s life, but when he’d finally gotten around to it, he’d asked for a doozy. END_OF_DOCUMENT_TOKEN_TO_BE_REPLACED

2018 has already started, but there is a whole year of great books ahead of us. I asked my fellow AAR staffers what books they are most looking forward to for the rest of the year and got back a big variety of books. However, several titles were mentioned over and over. Check out what our staff had to say about their most anticipated reads for 2018, and be sure to let us know in the comments if you’re looking forward to these as well, or if we missed something you can’t wait to get your hands on.

Links to bookstores for pre-ordering are given where currently available.

The Sins of Lord Lockwood by Meredith Duran (Feb 27)

I am an unabashed Meredith Duran fangirl and have loved everything of hers I’ve read.  Her writing […]

It’s time once again to look ahead to the books we’re looking forward to getting stuck into next month, and as the nights are drawing in, I’m sure we’re all looking for reads to help us curl up and forget the encroaching cold.  AAR staffers have chosen quite a diverse bunch of titles as those we’re most looking forward to in October – some big names and favourite authors (Jackie Ashenden, Karen Harper, Elizabeth Hoyt, Eloisa James) have new books out this month, and maybe our picks of some less familiar names might encourage you to give something new a try.

I admit, I’m not quite convinced by the set up for this that we glimpsed at the end of Duke of Pleasure, but what the hell – this is […]

It’s time to look ahead to see what books we’re most excited about reading in June. As usual, we’ve a wide variety of choices, although it seems there’s a bit of a consensus about our most looked-forward-to new releases, K.J. Charles’ An Unnatural Vice and Sarah MacLean’s The Day of the Duchess. What are YOU looking forward to reading next month?

As a big fan of both K.J. Charles and the Victorian Sensation Fiction which has inspired this series, I can’t wait to read this story of the battle of wits between a former-lawyer-turned-journalist and the man he suspects of being a sham spiritualist. The author’s ability to imbue her stories with a strong sense of time and space is superb, and I do love a good enemies-to-lovers romance. – Caz

I loved An Unseen Attraction (book one​ […]

When I heard that there was going to be a live-action version of Beauty and the Beast starring Emma Watson I was incredibly excited. Disney’s cartoon version was a childhood favorite of mine and, even though I was disappointed with the live-action take on Cinderella, I hoped that the the choice to keep the film a musical would help retain some of the original magic.

I saw Beauty and the Beast on opening weekend and I have to say, I loved it. Watson was perfectly cast as the modern Belle, who is just a beautiful as the original, but more strong-willed and inventive. Hearing new takes on the familiar songs brought out the child in me, but I also enjoyed some of the new numbers, particularly the Beast’s heart wrenching song “Evermore”.

Leaving the theater, my first thought (after wanting to download “Evermore” to listen to again) was that I wanted to read something Beauty and the Beast! There are so […] 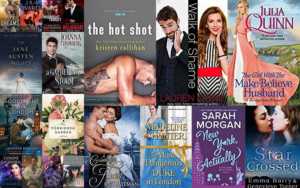 My reading year in 2016 was more of a blast to the past than most years, but that wasn’t for a lack of trying. Still, I read some 2016 books. I finally started reading Tamora Pierce’s Alanna series, and domestic thrillers. I also found that even the strangest dimensions can hide epic love stories. 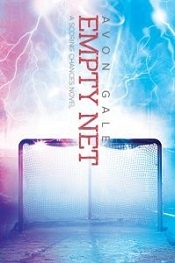 Guided by the reviews on AAR, I bought lots of historicals. But it was the contemporaries that won me over this time. Thanks to Emily Wittmann’s review of Empty Net by Avon Gale, I started reading my first hockey m/m romance Really, my first hockey romance, period. Then I realized I’d like it a lot more if I read the previous book in the series, so I went back and bought Power Play. I’ll have to get back to Empty Net later!

And if it hadn’t been for LinnieGayl’s review, I never […]

Like many other romance fans, I’d heard about the big Harlequin sale that started on November 10. Harlequin has been selling eBook editions for 10 years. They’re celebrating by having a big sale. Really big. 10,000 titles will be available for $1.99, until November 17. You can buy directly from Harlequin, or from other retailers — including Amazon and Barnes and Noble. To make it easier for you book addicts, Harlequin has a page where you can search for your favorite authors (and titles) to find out if those books are included. Hint: They probably are.

At first, I was reluctant to click any of the links. (“Books, Anne. Booooks,” they said.) I told myself that I still had Harlequin eBooks (and print books) to read. I shouldn’t be buying more. I used to buy eBooks from Harlequin’s site all the time, but that was back in my eBookwise days. […]

A Tale of Two Evanoviches

These days, the shelves are full of children (and sometimes nieces and nephews) of famous writers carrying on the torches for their famous parents. It’s not a new phenomenon, but it’s booming. Dick Francis’ son Felix started collaborating with his father on novels, and after his father died in 2010, Felix carried on — he is now listed as the sole author rather than the co-author on more recent books. Clive Cussler’s son Dirk Cussler is now the co-author on the more recent Dirk Pitt novels. Fans who avoid books with a “Dreaded Co-author” seem more likely to pick up books co-authored by a relative. My father is a big Clive Cussler fan, but he isn’t crazy with the series written with less well-known co-authors. However, he has no problem with the Dirk Pitt novels co-written by Dirk Cussler. I’m sure many other fans feel the same way […]

The romance community certainly has its kerfuffles, and some of it – such as the pointing of fingers at reviewers and calling them bullies – can get frustrating. Yet in the past few weeks, I’ve been grateful for romance. That’s because the science fiction and fantasy field has started to look really screwed up recently.

It all started when the SFWA Bulletin, the official publication of the Science Fiction and Fantasy Writers of America (SFWA), came out with a Red Sonja cover — complete with warrior woman in illogical armor and, of all things, high heels. (You can see it in this post. Who in their right mind would wear that armor in a snowy environment?) There were other problems as well, and when writers complained, they were shot down, accused of being fascists, “anonymous” complainers, and so forth. All this resulted in a rebuttal column that created […]