Miranda Neville, you will be missed 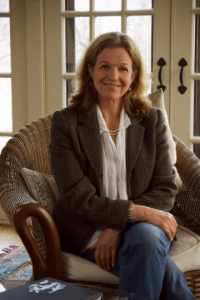 I was shocked last week to find out historical romance author Miranda Neville had passed away. I knew she had been sick because she’d been away from Twitter for a while and when she returned we discussed it briefly. But she re-engaged with Romancelandia on Twitter, and I assumed her health crisis was over. So her loss to our book world brought on a welter of sorrow.

I first met Miranda at the Romance Writers’ of America conference in 2010 just after her second book The Wild Marquis was released. We met at the bar – where else does one go to meet interesting people at the professional conference for romance writers? We hit it off right away and shared many laughs over the course of those drinks. Much to my disappointment, I never met her in person after that.

However, we stayed in regular touch over Twitter, and we became friends. It was such fun discussing books, music, food, art, and other sundry subjects with her. Her wit and acute observations made every interaction with her enjoyable. We especially discussed – and argued about – Georgette Heyer and what makes an interesting hero. She and I were in agreement that a working hero was attractive, even if he was a nobleman – none of those languishing nobility with more hair than wit for her!

Miranda’s books were especially enjoyable because she really knew her history well and meticulously researched what she didn’t know. She was one of those writers who pushed the envelope of historicals within the bounds of the traditional publishing houses. While The Wild Marquis is about a rare book collector and a rare bookshop owner will always have a soft spot in my heart, it is The Duke of Dark Desires of her Wild Quartet series that is my favorite.

The last book of hers I read was Secrets of a Soprano. She sent it to me for review for my blog knowing of my interest in classical music, and I enjoyed it thoroughly. Despite non-reception from the publishing industry, she went ahead and self-published her book, and I’m so glad she did; it was well-received.

Dear Miranda, I will miss your presence and our conversations sorely. You made Twitter fun and you brought us a great deal of entertainment through your books. I hope there are tons of great books wherever you are now.

Very sad news. I read some of the Twitter posts from her fellow authors and she sounded like a lovely person.

RIP and deepest condolences to her family.

So sad to read of her passing. I enjoyed her books throughout the years.

I’m so sorry to hear that she’s passed away! I’ve enjoyed many of her books and The Duke of Dark Desires is one of my faves as well. RIP Miranda.

She will be missed!