Rising to the Challenge! 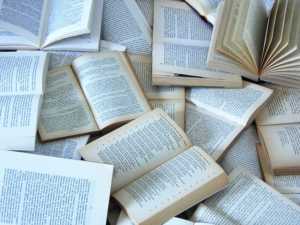 Back in 2008, a conversation on the Romance Potpourri Message Board revealed two things:  Many of us had massive to be read piles and most of us had no real motivation to pull books off of them.  In order to conquer those dual issues we created the Unofficial 9 in 2009 AAR Reading Challenge.  The goal was to read at least nine books on your TBR.  I did it, loved it (as did several others) and we have been doing the Reading Challenges ever since.

Here’s why the challenges are so great.  Reason one is that it has definitely helped expand my reading experiences.  I don’t know about the rest of you but I will often read a review on AAR, buy the book – and then let it languish in the TBR pile.  Because a part of the challenge is often to tackle new to you authors, it inspires me to tackle those books which were well reviewed at AAR written by authors unfamiliar to me.  I’ve found several DIK’s (and new authors to glom) thanks to that aspect of the challenge.

I also discovered a new sub genre thanks to the challenge: one notable year I wound up falling in love with Inspirational romance. Now about a third of what I read comes from that sub-genre.

Another reason I enjoy doing the challenges is the sheer fun of them. In 2010, we titled our challenge At the Movies and read books based on things like epic films, classic films or adventure films. In 2013 we did the Lean Mean Thirteen and had challenges based on the thirteen official Beatles albums, a challenge based on movies with the number thirteen in the title such as Oceans 13 and 13 Going on 30 and a challenge to read a book set in each of the first thirteen colonies of the United States.  2014 saw us doing the Back to School Challenge and tackling the Sonnet challenge (where we located books that matched the subjects or lines from one of Shakespeare’s sonnets) and the School Day challenge where we matched books to school subjects, such as a book about athletes matching the subject phys ed. For me, the creativity involved in hunting down a book that meets the challenge criteria when the option offered is so fun is part of the inspiration.  It turns cleaning out my TBR into a pleasure rather than a task.

Of course the main reason for doing them is to whittle down the TBR.  Mine is massive and I’ve reached a point where I’m not sure I will ever be able to rid myself of all those books. At least with the challenges I am making headway, however small that headway may be.

Since the boards aren’t active right now*, and since this has been such a fun thing to do for many, AAR has decided to continue the challenge as a monthly blog. Here is how it will work:

Thanks for participating and Happy Reading!

*(from Dabney) At this point, we are not sure if we will re-establish the message boards. That’s not a final decision but, until we can find a program that doesn’t drag down the site, we are living message boards free. It is our hope that we can move much of the discussions that took place on the message boards to the blogs.

I also want to do the magazine challenge that was posted on the board, so hopefully that one will get reposted here.

Maybe you could add a notation on the “Connections – Message Boards” page in addition to the boards being discontinued, that the 17 in 2017 Reading Challenge will be here on the blog. Or maybe there’s a way to “sticky” the challenge post(s) on the sidebar.

I’ve been checking the blog more often to see if anything was posted about the status of the boards, but I somehow missed this post until today. It’s just very easy to miss stuff with a blog format.

I feel like such an outlier because I have no TBR pile at all! The closest thing I have is the list of books on reserve at the library that won’t come in for months because other people are ahead of me. When they finally show up I forgot that I reserved them in the first place.

The Cocktail Challenge – This challenge uses famous drinks as our starting point. Read 17 books from any of the following categories:

Read 5 books from new to you authors.
Read 5 books from a new to you sub-genre or genres.
Read 5 debut romance novels.
Read 2 “first” books – first in a series, first by an author, first book in a publishing line, books published in the first year of a century or decade etc.

Staples of the Challenge

The Whittler – Whittle away at your TBR by reading any 17 books in the pile.

The Serie(ous) Challenge – Read any 17 books that are part of a series. Can be a mix such as the The Huxtable Quintet, The Simply Quartet, The Wallflower Series, and the Mistress Trilogy. Different authors, different sagas but they are all series books.

Option 1: The United States Challenge
Read a book set in each of the first 17 states in the Union or read 17 books set in 17 different states in the union (can be the first 17 or any of the 50 states). National Geographic breaks the U.S. into five different areas – read a total of 17 books where each of those areas is represented at least once. They are West, Southwest, Midwest, Southeast, and Northeast. Or read 17 books in the U.S. historical period during which the first seventeen states are set up. Or any combination thereof.

The Floral Challenge: Read 12 or 17 Books based on the language of flowers

1. Amaryllis- dramatic. Read a book with high drama, like an Epic romance or a Downton Abbey style romance.
2. Apple Blossom – promise. Read a reunion book where the promise of love is originally broken and then rediscovered.
3. Azalea- abundance. Read a book where the h/h are wealthy. Or a book with millionaire/billionaire/duke/tycoon in the title.
4. Baby’s Breath – festivity. Read a book that revolves around a party of some kind or where the h/h meet at a party. Alternately, read a book where the h/h have a child(ren) or where they are together because of a pregnancy.
5. Bird of Paradise – Read a romance with an exotic location.
6. Carnation – White carnations suggest pure love, read a “clean” or inspirational romance.
7. Chrysanthemum- A chrysanthemum is the symbol of the throne of Japan. Read a romance set in Japan or anywhere in Asia.
8. Crocus- foresight. Read a novel where one of the characters has “the sight” of some kind –dreams, visions, clairvoyance etc.
9. Daffodil -chivalry. Read a medieval romance.
10. Forget-Me-Not remember me forever – or don’t. Read a novel with an amnesia plot or conversely, where the h/h are childhood sweethearts and have been together forever. Or a reincarnation plot.
11. Larkspur – beautiful spirit. Read a novel with a ghost or spirits or where the h/h can talk to spirits (medium)
12. Lavender – distrust. Read a book with a big misunderstanding.
13. Lilac – first love. Read a book that is about a first love.
14. Magnolia- dignity. Read a book that involves a matter of honor or that has honor in the title. Alternately, in America we associate magnolias with the south. Read a book that takes place in the Southern U.S.
15. Nasturtium- patriotism. Read a book that takes place during a war.
16. Orchid- sympathy. Read a book revolving around a death, someone being ill or a will.
17. Passion flower passion. Read a “hot” romance.
18. Poinsettia – the Christmas flower. Read a Christmas or winter romance or a book with snow/winter scene on the cover.
19. Rhododendron beware. Read a romantic suspense or a book with “fear” or a variation of that theme in the title.
20. Rose yellow friendship. Read a friends to lovers romance.
21 Read a book with a flower in the title such as For the Roses, A Gift of Daisies etc.

The 17th Letter of the Alphabet is Q. Read 17 (or 12) Books that have something to do with the letter Q. Here is a list to get you started:

1. Quiz – read a book that involves games or competitions, such as a card playing hero or an h/h that make a wager or gambling in some way.
2. Quill – read a book about a writer or someone who makes their living through writing or words such as lawyers or advertising execs or politicians.
3. Quartet – Read a book with a strong secondary romance or where two couples fall in love. Or the fourth book in a series or a series made up of four books.
4. Quack – We often call a bad doctor a quack. Read a medical romance or a romance with a con artist.
5. Queen – Read a romance with royalty or the nobility.
6. Quickie – Read an erotic romance, or a romance that starts with a one night stand.
7. Quixotic – exceedingly idealistic; unrealistic and impractical. Read a romance a sci-fi/fantasy romance or a romance that has an unrealistic premise like a Duke marrying the governess.
8. Quality – Read an award winning romance.
9. Quintet – Read five books in a series or the fifth book in a series
10. Quirky – Read a book with a quirky hero or heroine, such as a Susan Elizabeth Phillips book.
11. Quilter – Read an Amish romance or a book about a heroine who is in fashion or sews. Or a book with quilt in the title.
12. Quiet – Read a book with a shy hero or heroine, or a loner. General idea: Read a book about someone who is alone or considered quiet (like a librarian) for some reason.
13. Quote – Read a book with a famous quote or song title/song lyrics in the title or a variation on a song lyric/song title (ie Earls Just Wanna Have Fun)
14. Quit – Read a book about a h/h who change in career or are forced to move.
15. Quest – Read a book that involves a quest or a search of some kind. Can be searching for a child or a criminal etc.
16. Qadi – a qadi is an Islamic judge. Read a book that involves a judge or a book about characters in or from the Middle East.
17. Quaint- which means attractively unusual or old fashioned. Read an older romance (more than a decade old.)

I thought we might title the challenge this year “Just 17, You know what I mean :-)” after the line in the popular Beatles song Saw Her Standing There.

Though I’m blown away by all the creative ideas!

Yep, that’s what I meant by putting my paltry efforts to shame – these are awesome :)

This is all good :) So some suggestions:

Titles/authors from the first 17 letters of the alphabet

17 books from as many different romance sub-genres as you can, with no more than 2 (or 3?) books taken from the same sub-genre

These are simple ideas – some of the posters at the old message boards had some fabulous ideas for themes, so here’s hoping some of them will show up and put my paltry efforts to shame…

I would be super interested in this. I get stuck in my comfort zone with books and I probably miss a lot of great stuff that just sits on my TBR pile otherwise.

Are we going with seventeen in 17?

I would LOVE to participate in any sort of challenge that clears my TBR pile! For all of the reasons you mentioned above, some books just keep falling farther and farther off my radar. I have lots of different genres languishing on my Kindle – perhaps a challenge that has readers selecting a number of books (9? 10?) each from a different genre? I’ve got PNR, HR, Fantasy, M/M, Contemporary….all just waiting for me to read.

I LOVE THIS IDEA.