Author Megan Walker muses on what makes a real-life hero. 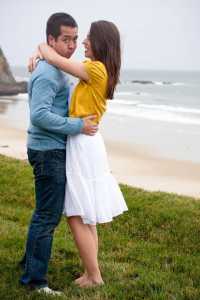 My husband and I recently celebrated our ninth anniversary of marriage, and as he and I reflected on our courtship and especially our early married days, including starting a family together, I’ve felt such gratitude and love for him. He is the flawed hero in our love story, and I’m the stubborn, willful heroine. END_OF_DOCUMENT_TOKEN_TO_BE_REPLACED

the ask@AAR: Who’s your favorite hero in romance?

The Art of Writing Believable Men

While I am in no way an expert on the male psyche, I do have brothers and I worked in a male dominated profession for over ten years so I have had plenty of exposure to their logic, conversation, and ways of interacting with each other. After reading a book with very authentic male dialogue, I then read a passage in another book, where a male character tells a friend that his wife is his life. Now don’t get me wrong, because honestly that is a lovely sentiment. But none of the men that I have been around would say that about their wife to me or any of their other friends in normal day to day conversation. That statement just seems like a crying in my beer, she left me country song.
END_OF_DOCUMENT_TOKEN_TO_BE_REPLACED

I’d be wary if one of my friends started dating a guy with a shady rep. Yeah, everyone deserves a second chance, but that doesn’t mean I want to test that myself, or have one of my friends be the ones to see if a jerk has reformed. At the same time, I love redemption stories. I think seeing a dark character get turned around by love is one of the best characterizations and plots an author can create (at least when it’s done right). This is why The Serpent Prince by Elizabeth Hoyt is one of my favorite novels: the quiet and non-violent Lucy wins over the dark and revenge-focused Simon. It’s a story that will always be at the top of my list, even if in real life I would probably have warned Lucy away from him.

The Face of a Hero

During my book club’s latest meeting, a friend who’d seen the play version of a novel most of us had read, showed around some leaflets of the production and asked whether the two actors who played the leads were in accordance with how we’d imagined them. This lead to a rather funny moment, because of the six women present, three instantly claimed they never visualize the main protagonists of any novel they read, whereas the other three said they visualized them without fail, and that watching a stage or movie production later with actors that didn’t fit with their expectations, could ruin the play or film for them.

I never ever fully visualize people in books. I do kind of register their attributes – what hair color, tall or tiny, a scar etc. – but I never give them a real face. As a result, while I am […]

Bad Boys – How Bad is too Bad?

So, apparently Chris Brown has a new album out.

The fact that he isn’t in jail somewhere is hard enough to reconcile, but that his career is still viable? I’m truly shocked. Worse yet, prior to his assaulting Rihanna, he was a “good boy” in the music industry and now it appears he’s being marketed as a “bad (but sexy and non-threatening) boy”.

END_OF_DOCUMENT_TOKEN_TO_BE_REPLACED

The Heavy Hero (or Heroine)

I’m nattering on about Drop Dead Diva and romance again. That show is my drug.

In this past Sunday’s episode, Jane goes on her first date with a fellow lawyer, Tony. He is really cute, as you can see from the picture of him here. This is your Fat Hero.

He shows up at home to pick up Jane for their date but Jane’s mother has dropped by and he decides to stay for a home-cooked meal. I heart Tony. When he leaves, Jane’s mother tells her that he’s a keeper, and describes him as a guy who likes (I paraphrase) “women like us”. ‘Women like us’ being plus-size characters, or, Your Heavy Heroine.

END_OF_DOCUMENT_TOKEN_TO_BE_REPLACED

The Beautiful Minds of Heroes

I remember the moment I fell in love for the first time.  He was tall and slim, with piercing grey eyes and a rather hawkish profile.  He was apt to get lost in his work at odd times, and was a selective polymath.  He was often more courteous to street sweepers than kings, and had, despite a fundamentally misogynistic attitude, a lovely gentleness with women when he chose to exercise it.  I was the ripe and discerning age of ten; he is timeless.  His name is Sherlock Holmes.

END_OF_DOCUMENT_TOKEN_TO_BE_REPLACED

Monday tends to be a serious day ’round these here parts and the only serious stuff I can think to write about would sure as crap result in Big Drama and, gee, I’m up to here with Big Drama.  And, heck, it’s Beach Week 2009 for many of you out there anyway (but, alas, not for me) so today I’m going to write seriously about my serious affection for Gene Simmons.

As in loving father and partner to the lovely Shannon Gene Simmons.  In short, as in unexpected romance hero Gene Simmons.