Overall, this was the most popular category. If the voters could find these covers taking up the whole of their bookstore’s romance aisles, they would be happy campers. These covers bring history and romance to life, and, if well done, are mini-travelogues into the days of olde. Two covers fought it out until the very end, almost neck and neck. They are first place winner, Bride To Be and second place finisher, The Lady’s Tutor.

Bride To Be was appreciated for its full-blown romantic quality while the The Lady’s Tutor was admired for its simple yet elegant sexuality. Some voters, though they admitted loving the cover for TLT, could not bring themselves to vote for such an overtly sexual image.

Here are some of the comments we received about Bride To Be: 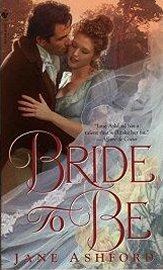 Robin Schone, author of The Lady’s Tutor, had this to say about the cover of her book: “I’d pick this one even if it wasn’t mine. There’s something sooo sensual about his hand on her breasts and his face coming down to kiss her neck. mmm….” 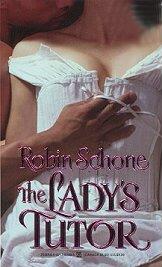 Zebra/Kensington;
John Ennis Here’s what some of our readers had to say about this cover:

From there, almost as if they couldn’t compare any other people to the above two couples, the voters pounced on the landscape of Ransom. There were many loved qualities they found in this cover: shades of white, haze, mystery, only the gates being distinct with the estate suggested in misty outline. Most voters who commented on this cover were outraged when the publisher made the paperback a full color, totally visible version of the same scene, losing every quality that the hardback cover captured.

Some of the comments we received about the hardcover issue of Ransom: 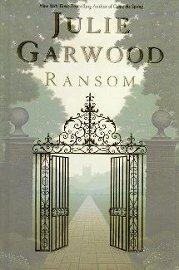 The Stargazer, a landscape mixed with indistinct people on a Venetian canal and with a very distinct frame, placed fourth. Both covers tried something different and both succeeded with the voters. 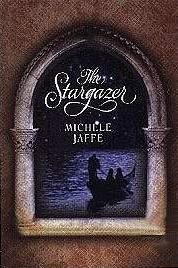 Pocket,
Lisa Litwack Among those comments we received about The Stargazer are these: 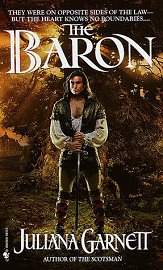 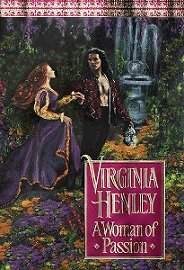 Delacorte,
Lynne Sanders
In fifth place, voters who want only the hero on the cover came down squarely for The Baron. By contrast, no voter expressed a desire for a heroine-only cover. From what we’ve gleened from voter responses, there is no select group of readers searching the romance aisle for great covers of heroines. And, while many readers know the names of male cover models, none of our readers mentioned any female model by name. This is not to say that covers of the heroine won’t sell; only that the women readers are not waiting and searching for them as they do for the covers with the hero.

Sixth place was back to a couple, on the cover of A Woman Of Passion. This cover placed first when going through committee but it fell a great deal in position with the voters. Lisa wrote us that it “had a fairy tale quality and colors that appealed to me.” And, Sarah’s comments were that it had “an older feel to it, like a DaVinci painting or older. I love its style!” And, Julia’s response should make any cover artist happy. She wrote, “This cover is one of the most beautiful I’ve ever seen. It made me pick up the book.” 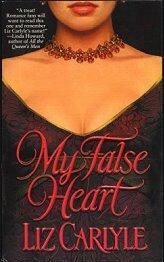 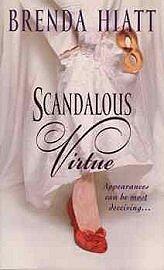 For seventh place, the artist, who is the same one who did our first place cover, moves in close again for a view of the woman only in My False Heart. Why did it place lower than our first place and second place covers? Well, the artist is pushing the boundaries again. Primarily, it’s a lot darker than romance covers usually are. I did not appreciate this cover myself until I saw it on the bookshelf and bought it at once. Boy, does that darkness coupled with the red and the skin tone stand out on the romance shelf! One voter even called this cover style more European than the others. She may be onto something.

In eighth place is Scandalous Virtue. Do not read that as bad because the voters’ comments on this cover indicate that the readers that liked it are very, very excited by it. Those who voted for it absolutely adored it and there are some artists numbered among them. For instance, artist Patricia found this cover to be “perfect titillation for the times. Perfect picture for the title.” Her comments are echoed by a reader who wrote, “I liked the way the red shoe (scandal) and white dress (virtue) imagery matched the title.

Don’t feel sorry for our artist in our ninth place cover either because he’s also in first, fifth, and seventh places, trying something different in every single one. This is The Maiden And The Unicorn and it is completely different from any other romance cover you’ve ever seen. The artist closes in on a portrait of the couple and puts the scenes from the story both in the background and above them separated by a blue title bar. It reminds me of a romantic movie poster. Is the artist trying something that when you see more of it, get accustomed to it, will become wildly popular or will viewers never get accustomed to it? I can’t answer that for you. Only time will tell. It did have its fans and they liked it for that difference.
size=4> 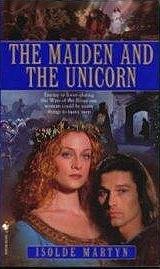 My vote is for the last one, The Maiden And The Unicorn. This was a tough category to vote in because they are all glorious. Why did I choose this one? Because I picked it up off the shelf and, without knowing another thing about it, absolutely nothing, included it with some other books I’d gone into Borders to buy. I was gratified to later read an “A” review of it but I didn’t know that at the time. The books I bought in this category right when they came out were Bride To Be, The Lady’s Tutor, My False Heart and The Maiden And The Unicorn. I’ve picked up Scandalous Virtue many times in the bookstore and, much as I love the cover, the storyline doesn’t appeal to me. Of course, I never even read the storyline in The Maiden And The Unicorn and that’s the difference for me.