Romancing it Royally – Some of our favourite Royal Romances 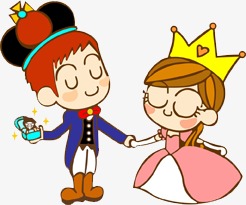 With the recent engagement of Prince Harry to Meghan Markle, royal romance is on our minds. Here are some of AAR’s favorite royal stories, real and fictional, for anybody else in the mood.

Caz: One of the things that made the books that make up Lilah Pace’s His Royal Secret/His Royal Favorite duology such great reads is that the author chose to set her story in a Britain I was able to easily recognise as the one in which I live while at the same time creating a very believable ‘alternate’ Royal Family. (There’s none of that carving off bits of Scotland and giving them names that sound like supermarket chains or making the Isle of Man into a separate country!) In Ms. Pace’s version of Britain, the House of Hanover still rules and Queen Victoria never was.

James, Prince of Wales is the only male heir to the throne.  He’s also gay and in the closet. His parents were killed in an accident some years ago, he has a younger sister who is troubled by mental illness, and the reigning King and Queen – his grandparents – aren’t getting any younger.  It won’t be long before he is called upon to assume the reins of kingship, and he’s determined to do his duty, even if it means having to hide his true self.  But his plans are turned upside down when he meets and falls in love with Ben, an American journalist.  The author does a terrific job of exploring what it means for both men to commit to a relationship which is going to be subject to the intense scrutiny of the press and the public, as well as taking a good look at the workings of what the current royals refer to as “the Firm”.  It’s a romantic and funny and sexy and heartbreaking story and I loved every word of it.

If you’re counting Sheikhs as royalty, I also enjoyed Marguerite Kaye’s series of historical romances set in 19th  century Arabia, Hot Arabian Nights. Historical sheikhs was an unusual idea in the current market and my favourite of the four titles is the first, The Widow and the Sheikh, in which a young woman awakens from a drugged sleep to discover she has been robbed by her servants and abandoned in the middle of the desert.  Of course, she is rescued by a handsome stranger who escorts her to the nearest city in the kingdom of Qaryma… and he is (also of course) not a mere businessman, but the ruler of the kingdom.  All the fairytale escapism one could want is wrapped in a tender, sensual romance of the sort at which the author excels.

Anne Marble: Lately, I think the closest I got to reading a fun novel about royals might be a series about a time-traveling Richard III – the Richard III in the 21st-century series by Joan Szechtman – who I think is fairly well-known in Ricardian circles. A Ricardian with a lot of money uses time travel to pluck Richard III out of the Battle of Bosworth and into modern America. Much of the book is about Richard adjusting to a completely alien type of life – not just the medical advances but religious issues, prejudices, etc. Although he keeps his real identity secret from most people, there is also political intrigue that arises because of rumors that he is Richard III. What would happen to the Crown if a long-dead king turned up alive in the present?

Caz: Possibly my favourite piece of historical fiction (of all time) is a Richard III book – Sharon Penman’s The Sunne in Splendour – I can’t believe it’s been over 30 years since it was published.  It tells Richard’s story from when he was about sixteen or seventeen, in and out of exile with his brothers and already his brother Edward’s most trusted commander during the Wars of the Roses – until Bosworth and it’s utterly brilliant.

Kristen: I love Emma Chase’s Royally series because it’s fun. Set in the fictional country of Wessco, the series introduces us to heir Prince Nicholas first, and then his brother Henry, as well as their respective ladies and all are people I want to spend time with. The third in the trilogy doesn’t deal with royalty directly – writing about one of the brothers’ bodyguards and one of the heroine’s sisters – but is still set firmly in Wessco. The world is fully realized and Ms. Chase delves into the real consequences of the choices of people who are both public and private. Additionally, the dialogue is snappy, the sex is hot, and the happily ever afters are earned.

The Royal We is the Fug Girls’ imaginings of Kate and William’s love affair, if Kate was American. I sat down to read this on the beach one day last year and got up several hours later, slightly more sunburnt but eminently happier in my heart. The tale was engrossing, delightful, sexy, and super fun.

Shannon: Suddenly Royal by Nicole Chase is a light-hearted royals romance, but it has its serious side too. Our heroine has lived all of her life in America, but, when she learns a startling truth about her family heritage, she picks up and moves to the fictional country of Lilaria in hopes of learning who she really is. Of course, she finds love in the arms of Lilaria’s crowned prince along the way. I laughed out loud on several occasions, but Ms. Chase also made me stop and think about what it must be like to live life as a monarch. It’s definitely not all pretty party dresses and servants who obey your every whim.

Johanna Lindsay’s Once a Princess was actually my first romance featuring royals. The characters aren’t always easy to like, but the setting is magical, and I totally bought into the romance. Of course, I was about fourteen when I read it, so take all of this with a grain of salt.

Dabney: Thought I’ve read many stories with princes as the heroes, the one that has stayed with me and that I’ve recommended to many is Shannon Hale’s The Goose Girl. Rather like Ever After -my favorite movie where the heroine weds the crown prince – this is a heroine who saves herself and the prince. This was the first of Hale’s books I read and, while I’ve enjoyed those that followed, this is still, to me, her best.

Keira: Our family has loved every one of Shannon Hale’s  books we’ve read. Such a stellar writer!

Lisa: I remember the Hale being wonderful too! The Lost Princesses series by Christina Dodd was a lot of fun; it’s the story of three princesses who have been forced to flee their obscure kingdom in the Great Pyrenees.  Each of them has settled into mundane life as ordinary citizens, at least until they find princes of their own to couple up with.

Those are some of AAR’s favourite royal stories, but what are yours? Are you following the latest royal engagement? Do you like your heroes or heroines to wear crowns, and if so, have we missed any of your favorite books?

Check out these posts:

Yes We Can! Our Favourite Activist Heroines

Romancing it Royally – Some of our favourite royal romances

Since we did this list, Molly O’Keefe has released a really solid royal romance called My Wicked Prince. It’s notable for its depiction of an Iceland-style small Scandinavian monarchy. https://allaboutromance.com/book-review/my-wicked-prince-by-molly-okeefe-31-mar-b/

And of course this list predates all of Alyssa Cole’s wonderful Reluctant Royals, starting with A Princess in Theory! https://allaboutromance.com/book-review/a-princess-in-theory-by-alyssa-cole/

Among the books you mention here I’ve only read Lilah Pace’s duology His Royal Secret & His Royal Favorite and I really enjoyed it. I recommend it wholeheartedly!
I’d like to read Royally Screwed sometime in the future, I’ve seen very good reviews about it and I’ve got it in my TBR list.

Question about The Goose Girl… is it too obvious how young the characters are? I see on GR they labeled it young adult but I try to stay away from those. If it’s not as obvious or not a huge part of the characterizations, then I’d give it a go! I like fairy tales adaptations/versions.

The protagonist is in her late teens. Because of the time she’s in, she functions as an adult. But it’s definitely written in a way that adolescents can read it.

Thank you for your reply.
But the attitudes and actions aren’t childish, right? Have you read Melanie Dickerson’s books, she also re-tells fairy tells and her characters are young. If you have read her, would you say there’s a comparison between the two in terms of writing?

No childish actions here at all. I haven’t read Dickerson.

I agree. Because of the medieval/fantasy setting, the modern concept of “YA” doesn’t apply. The heroine is a teenage princess, but she’s not in high school, she’s trying to prepare for international politics and national leadership. I think they just stuck the label on for marketing – the heroine is a teenager and YA fantasy is selling well, so why not call it that? If the book had been released a lot longer ago, it would probably have been shelved in regular fantasy alongside things like The Hero and the Crown by Robin McKinley.

I think McKinley has been moved to YA these days too.

While Shadowheart by Laura Kinsale is definitely a darker story than many mentioned above, it is one of my favorite Kinsales. No one else can weave such complex characters and plots IMO. In this story, the heroine suddenly finds herself the ruling royal of an Italianate kingdom and thrown in the midst of civil war and assassination plots. The hero is tasked with keeping her safe and getting her to the throne intact and in power.

I liked the series by MaryJanice Davidson that begins with The Royal Treatment, though the first book is not the strongest.

This series imagines that Alaska is a separate country with its own royal family. The individual stories are each focused on a particular prince or princess finding true love, but my favorite character throughout is the King, the dad of all those princes and princesses.

For the first book, Goodreads reviewers use descriptions like “bonkers,” “cute,” “snarky,” and “the Princess Diaries for grownups.” I would say those are all fairly accurate.

The Royal Treatment is a very cute and modern story released this year.

Have you guys seen the Love, Actually/Harry&Meghan meme on social media? It’s adorable.