War romances have a certain intensity to them that draws in audiences. But what happens once the war is over? How do people wrestle with what they have experienced and how can they adjust back to civilian life? That’s our theme this month in TBR Challenge. Caz read a novel taking on the aftermath of World War I, while Lynn went a little further back in time. Her pick features soldiers adjusting to civilian life after Waterloo.

Set in Paris shortly after the end of World War One, Lost & Found is the story of a traumatised young American doctor who returns to Paris to search for his best friend, who has been missing since before war ended. It’s the compelling story of one man’s search for so much more than […] 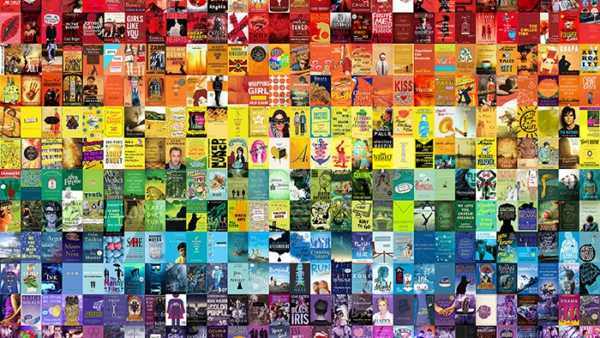 Twitter said AAR is the worst. Is it true?

Last Thursday, October 26th, was not a good day for AAR. By the day’s end, many on Twitter—romance authors among them—had tweeted and retweeted accusations that AAR and its readers are racist, sexist, and ablest. END_OF_DOCUMENT_TOKEN_TO_BE_REPLACED

Talk about an overwhelming prompt!  This month we are challenged to read a contemporary romance for the TBR Challenge, and that leaves readers with an embarrassment of riches as contemporaries have been in high supply for the past few years. I ended up choosing a sports romance which I had seen recommended on Twitter, and Caz went with an m/m contemporary that turned out to be a winner as well. END_OF_DOCUMENT_TOKEN_TO_BE_REPLACED

I’m a greedy reader.  If I like a book, I tell every person on earth (who will listen) about it and insist they read it right away, regardless of the types of book they tell me they like, or even if they (god forbid) tell me they ‘don’t read romance.’  And if the author has a back catalog and/or the book I loved is the start of a series, I buy or borrow the other titles right away, regardless of price, and I move those books right to the top of my TBR pile.  Very little will deter me from a binge, even though I’m always sad when they come to an end.   #sorrynotsorry

Not too long ago, I picked up In the Wreckage, book one in Hailey Turner’s Metahuman Files series.  I can’t remember who recommended it to me (I owe that person a big THANK YOU), but […]

When it comes to the gay romance I like them best with at least a touch of magic; it can make for fascinating worlds and thrilling conflict. But sometimes it’s tough to find a book that’s just right. That’s when picking up an anthology is the perfect solution.

So when I considered the selection of magical heroes I would like to recommend I decided to spotlight one of my favorite anthologies: Charmed & Dangerous, edited by Jordan Castillo Price. From shape-shifting princes to hard-boiled detective mages these short stories and novellas represent a fabulous mix of magic and romance. They also serve as appetizers to the longer novels and numerous series.

The End of a Series by Layla Reyne

A few weeks ago, one of those Facebook reminders popped up in my feed, highlighting my tweet from last July when we announced Agents Irish and Whiskey. A year ago, I was celebrating with friends in San Diego before my first RWA National Conference. My first writing conference of any kind. I don’t think I ever fully grasped the saying “time flies” until that reminder message. I can’t believe all that has changed for me, and Aidan and Jamie, over the past year, as three books and A LOT of explosions later, we reach the conclusion of the Agents Irish and Whiskey series. Is it bittersweet to finish my first series? A little. Is it a relief? More than a little, not that other projects aren’t already in full swing. Am I happy with where AIW is ending? You bet!

Avon Gale and Roan Parrish on Heart of the Steal (and a giveaway!)

The authors are giving away a copy of this ebook to two lucky AAR readers. Make a comment below to be entered in our drawing!

Roan: Heart of the Steal was born in a moving truck, on a hot as hell August day in the South. Well, that’s not entirely true—it had existed before, IN AVON’S TWISTED BRAIN.

Avon: Yes! And it was very convoluted and involved a side plot with a serial killer. Which is just what you want in your opposites-attract romance novel, right? I was having a lot of problems with the story and wanted to talk it out with Roan, and what I was really in love with about the story was the characters far more than my plot. When I was talking it out with her, she immediately started giving me such great ideas, […]

Hi! I’m Avon Gale, and I’m here today to talk a little about queer representation in sports romance. As a queer person, and a writer of sports romance, this is obviously a subject near and dear to my heart. My series, Scoring Chances, is set amidst the lives of queer minor league hockey players and coaches in the southern United States. While the ECHL is a professional hockey league, it’s a completely different world from the majors and it brings its own set of challenges for my characters – everything from a hectic schedule, sub-par facilities and (because it’s the south) low-attendance that constantly threatens the security of a team.

Of course I want my characters to have their HEA with their love interest (even if I have to put them through the wringer to get there!) But I need […]

All About the Money: A Guest Post by Santino Hassell

That’s the route I tried to go when writing about Ashton Townsend in Concourse, the next standalone novel in the Five Boroughs series. Ashton is the queer son of the wealthy family who runs Townsend Telecom—the AT&T of the Five Boroughs Universe. His […]