How to use tags instead of our Special Title Listings

We haven’t updated our Special Title Listings since 2016, but that doesn’t mean we’re not committed to making AAR the best place to find the kinds of stories you want. It’s more searchable and more up-to-date to put this function into our new tags. Many of the tags correspond to the old Special Title Listings categories. Sometimes it’s a tidy exact match; sometimes there are multiple tags for one former Special Title Listing, and sometimes, well, there isn’t a tag that matches up. We’re all volunteers and we can’t get to everything!

If you liked the old STLs, here is a list of tags most likely to help you find the romance novel you’re looking for. The best way to search for these is to go to our new Power Search 2.0 and just type the tag into the search bar! You can also scroll down on the left where you see list of tags and check the tag you want, but that list is only some of our most common tags and may not contain what you’re specifically looking for.

All in the Family

(Not Your Usual) Conflict

For the Love of God

One Foot on the Floor

Caroline’s work on tags has been such a gift to AAR and its readers. 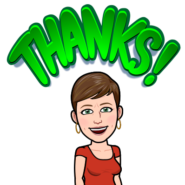 Thanks, Dabney. It’s a lot of work and it means a lot to have it appreciated. I think it’s worth it to maximize this database, which is truly unique not just in romance but maybe in genre fiction?

I agree and love that the new search feature returns results with more than just a title. I used to use the listings but it was a second step to look up each book’s review to make sure it was something I really wanted to try to find and read. Kudos to everyone working on tags and the new search feature!

Thank you! Caroline has done so much work with the tags. It’s all her!